Trifexis vs. Comfortis: What are the Differences? – 2022 Guide

If your dog has ever encountered this annoying, aggressive, and rather a common enemy called fleas, then the names Trifexis or Comfortis probably sound familiar to you. The Internet is flooded with a variety of information about treatment assets specially designed to help dogs and kitties fight them, so these two products have become the focus of interest quite soon. Having in mind the fact that every pet owner extremely cares about the animals being happy, well taken care of and healthy, it immediately became clear that products against unwanted guests are an unavoidable thing.

In the sea of countless options on the market, at times it’s really difficult to choose something with certainty and not to regret it. Previous customer reviews are valuable, but not all pets are the same and they don’t like the same things. A number of them have various types of allergies that prevent owners from using certain means to remove parasites and fleas, which makes things much more complicated. Plus, cats and dogs are, despite the fact that they’re equally protected and cared for by humans, still two species of animals and different rules apply for each kind of animal.

So, if you persistently encounter this problem yourself and want your fluffy fellas to get rid of fleas and continue their life without these vermins, this article will help you see the differences between the two most used products in this sphere. Trifexis and Comfortis are still used extremely successfully today and many swear by them – and this comparative analysis will help you decide which of these two alternatives acts as something that would be the ideal solution for you and your pets.

1. The presence of milbemycin oxime 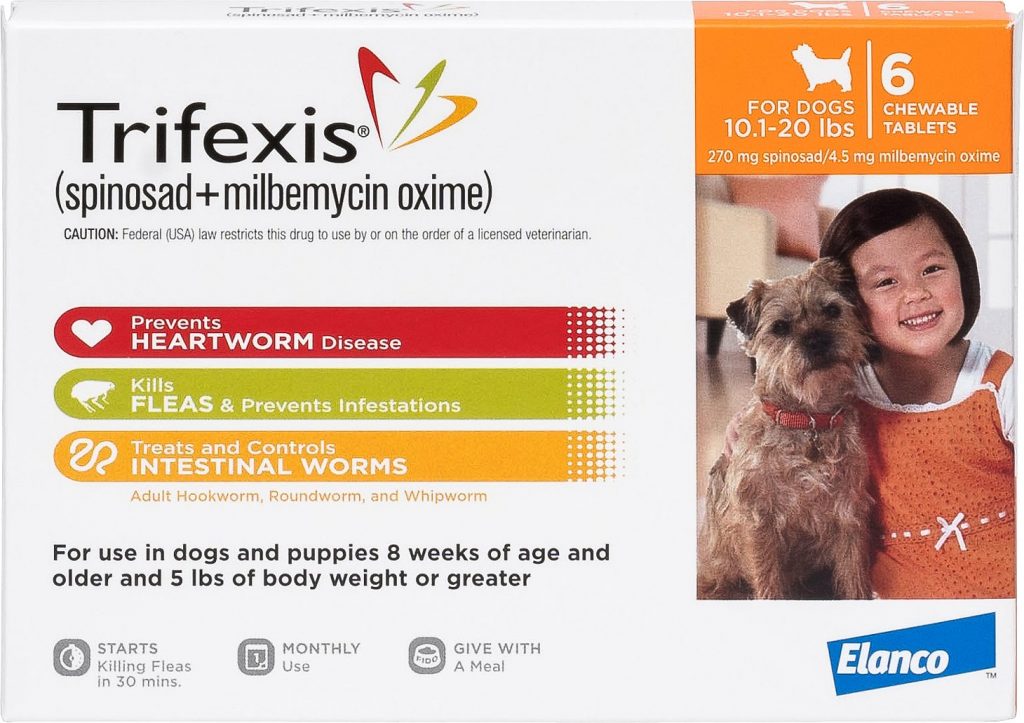 First of all, it’s worth mentioning the main thing, and that is that Trifexis is actually an improved version of Comfortis. In its primary version, the product was based on spinosad, a substance thanks to which fleas experience various types of symptoms, such as muscle spasms and general paralysis. This leads to their rapid death, which guarantees the release of pets from pests, so the product was once extremely grateful for its use and also recommended.

When the original formula was transformed into Trifexis, it was accompanied by a special supplement in the form of a substance called milbemycin oxime. In addition to the effect that spinosad itself has, which has shown itself as quite useful and has been solving the problem since this endectocide improves the effectiveness of the drug and puts it on a higher level. It’s one of the antiparasitic agents that have an even stronger effect, and is, therefore, able to solve some other worrying phenomena to which pets are susceptible.

2. The parasites that they’re efficient for 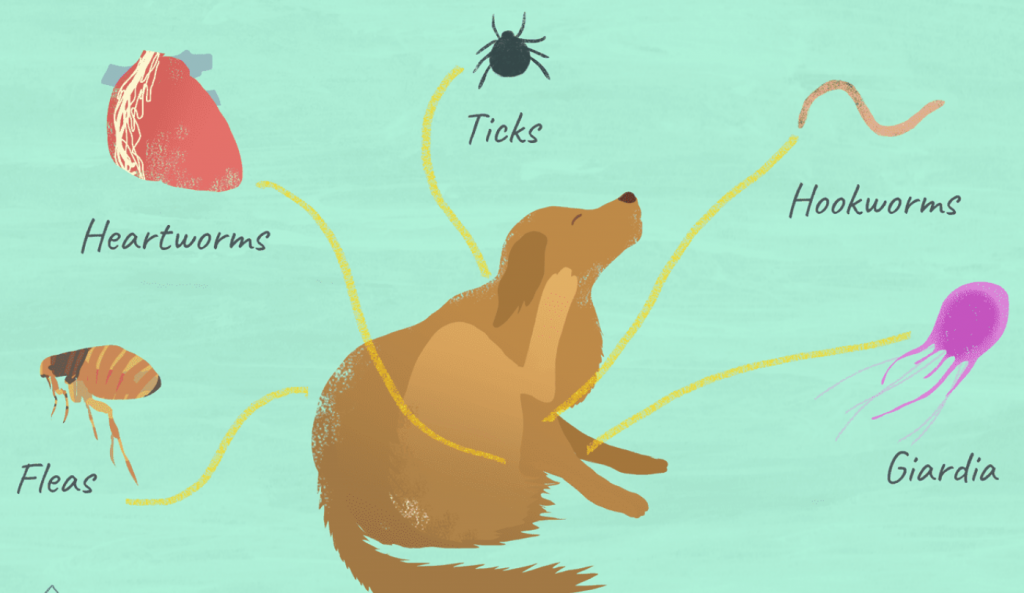 The amount of milbemycin oxime contained in Trifexis was added to this preparation with the intention of extending the applicability of this product beyond the scope provided by Comfortis. Namely, if your pet only fights fleas and you have no indication that it needs therapy against other parasites, the first version, ie. Comfortis will do quite a solid job and more than effectively.

However, it happens that in addition to fleas, there are other, internal parasites, such as heartworms, hookworms, whipworms or similar. In this case, the improved variant is a much better thing to opt for. So, what actually separates these two the most is the applicability to diverse types of diseases that attack your animals. Either way, this method can also have flaws, since Sarah Robinson in her article on dogstruggles.com claims that, unfortunately, this product, no matter how successful it is, is not strong enough to kill tapeworms.

3. Not both of them kill larvae and eggs 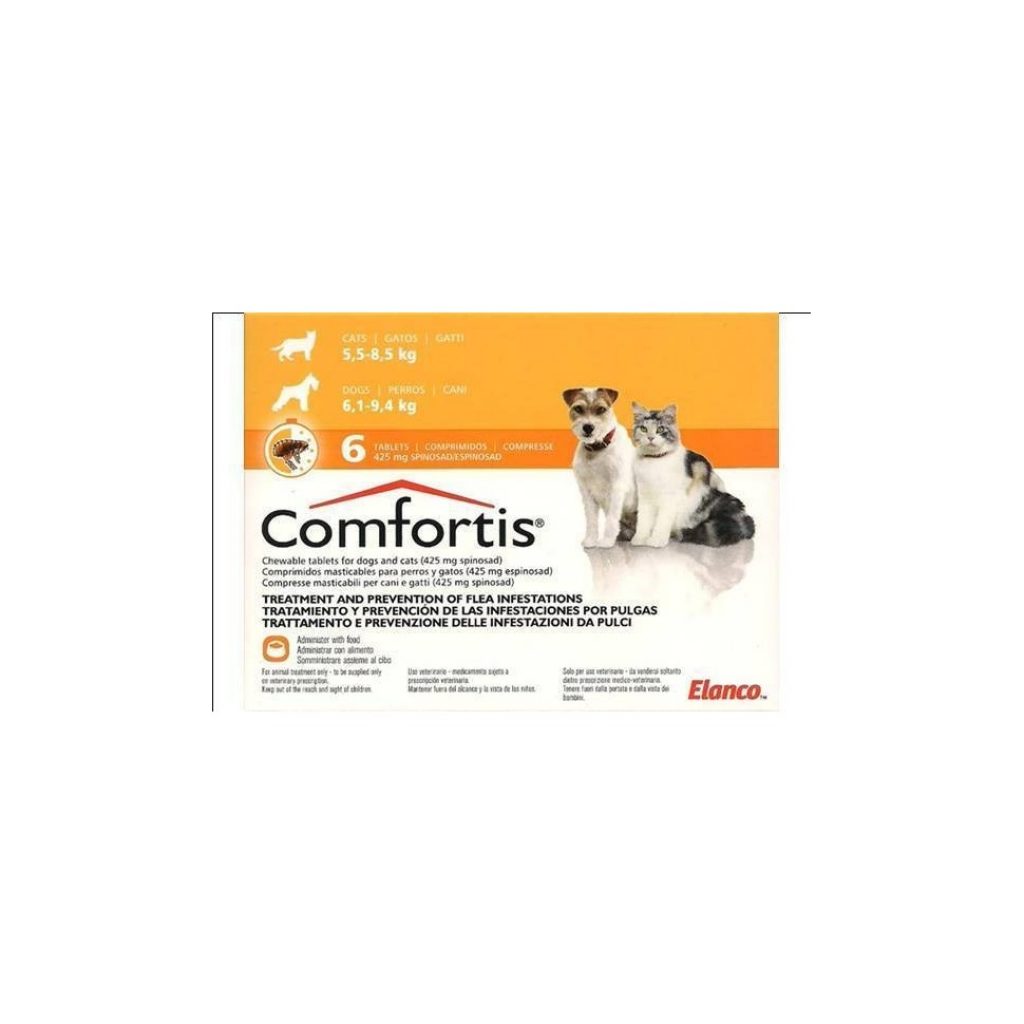 Anyone who knows at least a little about fleas and parasites is probably informed and fully aware of the fact that they all come from somewhere, that is, they’re aware of the number of larvae and eggs that hatch out tirelessly. This is certainly not good news for your animal nor for you as the owner, as the preparations often kill fleas, but there’s nothing they can do about their eggs that keep continuing where they left off.

This is, unfortunately, the case with Comfortis, since research and experience have proven that its use doesn’t actually have a positive effect on the removal of larvae and eggs of fleas and other harmful organisms that can be found in the body of a dog. In contrast, Trifexis is just as effective as expected when it comes to this. It’s assumed that this is also due to the same ingredient that enables the fight against multiple enemies, and not just fleas. 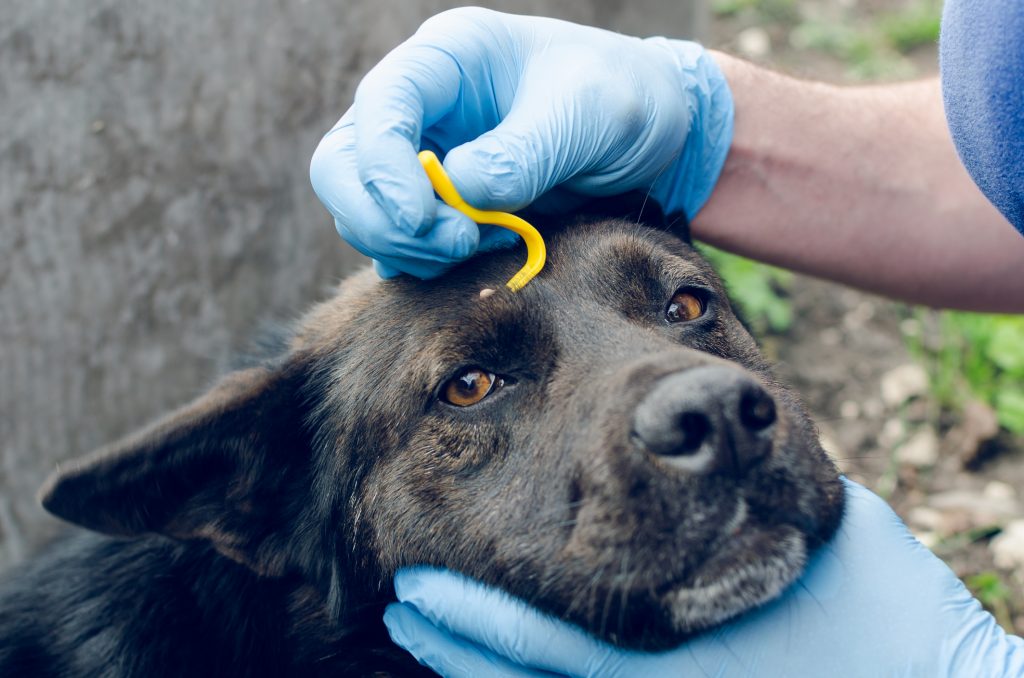 Just as we mentioned earlier, each species of animal is a case in itself and what’s definitely true is that it’s obligatory for us to study the therapy and the amount of spinosad it contains in a certain amount of preparation. Why is this crucial? Cats and dogs are different from each other in many ways and their organisms function on a principle specific to their species. It often happens that a certain dose of treatment product that works well in a dog and is more than prosperous tends to be too much for a cat. For this reason, special attention should be paid to the amount and milligram of the preparation given to cats, in order to avoid undesirable complications.

Due to this, and also due to the strength that characterizes Trifexis, it isn’t advisable to use it on cats, while Comfortis is desirable to apply on felines, but only on those who are older than 14 weeks, ie. around three months. Since the tablets of both products are taken orally, it’s required to dose them wisely in order to avoid contraindications and problems.

Each and every product has its customer. You have seen it for yourself, too, if you have read this whole text since after this explanation it should be quite clear which of these two products could be the right thing for your pet. Despite many controversies and conflicting opinions, it still turned out that both really served their purpose, so don’t hesitate to check it out by yourself. And well, about the one you choose – the decision is up to you!

6 Advantages Of Owning A Horse Ranch