When Should A Grease Trap Be Emptied – 2021 Guide

Every year, more than 10 million tonnes of grease find its way into sewerage systems all around the world. Now, as you probably know, grease isn’t exactly a free-flowing substance, quite the opposite in fact. It latches onto the walls of the pipes, damaging the systems and obstructing the flow. When you think about it, this poses a significant threat to the environment and if not regulated, can cause some major issues in the long run.

Luckily, many have already noticed this and laws have been put into place. In many countries around the world, there are rules and regulations regarding the disposal of FOGs (fats, oils and grease). These rules dictate that the FOG waste isn’t to be disposed directly into the sewerage, therefore protecting the environment and minimizing the repairs of the drainage and sewer systems and piping.

However, one might wonder, if not down the drain – where do you spill the grease? How do you dispose of this FOG waste? Well, there’s this contraption or a machine called grease trap and that’s all you need. Granted, most households don’t need a grease trap, but a restaurant or any other kind of establishment with a commercial, high-traffic kitchen does.

What Is A Grease Trap? 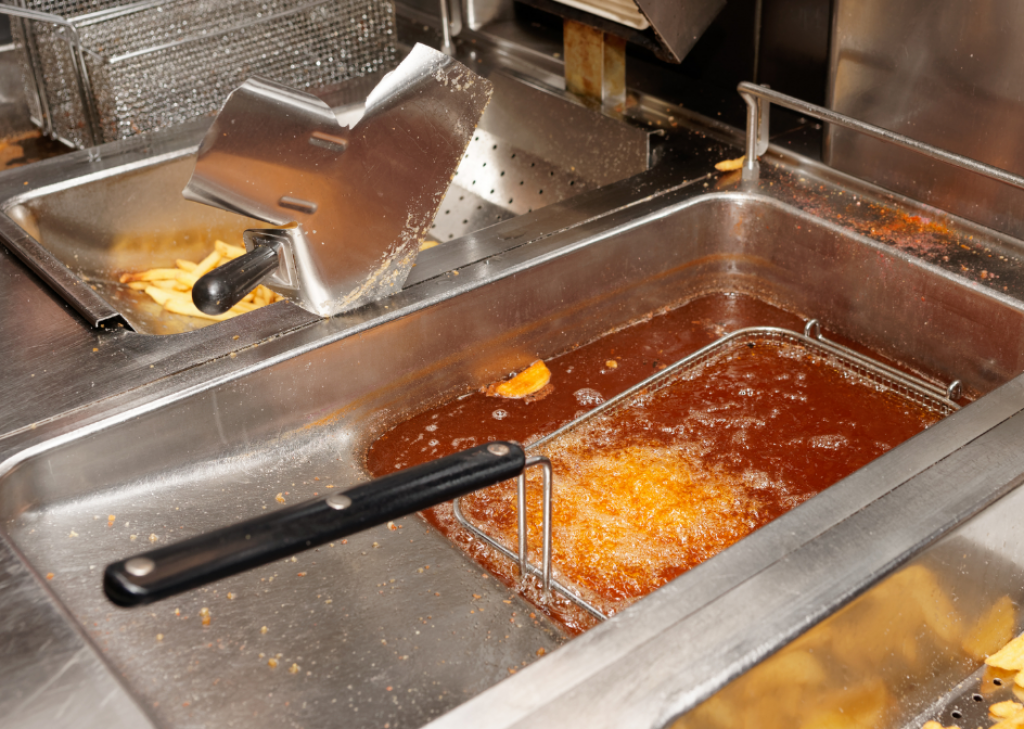 Many aren’t familiar with this device. That could very well be due to the fact that the grease traps aren’t quite often found in regular households. However, as the name suggests, this is just a machine that traps FOG waste. It can be found in many commercial kitchens, like those in restaurants, schools or hotels.

How Does It Work?

A grease trap is a rather simple device. It works on the basic principles of density and physics. As you know, FOGs are not as dense as the water, so when put together, they float on top. That’s basically how this machine works. A greasy, watery waste is being drained into the machine where it’s slowed down enough so that the FOGs can be separated from the water. Once it’s slowed down, layers will be formed. The bottom layer, water, will move on into the sewers, while the fats, oils, grease and solids will remain on top and stay within the contraption.

That begs the question – how often should you empty the grease trap? If the fats are staying inside, how long before you have to crack it open and clean it? Well, there’s no universal answer, as there are different kinds of traps on the market, but there are some general rules everyone should follow.

The first rule would be not to listen to those who claim you never have to clean the grease trap. That’s an absolute lie and if you try and take that approach, you’ll soon learn that you’re in for big trouble. Cleaning and emptying the tank is extremely important.

So, now that we know that ‘never’ is not an option – when should we clean it? 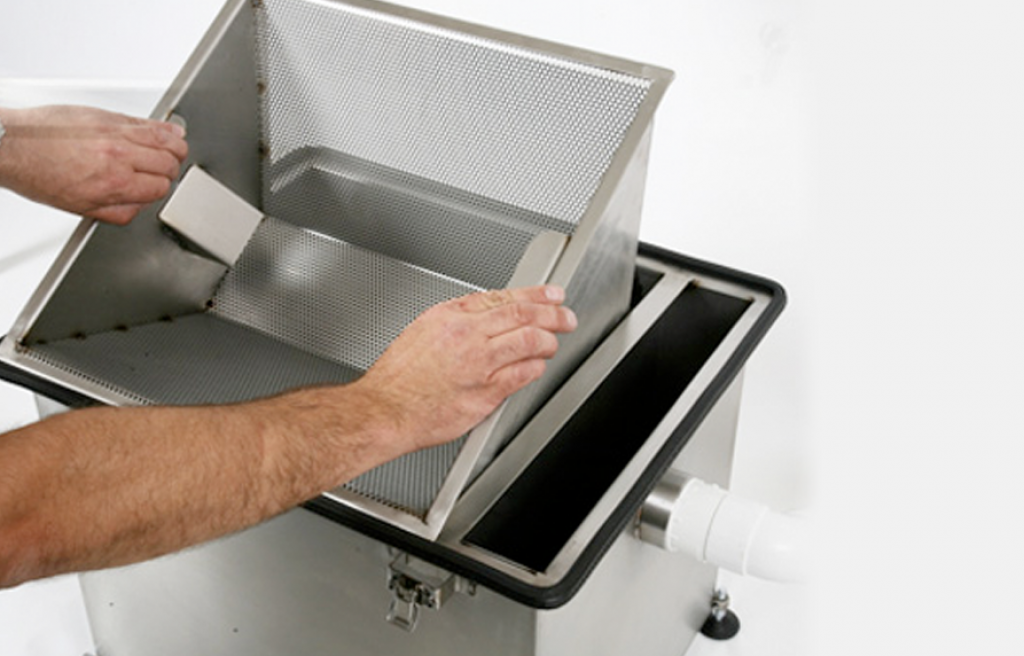 If you were to ask any professional, like greasetrapsanjose.com for instance, they would all tell you that the ideal time to empty the tank would be once it’s 25% full. This is also known as the quarter rule and is generally considered as the industry standard.

Most of us aren’t used to cleaning or emptying trash cans when they’re a quarter full, so one might wonder, why do we empty the traps once they’re a quarter full. Well, unlike trashcans, the grease traps aren’t only a place to store the waste. As we’ve mentioned, they serve another purpose and that is to separate the water and the FOG. Once the trap has been filled with FOGs all the way up to 25% – it becomes less effective. From that point on, the separation isn’t as good and you’re moving more than just water into the sewers.

Not to mention, once you start building up the FOG, the chances of breakage spills and overflowing drastically increase.

As we’ve mentioned before, there are several different types of grease traps, so, let’s take a look at them.

When it comes to AGRUs or automated grease removal units, you can easily monitor the state of the tank, as these devices automatically separate water and the FOG into separate containers, so you can easily see when the emptying time comes. These don’t have to be emptied once they hit 25%, but it certainly couldn’t hurt to empty them when they do.

In the case of large-scale operations, these regular grease traps don’t generally get the work done. In those instances, a gravity trap is used. Generally speaking, all of these are the same device, only a gravity trap has a tank about 1000 times larger than the regular ones and they’re usually buried underground so that the FOG waste can fall into it – hence the name. When it comes to these, you empty them once the tank gets full. Obviously, you don’t wait for it to overflow, but you don’t have to rush to empty the tank until it’s over 90%. Naturally, you’ll have to hire professionals to perform this task, since you’ll need heavy machinery to pump out these enormous tanks.

One of the common disbeliefs is that automatic traps don’t need to be cleaned or emptied. Even though AT units remove over 95% of grease every day; 5% still gets left in the tank, which means, ultimately, you’ll have to empty it once every few months. Many would advise emptying an automatic unit every 3 months, but some could even go a year without being emptied.

Another thing people believe is that if you use bacteria and enzymes you don’t have to empty the tank. Once again, that’s wrong. Most fat-disposing bacteria can only handle up to 70% of the fog waste, which still means a large portion of it remains in the tank. That means that instead of never, you should probably empty these tanks every 2 to 3 months.

Can Еating Raw Garlic Be Harmful?