The technology behind 3D printing has come in in leaps and bounds in recent years. A decade or so ago, it was little more than a promising concept. The 3D printers of the time could print basic shapes or rudimentary versions of household objects, but nothing that could replace the function of a more complicated device, and certainly nothing you could eat. That’s all changed now. Advances in the science behind ‘printing’ more complication objects are made almost every day, and now experts are ready to usher us into a new era of eating 3D printed food – if they can convince the public that it’s safe to eat.

As shocking as that concept sounds, this new proposal isn’t the most advanced 3D printing process that’s currently at trial stage. Medical experts are on the verge of being able to reliably ‘print’ replacement organs for the human body, using genetic material taken from the patient who will receive the organ. If successful, the chances of a patient rejecting their new organ will be reduced to almost zero because their body will recognize it as having come from themselves. Aside from reducing the risk of rejection, this new field of research could completely eliminate the need for donor organs. Nobody would ever pass away because a donor’s heart, lung, or kidney couldn’t be found ever again. It’s an enormously exciting and promising concept – but one that we hope neither you nor we will ever have to benefit from. 3D printed food, however, might be on the menu sooner than we all think – and we’re all going to have the opportunity to try it. 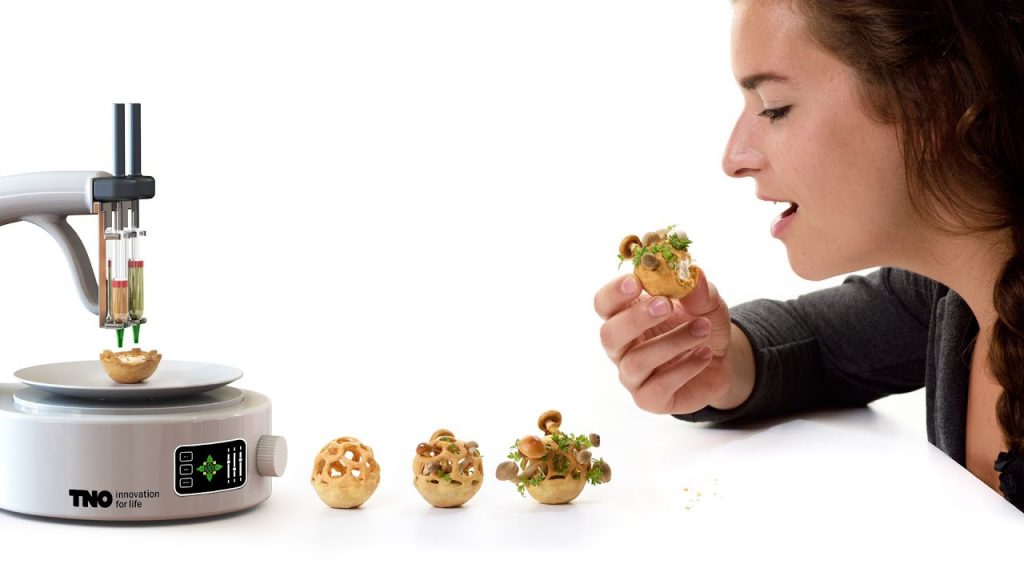 If any sort of company might be able to get the idea of eating 3D printed food into the public consciousness and make it acceptable, it’s a fast-food company. The world’s biggest fast-food brands process industrial amounts of meat every day, and in the past, that’s prompted concerns that their practices are unsustainable. All of that meat has to come from somewhere, and the more restaurants are built, the more animals are required to provide meat for them. That leads to higher methane emissions from enormous cattle ranches and questions about ethics and environmentalism. If meat could be grown in a lab rather than taken from a living creature, most of those ethical questions would disappear. That would obviously be an attractive proposition for any fast-food company, and now one of the best-known players appears to be ready to experiment with the idea. Their identity might surprise you, though. We’re not talking about McDonald’s or Burger King; we’re talking about KFC.

As a business, KFC has always prided itself on creating food products from 100% real meat – a fact that it uses to distinguish itself from rival companies who either fatten their meat using supplements or use mechanically-reclaimed meat or other cheaper alternatives. When you go to a KFC restaurant for chicken, the company wants you to know that the chicken you’re eating comes from a healthy bird raised in comfortable, natural conditions. Making chicken in a laboratory is about as far away from that idea as it’s possible to get, but that hasn’t stopped KFC from announcing that it intends to launch 3D-printed products in the very near future. Don’t worry about having to wave goodbye to your favorite Zinger Tower or Boneless Banquet box meals just yet, though – for the moment, the company is focusing on its chicken nuggets. They’re the cheapest and easiest snacks for the company to make, but also the most unnatural. That appears to make them the perfect candidates to be replaced by synthetic meat. 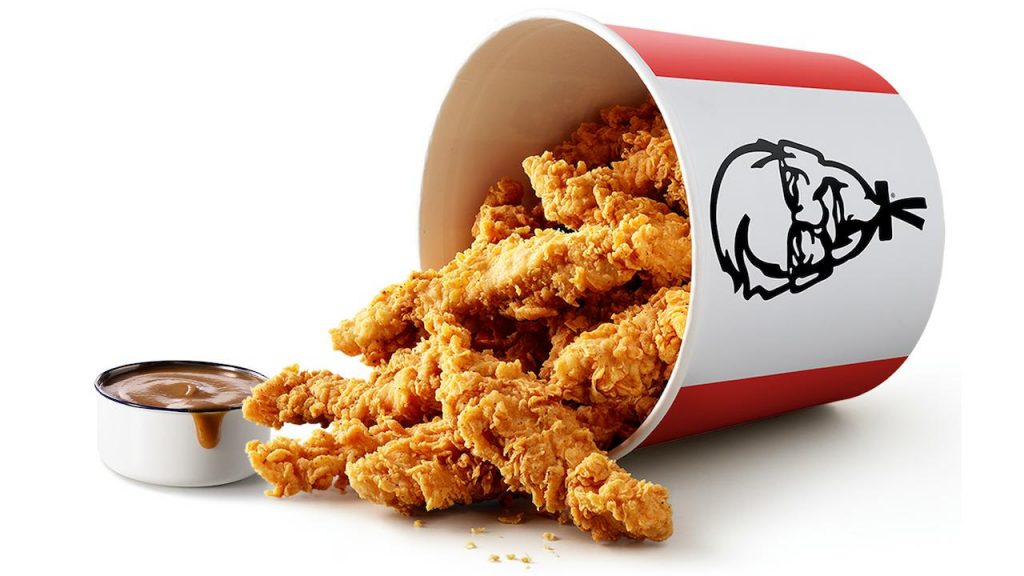 To a layperson, the processes involved in feeding proteins and ingredients into a bioprinter to product a solid meat product are almost unimaginable. We’re all familiar with the concept of how an online slots game works, where millions of calculations are processed when you press the ‘spin’ button to give you a random result. This is a little like an online slot in terms of complexity, but not in terms of outcome. No matter how lucky you are, you can’t guarantee yourself a win every time you play a game at a popular online website like Roseslots.com. To make chicken nuggets with a 3D printer, KFC has to follow a process that’s just as complicated and challenging, but ensure that they hit the jackpot every single time. That would have been utterly unthinkable as recently as five years ago, but it would appear that we’ve now arrived in the future.

Unsurprisingly, the company hasn’t entered into this project on its own. As skilled as KFC is at making chicken meals, it lacks the scientific pedigree to make 3D printed replacements. Instead of trying to do that, it’s working in partnership with a Russian company that has experience and expertise in printing foodstuffs from raw ingredients. The company, known as “3D Bioprinting Solutions,” will use plant material, chicken cells, spices, and breading inside its machines to print the edible products. Testing has been ongoing for several months, and both the Russian company and KFC are now happy that the taste and texture of the finished product are indistinguishable from ‘normal’ chicken nuggets. Now they’ve reached that stage, they plan to test the new nuggets at KFC restaurants in Moscow, Russia, this fall. Should the public be receptive to the idea, they may then roll it out across the rest of Russia and then, in turn, the rest of the world. 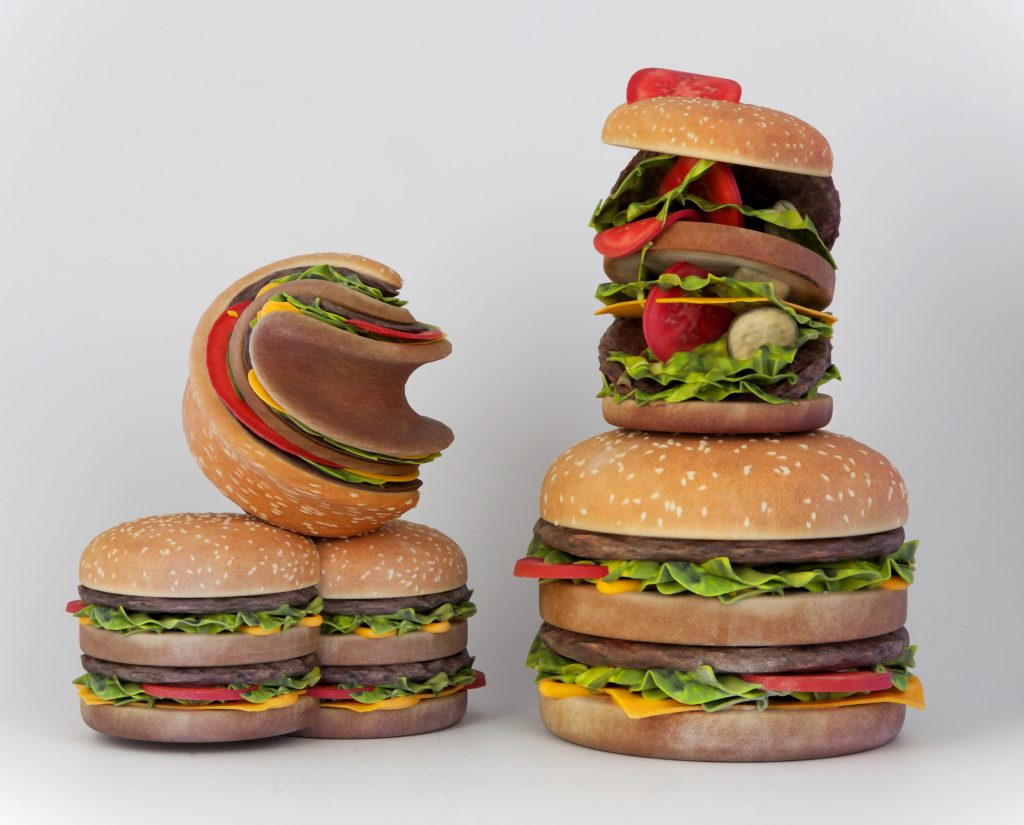 Just as many people have campaigned against genetically modified and mechanically reclaimed meat products in the past, we suspect that it’s highly likely that a significant proportion of the public will be against the sale of these lab-grown foods to the public. We expect to see protests and campaigns in the press. If we step back from our emotional reaction to the topic, though, this could be a way to feed the world’s ever-growing population without placing an intolerable demand on livestock or farming space. It’s been clear for many years that new ideas are required in order to ensure that future generations don’t run out of food, and this might well be a workable idea. The idea of eating something that’s been grown in a lab might make you shudder when you first hear it – but if it looks the same, tastes the same, and is made of chicken, is there really any difference?

8 Best Places With the Best Food to Visit in Spain

Top 5 Reasons for Considering a Meal Plan Company in Dubai