What celebrities eat, dress, what their daily and workout routine looks like is always something that interests the public. That is especially the case when it comes to the world’s biggest stars. When we talk about the diet and workout routine, there is certainly no person in the world who did not want to follow the routine that Dwayne The Rock Johnson has, for at least one day.

His profile is the fourth most followed profile on Instagram and most of the content is related to diet and gym. However, by just watching videos and stories, it is not possible to see exactly every meal he eats and every exercise he does. If you look up to him and want to do everything the same as him or at least similar, then you will be very interested to read this article where we will talk about him and his workout routine and diet. Who knows, maybe one day you can look like him and be equally strong.

Who is Dwayne Johnson? 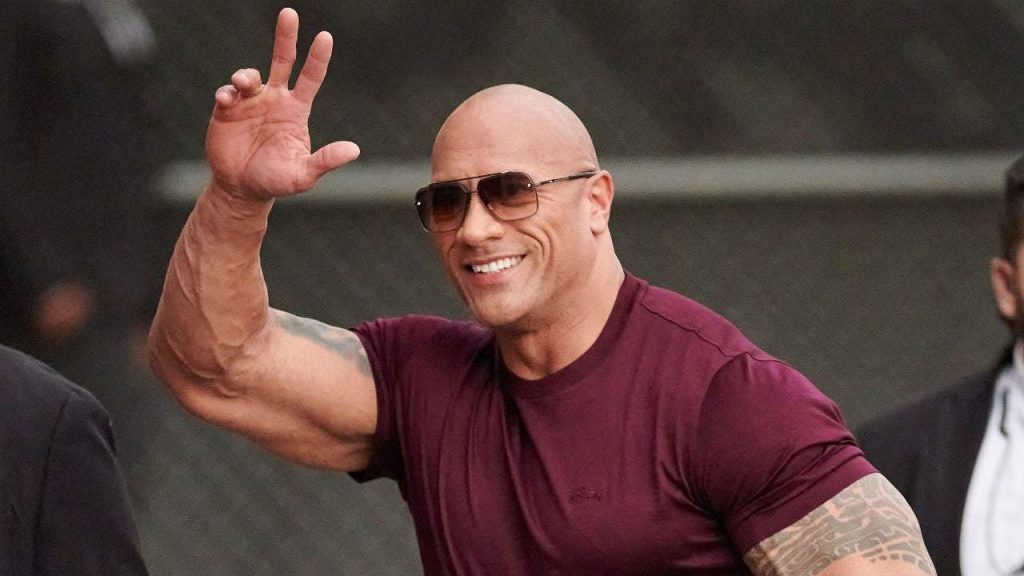 If you don’t live under a rock, you surely know who Dwayne Johnson is and what he looks like. Along with Cristiano Ronaldo, he is probably the most recognizable sports personality in the world. But what you probably don’t know is his everything from his life.

His sports career has been promising since high school, especially in football. He was a defensive tackle at the University of Miami, which is a Division I collegiate program, but never managed to play in the NFL. Whether the reason is insufficient talent or the fact that he was not a starter in college because he was unlucky to have his position taken by the legendary Warren Sapp, we will never know.

After he went undrafted at the 1995 NFL Draft, he devoted himself entirely to wrestling where he achieved notable results. And that’s where his rise to fame actually began. He was the Most Popular Wrestler of the Year several times and retired for the first time in 2004. After that, he returned to the WWE several times, but his career went far beyond sports.

Although we said that he and Cristiano Ronaldo are the most recognizable people in the world of sports, The Rock is also a pony actor. Even one of the highest-paid actors in Hollywood today. He stars in the Jumanji franchise, Fast & Furious, San Andreas and many other very popular movies.

For both his athletic and acting careers, workouts and strict diets have been a part of his life since high school. It can be said that his whole day is dedicated to being healthy, strong and muscular. 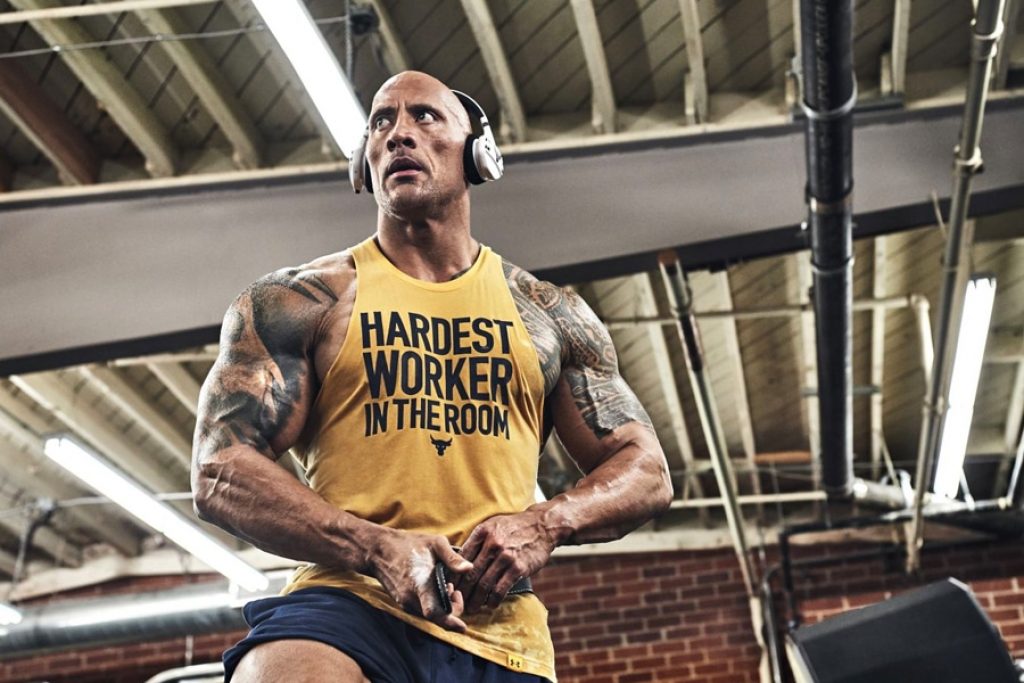 When we look at what The Rock looks like, we would say he looks like the Hulk. He is so muscular, big and strong. It is obvious he dedicated decades to training in the gym. Of course, part of the credit goes to Mother Nature, because he is 6 feet 5 inches tall and built like a bull. You have to be born with these characteristics.

However, if your genetics are not so good, it does not mean that you should give up. If you are committed, anyone can make very serious progress. And his workout routine can help you with that.

He has several workout routines, which depends on whether he is preparing for a particular role and the like, and we will give you a breakdown of training he is doing for the biggest part of the year.

He is working out 6 times per week. That is a 6-day workout split and only people in top shape can endure it. What each workout has in common is that The Rock is begging it with a running session that lasts at least half an hour. Running helps him warm-up for other exercises while maintaining a high fitness level and cardio health. Two days a week are dedicated to the legs, while he is focusing on other parts of the body once per week. Monday and Friday are leg days and then he is doing 8 exercises, 3 to 4 series each. This includes squats, deadlifts, machines and everything else.

Tuesday is for the back, Wednesday for the shoulders, Thursday for the arms and core, while Saturday is all about chest workout. All his other workouts also consist of 8 exercises. Most times he does 3 to 4 sets and 6 to 12 reps, which is a classic number of sets and reps for hypertrophy. He mixes compound and isolation exercises, to focus equally on overall strength as well as on developing each individual muscle. 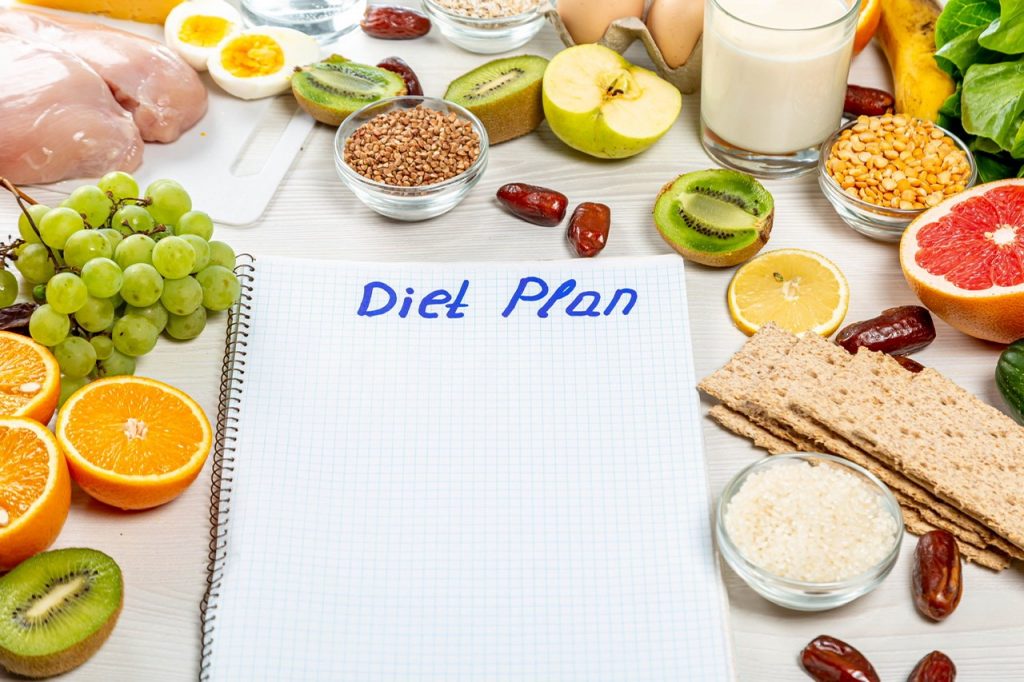 The Rock eats in one day what most people don’t eat in three days. This is the only way he can maintain 260 lb of lean muscles. The diet also depends on whether he maintains muscle mass or works on gaining extra, but his average daily calorie intake is over 5,000.

In order to meet his daily calorie intake goal, he does not differentiate meals according to the time of day, as most people do. He has 5 or 6 very similar meals, and each one looks like lunch for the average person.

Meat or fish is an unavoidable part of each of his meals and he eats between 200 and 300 grams of meat or fish per meal. In addition, he eats large quantities of potatoes, rice and pasta. The Rock also adds vegetables and eggs to his meals, in order to ingest all the necessary macro and micronutrients. Dwayne also has one to two snacks that mainly consist of protein shakes. As for the cheat meal, he usually has 1, on Sunday evenings, to be ready for the leg day that awaits him on Monday. Those are monstrous cheat meals, well known to all of his Instagram followers.

Supplements are an indispensable help that he uses, and if you are interested in which protein, creatine and other supplements he uses, you can read more here.

As you can see for yourself, his workout routine as well as the amount of food he eats per day is something that no average person could do. Nor would they need 5 huge meals and 6 training sessions. What you need to learn from him is which exercises to choose and what is the healthiest food you can eat. If you follow these tips, you will surely get a few dozen pounds of muscle mass.

4 Famous Youtubers That Made the Most Money in 2022