Elon Musk, the one and only person who has the spice of influencing the entire crypto market with a single tweet. Every time the celebrity CEO tweets on cryptocurrencies, he ‘practically’ shakes the market. In fewer than 280 characters, the billionaire and Tesla CEO have influenced the price of bitcoin and dogecoin. His remarks also raise questions about the stability of a market that is so volatile, especially as more and more ordinary investors flock to cryptocurrencies.

History Of Bitcoin And Elon Musk 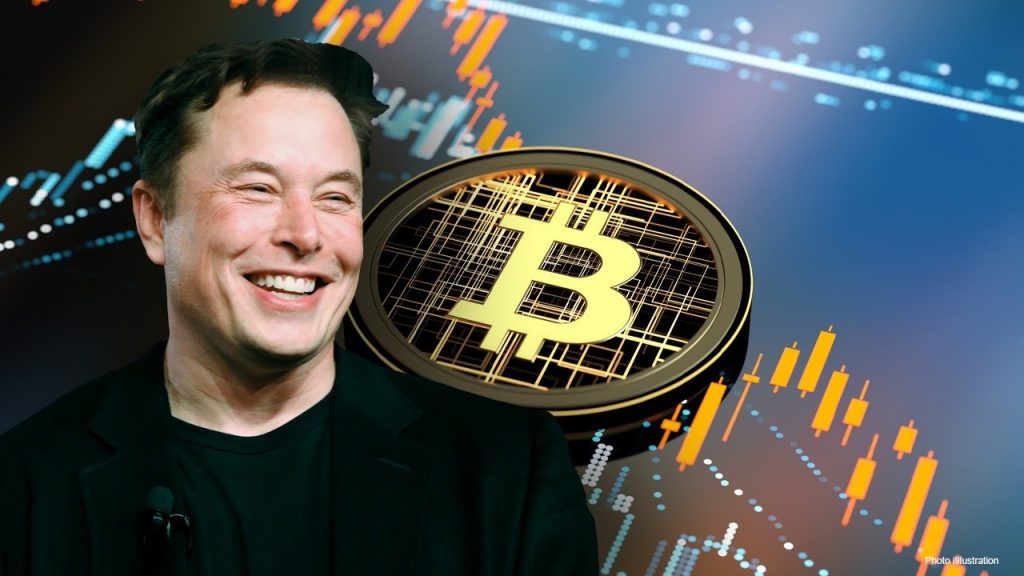 Elon Musk, a South African-born American engineer and entrepreneur, is the co-founder, CEO, and/or chief designer of SpaceX, Tesla, OpenAI, Neuralink, and The Boring Company, among others. These are cutting-edge businesses spanning a wide range of industries, including aerospace, electric vehicle manufacturing, neurotechnology, artificial intelligence, and infrastructure.

Prior to that, in 1998, Musk co-founded PayPal, one of the world’s first and most successful online payment processing companies. It went on to alter the way money transfers hands via the internet, reaching 325 million active users by 2022.

This history has compelled Musk to finally get involved — albeit grudgingly — with cryptocurrencies, a technology that went one step further than PayPal and its competitors by eliminating the need for centralized third-party processors entirely.

Elon Musk’s position on Bitcoin has altered multiple times over the years, and his Twitter feed has always been unpredictable.

For example, on March 24, 2022, Tesla CEO Elon Musk tweeted that a Tesla could be purchased with Bitcoin. This boosted the cryptocurrency market by assuring it that an institutional behemoth like Tesla is behind the game.

Musk later altered his prior decision to sell Tesla vehicles in exchange for Bitcoins on May 13. This has caused tremors in the cryptocurrency sector, resulting in a drop in Bitcoin prices.

The Musk Effect On The Cryptocurrency Market 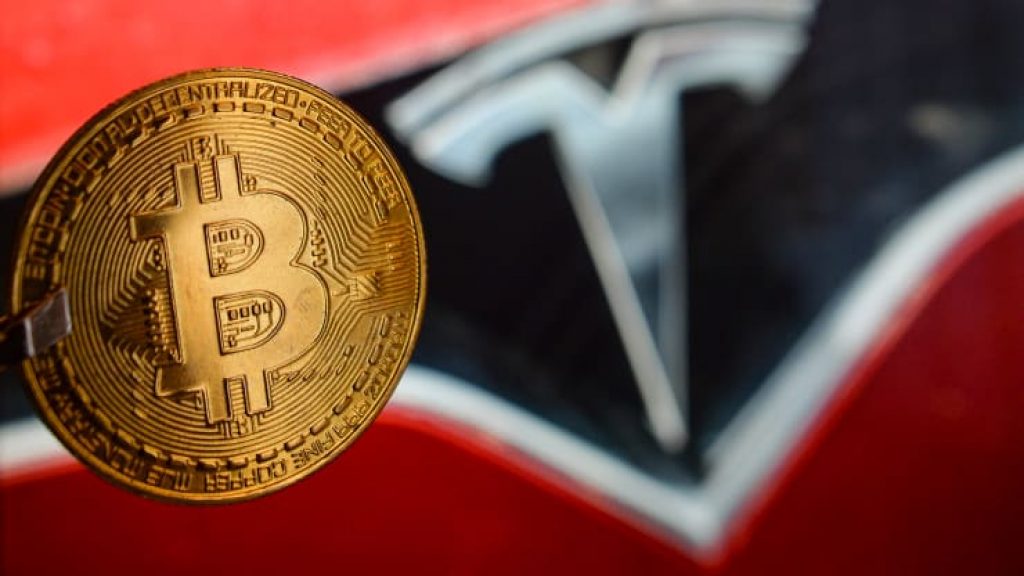 In the hours running up to Musk’s bio change, Bitcoin trading averaged less than 5,000 deals per hour. Trading increased to almost 20,000 trades in the 60 minutes following the bio alteration before returning to its typical trading range.

Musk’s tweet regarding Dogecoin on January 28 didn’t have the same instant impact on the cryptocurrency as his Twitter bio change, but it had a significant influence nonetheless.

The price of Dogecoin nearly quadrupled four hours after the tweet, before dropping nearly half of its new high in the following two hours. Musk’s Dogecoin tweet aided in a short-term surge of trade roughly five hours following the tweet, similar to the previous day’s Twitter event.

Musk’s Bitcoin and cryptocurrency tweets do not all have a positive impact on prices. His tweets “Bitcoin is my safe word” and “Bitcoin is almost as bs as fiat money” on December 20, 2022, were followed by a roughly 1.7 percent drop in Bitcoin’s price, with no discernible change in trading activity.

To stay updated with the latest Bitcoin news, visit bitcoincodesweden.com 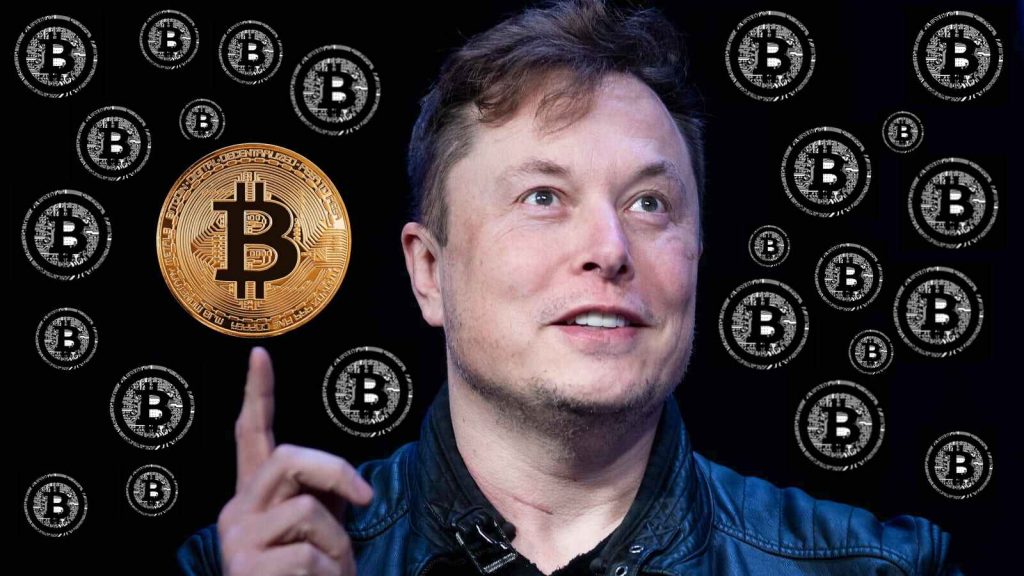 Elon Musk has made a U-turn on bitcoin due to concerns about its energy use, and has announced that his electric car company, Tesla, will no longer accept bitcoin as payment.

Tesla made a $1.5 billion investment in bitcoin earlier this year. Musk was chastised at the time for investing in bitcoin, with many pointing out that the cryptocurrency’s enormous electricity use was incompatible with Tesla’s ostensibly green credentials.

Musk now appears to have come to the same conclusion, tweeting on May 12 that Tesla would halt bitcoin sales due to worries about the rapidly expanding usage of fossil fuels for bitcoin mining and transactions, especially coal, which has the worst emissions of any fuel, according to Musk.

Bitcoins are created (or mined) via a concept known as proof of work, which entails solving computationally tough and functionally worthless puzzles that cost a lot of electricity. Annual electricity consumption for the currency is anticipated to be 148 terawatt-hours and increasing, or almost the same as Poland’s. Worse, some of this energy is generated by coal-fired power plants.

Tesla will neither accept or sell bitcoins for the time being, according to Musk, but plans to use its holdings after mining “transitions to more sustainable energy.”

Musk’s enterprises are involved in a variety of cryptocurrencies, including Bitcoin. Although his description of the currency as a “hustle” during his 8 May appearance on Saturday Night Live knocked the price down by 35%, one of his other companies, SpaceX, is apparently already accepting Dogecoin for satellite launches. Musk polled his followers on May 11th about whether Tesla should take Dogecoin as payment.

Because the computations necessary to mine coins are less complex, Dogecoin requires less energy each transaction than bitcoin, with bitcoin requiring 707 kilowatt hours every payment and Dogecoin requiring only 0.12, a switch might lessen Tesla’s environmental impact.

Other cryptocurrencies, on the other hand, adopt alternative approaches to transaction security, such as basing ownership of their blockchains on the number of coins or the amount of hard disk space someone owns, though Musk has made no public statements on them.

Whatever direction Musk’s views on cryptocurrencies take, it’s apparent that the billionaire’s tweets will have a significant impact on the industry. His anti-bitcoin position resulted in a 15% reduction in price right away, but prices are increasing again. Of course, this market frenzy has its own environmental consequences, given the amount of energy used in every transaction.

The future of Tesla and Musk with Bitcoin, or any cryptocurrency, is still a mystery. The only certainties are that Tesla still has Bitcoin and that Dogecoin is now accepted as payment for automobiles. With Tesla’s crypto journey so far being so rough, there will almost certainly be more shocks in store.

Recall, buy bitcoin with credit card on the Paybis website