3 Sports High Schoolers Should Play to get a College Scholarship

Different sports fluctuate between what percentage of athletes get to participate on scholarship. For example, boys basketball is the second most played sport in the country, however only 3.5% end up playing with a scholarship. If you throw the javelin in track however, that percentage jumps up to 10%.

There are two variables to really consider if you or your athlete wants to play in college on a scholarship; the amount of competition and the number of scholarship opportunities. Competition is great, right? Well yes, it makes the athlete better, which in a way will elevate their game and provide more opportunities to play in college. However, too much competition can also turn any dream into a nightmare.

In the United States more than 460,000 girls participated in high school  volleyball in 2020. When you consider that only six girls play on the court at a given time, this becomes an oversaturated market. Despite volleyball being one of the biggest sports in college, the pure volume of high school athletes makes it very difficult to play at the next level.

Looking at pure numbers, however, can also be deceiving when choosing a sport. While volleyball may have a ton of girls playing every year, most of them realistically are looking at being either a setter or libero in college, unless they are over 6 feet tall. If a girl is that tall and plays the blocker position, then the field becomes much less competitive.

With a high volume in mind, it may be the obvious choice to go find a sport that is less common. While the idea sounds good, it is also important to make sure that there are opportunities at the next level.

Boys water polo may seem like the perfect answer. In 2020, only about 23,000 high schoolers played on a team. The issue is that water polo isn’t common in college and teams are only issued 4.5 scholarships per team for a total of 148.5. That means less than 1% end up getting a scholarship.

Finding a balance between competition and scholarship opportunities is key. Here are three sports that your athlete may want to consider that strikes a nice balance. 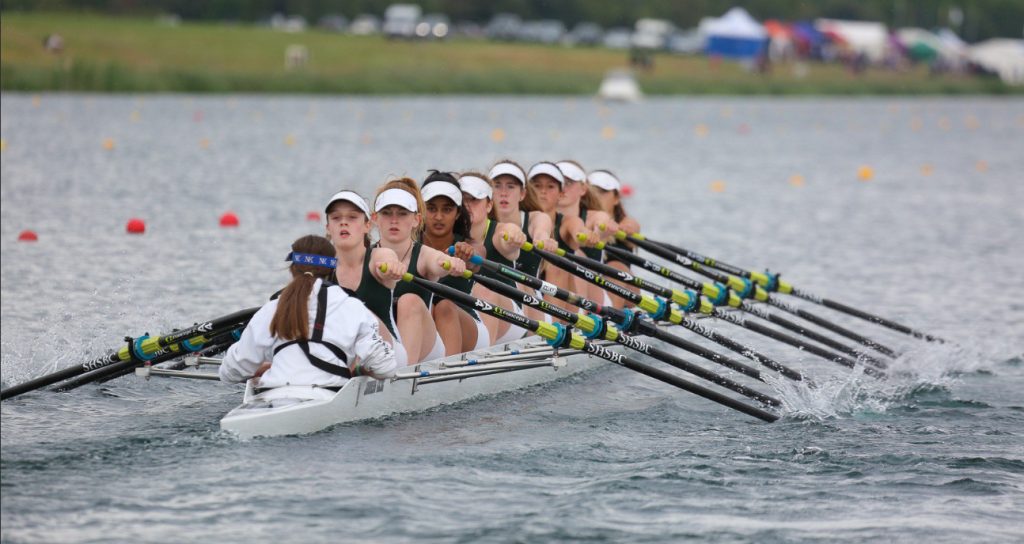 Rowing certainly is one of the more rare sports in college and most definitely in high school. However, for those who have access and opportunities to row, the future is bright. In recent years, private academies, like Sparks, have become more popular, preparing kids to be successful in college and beyond.

On the women’s side, 20 scholarships can be given out. The men’s side has no limit, however generally the same rule is kept, although it is always good to check due to Title IX rules. In total there are 42 NCAA Division I/II teams for the men and 104 for the women.

At the same time, there are less than 3,000 male and female high school rowers at any given time. While that doesn’t mean that every rower will have the opportunity to participate in college, the odds are very high. In fact, there are numerous stories of college rowers joining with zero high school experience.

On the surface, cross country does not seem to be a good match on the male or female side due to the extremely high volume of participants. It also looks bleak with only 6.5% and 8.3% of athletes running in college. However, most of these runners will get a scholarship, especially on the girls side with the average team only having 16 runners and 18 scholarships available.

Being in the top 6.5% sounds like a tall task, but considering that many runners join to get out of another class, or to stay in shape for another sport, that number realistically jumps up the 10-15% range. Talking with other coaches, it is not uncommon to have a team of 30 runners with only ten or so really competing for the sport. The others are either on the soccer team, running for fun/staying in shape, or just trying to get out of another class.

Time wise, to get a scholarship, boys need to be running a 5K in about 17:30 to have a good chance in division II/III. For girls, the time is around 22:00. Unlike other sports, cross country is not really debatable.

A scout can go look at a basketball player but have to consider a variety of different circumstances including teammates, the competition and the style of play. In cross country, if a runner runs under 17:30, that is a fact and there are very few outside factors that could affect that. Male high school athletes in lacrosse have a higher chance to play in college than any other sport at 13.5%. Women are in the same range at 13.0%, only coming in behind hockey. Lacrosse is also small enough to where if an athlete gets on the right team, it is not unrealistic to be one of many to be recruited at once.

In total, of the approximately 20,000 male and female seniors playing lacrosse every year, there are about 1,200 scholarships available equaling, out to 6% getting a scholarship opportunity.

It should go unsaid that every child and athlete needs to love what they do. Most would agree that it is better to love high school sports for four years than to hate a sport for eight years just to get a scholarship.

Why I Didn’t Know About This Graphing Calculator Page Before

Tips for Studying: 5 Best Study Tips for Your PTE Test

How does your IQ affect your life?