It is possible to significantly increase your performance and stay on the same level of technical skill and physical ability by following a simple tip. Namely, in tennis, the one who makes fewer mistakes wins. No big news, but how to achieve it?

Tips: How to Win 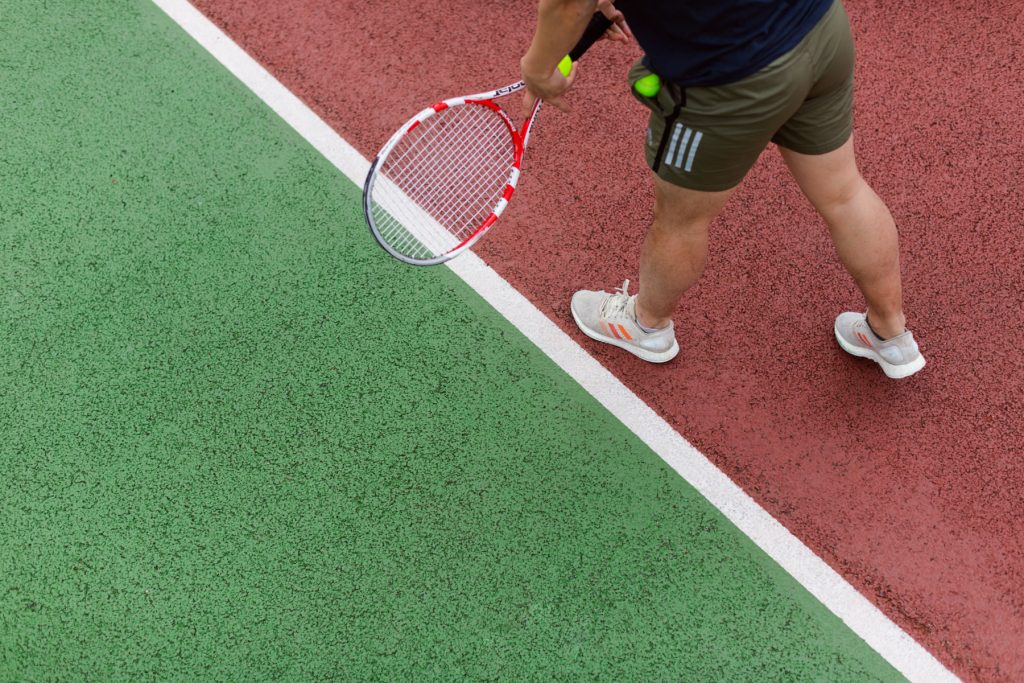 Try to understand your opponent’s weaknesses as well. For example, your opponent may have limited technical skills, weak physique, or mental characteristics that hold him back from playing his best tennis.

Based on this, make a game plan on how to defeat your opponent. Use your strengths by directing the attack spike at your opponent’s weaknesses. If your opponent moves poorly, make him move. If he makes mistakes often, keep the ball in the play and avoid making mistakes yourself. In short, you need to do everything that your opponent does not like. If the plan does not work, change the plan! However, be sure not to continue without the strategy. A poor goal is also better than playing without a plan. Successful tactics must not be changed, but tactics that do not bring success must inevitably change!

One crucial thing is definitely to avoid hitting balls in the net! Hit the balls “anywhere”, but not into the net.

However, artificial grass is still a fast court surface, and the aggressive game might be the first strategy to try. But be careful not to hit into the net!

Every shot must have an idea! Only making random shots is not wise and will probably end with your loss. Tennis is not just about making shots; it is a systematic action to win a point and ultimately a match.

As with all other fast surfaces, natural grass, and hard court, excellent service is also crucial on an artificial grass court. Serving well helps you to gain control over the point from the very beginning.

Fast movement is essential on the artificial grass tennis court. You must move fast to maintain control over the point, as well as be able to respond with shots of quality.

At crucial moments or so-called “big points”, be patient and not rush to make a quick mistake. Use only those shots you can drive with confidence, as this is not a moment to experiment. If you are nervous, you still have to be brave – most likely, your opponent is worried as well, maybe even more. If you have a hard time, you can be sure – it is not more comfortable for him.

Better hit out than into the net! 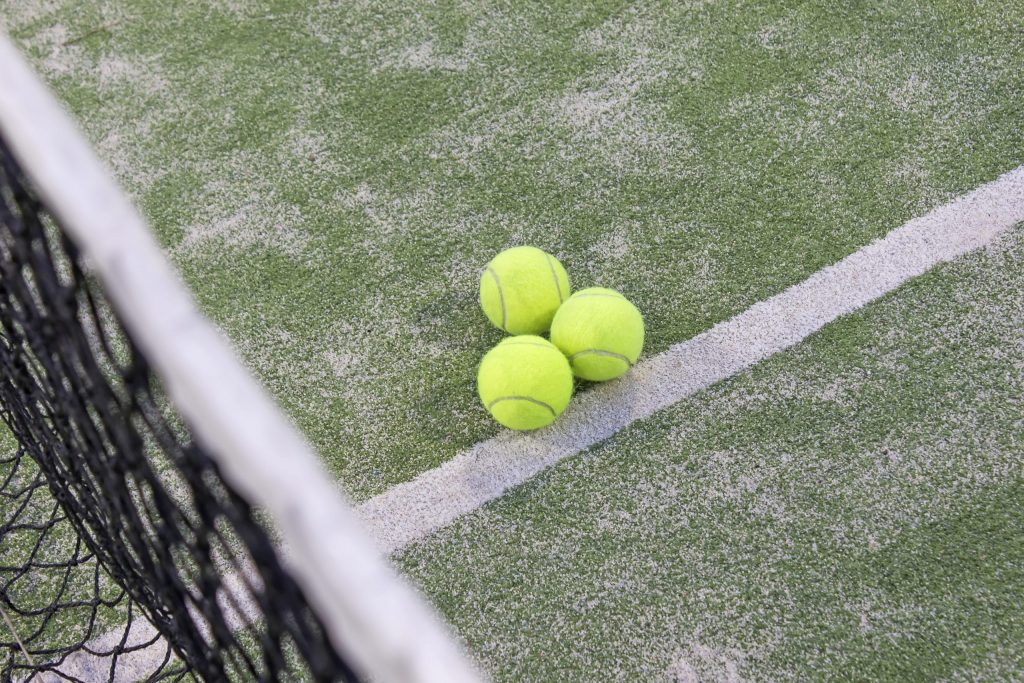 Psst… And another useful piece of knowledge – tennis is played with feet and hands, but you win with your head!

Why is it better to hit the ball out than into the net? There are several good reasons for this:

If you hit into the net, you will not leave your opponent the slightest chance to make a mistake. It all ends immediately! By always directing the ball about 1-1.5m over the net, the number of your unforced errors is significantly smaller, which will ultimately determine the fate of the match. Suppose you hold the balls’ trajectory continuously above the meter. As a result, the ball will fly over the net even if you hit it almost a meter below. The game continues! Maybe you give your opponent another chance to make a mistake. 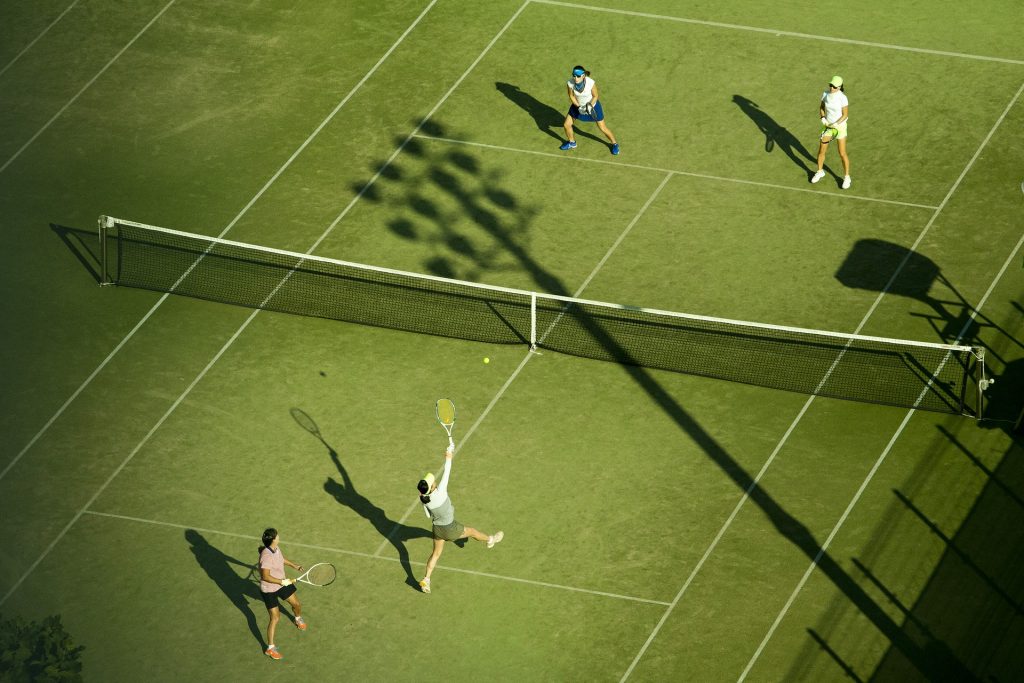 Also, height always means a longer length of the shot. Your game will automatically become longer, which is much more uncomfortable for your opponent and safer for you. You will no longer be under so much pressure from your opponent. Instead, your long shots will make your opponent’s shots shorter, and you can start dictating the game yourself. It is true even at the world’s top-level – for example, did you know that the average height of Rafael Nadal’s ball above the net is 80 cm! Surprising?

So, as you can see, to be successful in tennis, you have to focus on tiny specific things. Fortunately, artificial grass is not as complicated tennis court surface as clay or natural grass. However, you still have to know the small nuances that may decide the fate of the game. Mainly avoid hitting balls into the net, and you will see how you start to win more points!