Ever wondered what makes malt whisky different from grain whisky? If you’ve ever knocked around your local distilleries, you’ve probably heard these terms dozens of times over. But while malt whisky sounds far more recognizable than grain whisky even to the most casual of drinkers, both types of whisky are still commonly confused for each other.

In this article from The Whisky Club, we will break down the difference between malt whisky and grain whisky. But before that, let’s take a step back and define what whisky is. 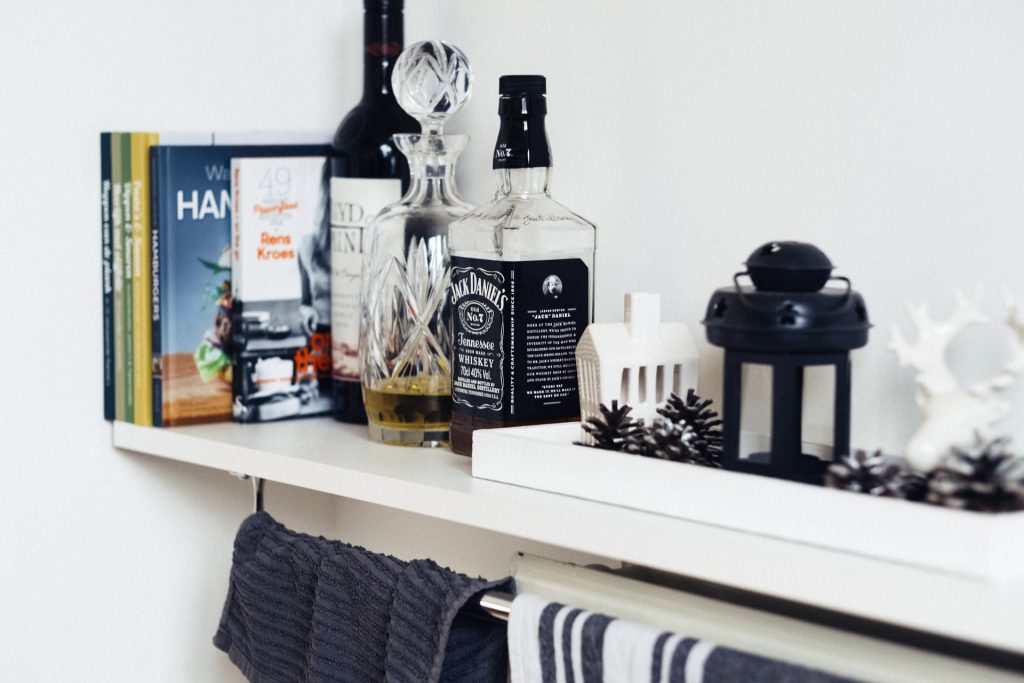 You must be aware of the common doubt that most whisky lovers have—is it whisky or whiskey? Well, it basically boils down to where the liquor is made. “Whisky” is the term used to refer to all whiskeys made in Scotland and Japan, while “whiskey” refers to those made in the U.S. They may also differ in terms of their distillation and ingredients, as well as how they taste. Generally speaking, whisky is a distilled alcoholic beverage made from fermented grain mash, aged in wooden casks to achieve that distinct brown colour and flavour.

What is malt whisky?

Ever heard from anyone that malt whisky is not a blend? That’s a common misconception. In fact, malt whiskies are often blends, although blended from a single distillery’s whisky stocks. Produced in a traditional batch process using a copper pot still, single malt whisky is considered as the premium, traditional style of whisky, and the manner of its production is not easily matched.

What is grain whisky? 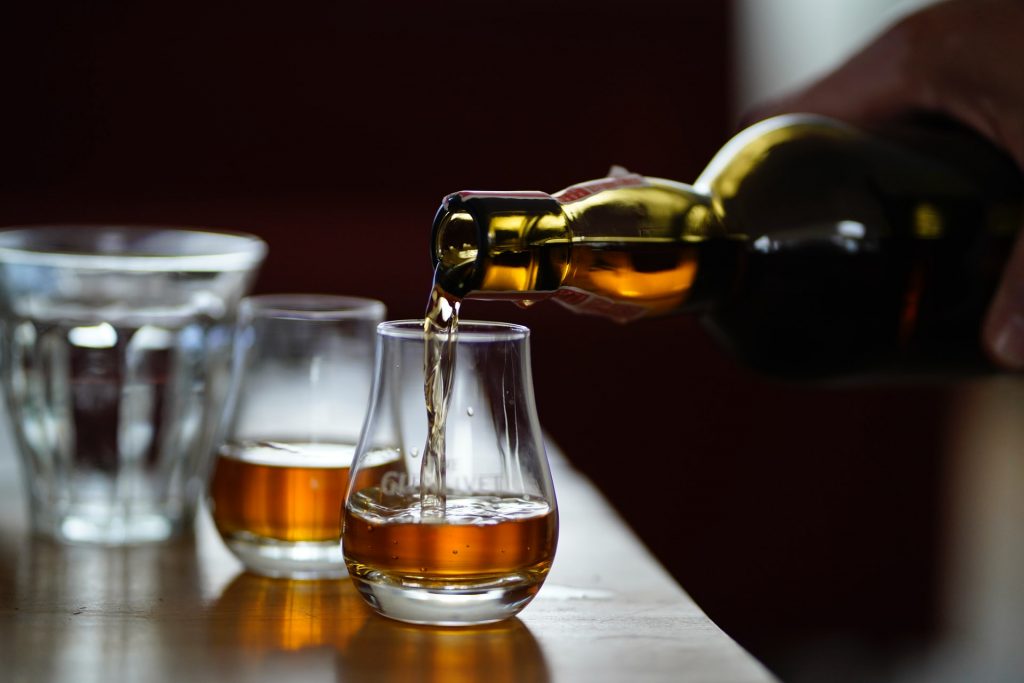 Now let’s talk about grain whisky, which can also be made from malted barley, but not solely. As its name suggests, this whisky is made from grains, often rye, corn, and wheat. Single grain whisky means the liquor is made at a single distillery, not from a single grain.

Production-wise, single grain whisky is made continuously via a modern column on an industrial scale. Compared to malt whisky, this liquor is purer in alcohol, albeit with much less flavour and character.

You’re probably wondering why you rarely see this type of whisky on your local whisky aisle. That’s because grain whisky is rarely bottled and sold on their own. Unlike malt whisky, grain whisky is typically used as an ingredient to create blended whiskies, usually to lower the price on blends. Nowadays though, it’s already gaining a platform in its own right. Thanks to its accessible flavour and flexibility in cocktails, you’ll find that there has been growing interest in grain whisky across the globe.

In a blend, grain predominantly provides the body, while malt provides the more complex flavours. That’s why malt whisky used in a blend is usually older than the grain used. Most typical bottles of blended whisky are made from 70% grain and 30% malt, while more premium offerings may include a higher percentage of malt.

What about the taste? 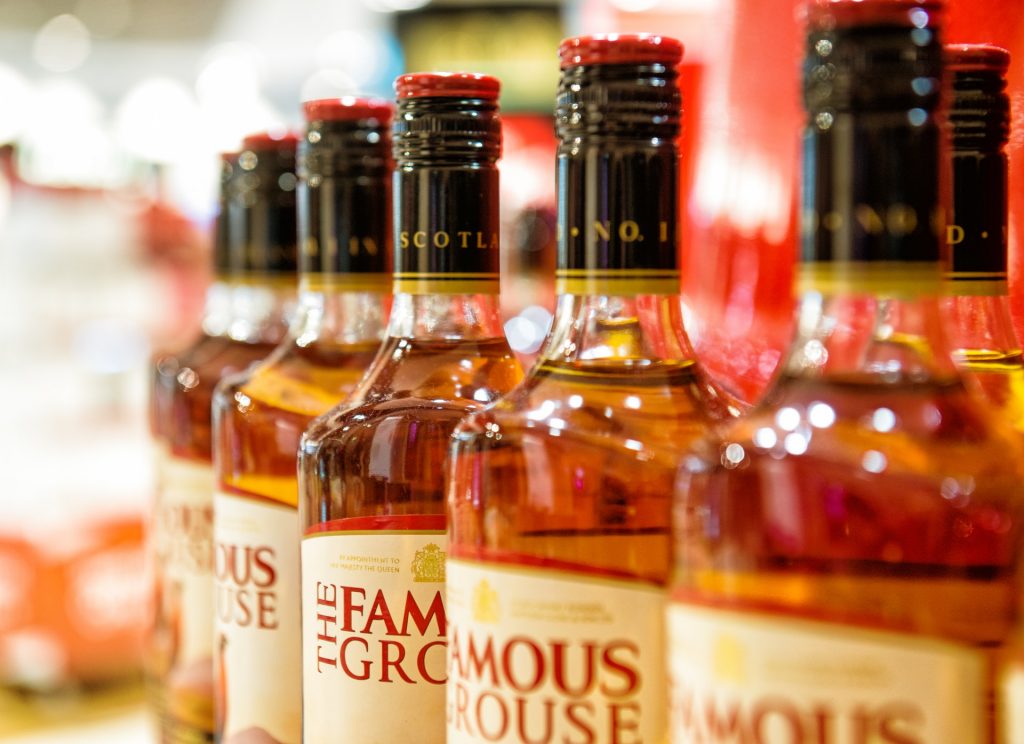 Describing how they differ in taste is probably the hardest part. It’s like describing colours to the blind! In essence, malt whisky has a lighter body and sweet flavours like caramel or toffee. On the other hand, there is no standard taste for grain whisky. Unlike malt whisky, it has a bit more variety because its taste depends on which grain was predominantly used to make it. For the record, grain whisky made from corn is incredibly sweet, while one that’s made from rye is more spicy and dry.

You must take note though that each distillery has its own unique flavour pallet, so just because a certain type of whisky tastes good, it tastes good all the time. If you fall in love with a particular whisky, jot down the place where it was made. You’re likely to appreciate all the other drinks that place offers.

Let’s just say that for the new malt and grain spirit, the selling costs of distillers are usually far more closely dependent on the utility costs and the grains required in producing them.

If you take a look at the pricing trends of grain and malt whisky over the years, you will discover that the cost of new make spirit has significantly dipped in real terms. Generally speaking, however, malt whisky is way costlier to produce than grain whisky because the price of new make malt spirit is usually twice that of grain spirit. Also, the low number of grain distilleries around the world makes it easier to produce grain whisky than malt whisky.

Historically, the high number of malt whisky distilleries and distillery owners often results in over-production. The situation usually gets worse with the slowing demand for this type of whisky. In times of high-level over-production, distilleries have no choice but to implement a price increase—hence the hefty price tags of malt whiskies. Nowadays though, you will find that prices of malt whiskies are more regulated since distillers have learned to forecast future demand levels of the whisky.

Malt whisky vs Grain whisky: Which should you go for?

Malt whisky has a flavour unique to its distillery that you may really enjoy, but it is often much more expensive than grain whisky. Whichever you prefer, both whiskies are palatable options if you’re celebrating special occasions and sharing a whisky gift set, whether you’re a veteran whisky drinker or are just new to the whisky game!