How Bad Are The Problems At Barcelona FC?

Football clubs don’t come any bigger than Barcelona. The giants of Catalonia have won the European Champions League and Spain’s La Liga multiple times, and are a team that any player would love to play for. Historically, they’ve also been extremely rich. The club’s riches have allowed them to buy many of the greatest players in recent history, from the original Brazilian Ronaldo to Ronaldinho, Neymar, Zlatan Ibrahimovic and Antione Griezmann. They’ve also had Lionel Messi – perhaps the greatest player of all time – for his entire professional career to date. It seemed like the good times would last forever at Barcelona – but that’s not the case.

Today, Barcelona stand on the verge of going bankrupt. They need to bring their wage bill under control to avoid heavy sanctions from the Spanish FA, and according to the latest reports, they’re around two hundred million Euros short of balancing the books. Their financial troubles mean they’re not currently allowed to register new signings Memphis Depay and Sergio Aguero, despite the fact that both players arrived on free transfers. Crucially, it appears they might also be unable to sanction a new contract for Messi. They’d have to offload several senior professionals to make room for Messi’s exorbitant wages, and it’s difficult to justify doing so for a player who’s now 34 years old. Messi’s time at Barca might be over – and that’s the least of the club’s problems. 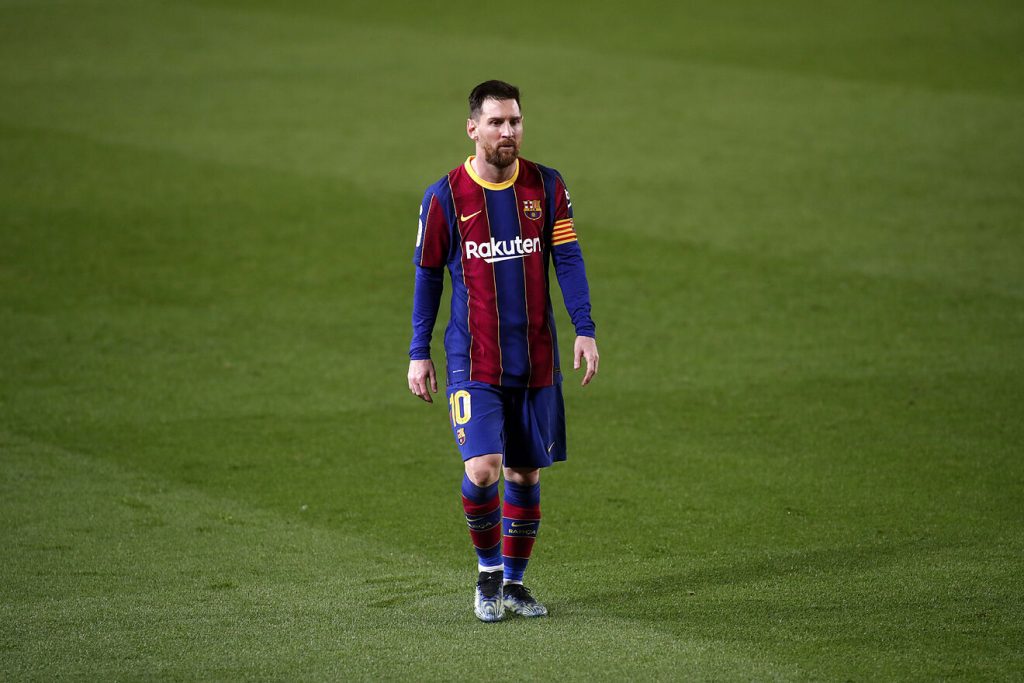 The cash flow problems facing Barca played a big role in the club’s attempt to join the doomed European Super League project last April. Had the breakaway league gone ahead, it would have guaranteed the club several hundred million Euros of new income every season for the foreseeable future. Unfortunately for them, the project collapsed within two days of its announcement after the majority of the clubs involved – including all six teams from the English Premier League – pulled out after an overwhelmingly negative reaction from fans. Barcelona might yet be expelled from the Champions League for the role they played in the breakaway attempt. If they are, the loss of that lucrative television and competition money might prove to be the final nail in the club’s coffin.

To understand this problem, we must first understand the way that La Liga governs the financial operations of Spanish clubs. La Liga sets a salary budget for each club, defined as a proportion of income. They do this as a way of ensuring that clubs don’t spend more than they earn, thereby remaining solvent and theoretically ensuring a level playing field for everybody. Barcelona’s salary bill has long exceeded the club’s salary cap, and La Liga no longer tolerates the club’s empty promises to reduce it. The league’s officials are now taking action and will refuse to register any new Barcelona player until the club proves it can afford to pay for them. Put simply, Barcelona spends more than it earns and is hundreds of millions of Euros in debt. The club is financially unstable, and La Liga is forcing it to balance the books.

This couldn’t have come at a worse time for Barcelona in relation to Lionel Messi’s situation. The Argentinian’s contract has expired. Even if he does go on to sign a new one, he’ll be treated as a new signing because he’s currently a free agent. That makes him no different to Depay, Aguero, or fellow new signings Emerson and Eric Garcia in the eyes of La Liga. Barcelona will have to let players go before they can bring new ones in – and we’re talking about a lot of players. Every member of the first team squad is theoretically for sale, with Griezmann expected to fetch the highest price if a buyer can be found for him. 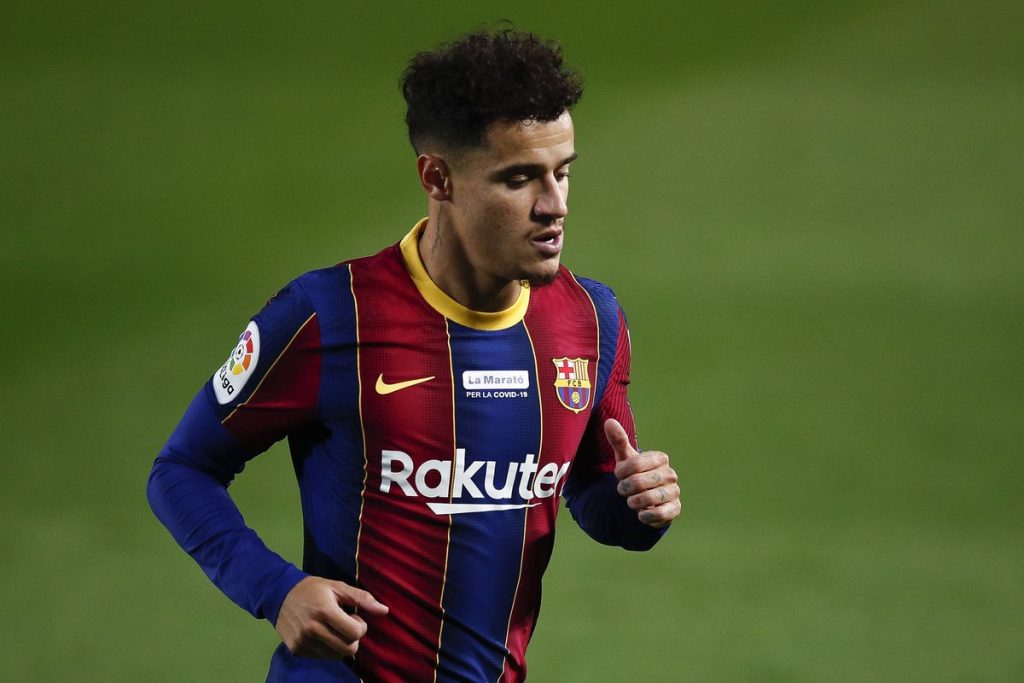 Cutting down on costs is the responsibility of Barcelona’s club president Joan Laporta. Thus far, he hasn’t had as much success as he’d have liked. Francisco Trincao has joined English Premier League side Wolverhampton Wanderers, bit only on loan. Junior Firpo has also gone to the English Premier League with Leeds United, but only for thirteen million Euros. The sales of Jean Claire-Todibo and Konrad De La Fuente have failed to raise significant capital. The hole that Laporta has to fill is still vast, and there appear to be few viable ways of closing it without letting Messi go. To make matters worse, his attempt to rip up the contract of Matheus Fernandes has led to the player suing the club for unfair dismissal.

Barcelona got here by making bad bets on the future. They overspent on transfer fees and salaries in the mistaken belief they’d make more back in prize money. It’s no different from an online slots player continuing to spin the reels long after they’ve exceeded the amount they could safely afford to spend. There’s a difference between safe betting and compulsive betting, which is why online slots websites like Rose Slots Canada come with safety warnings. Barcelona has been making compulsive bets for a long time. Trying to create a European Super League was a compulsive bet. Bringing in big-name players in the full knowledge that they’d already exceeded their wage cap was a compulsive bet. Some online slots players are lucky enough to hit the jackpot when they need it the most, but most fail when they go beyond their limits. There’s a very real danger that the same is about to happen to Barcelona. 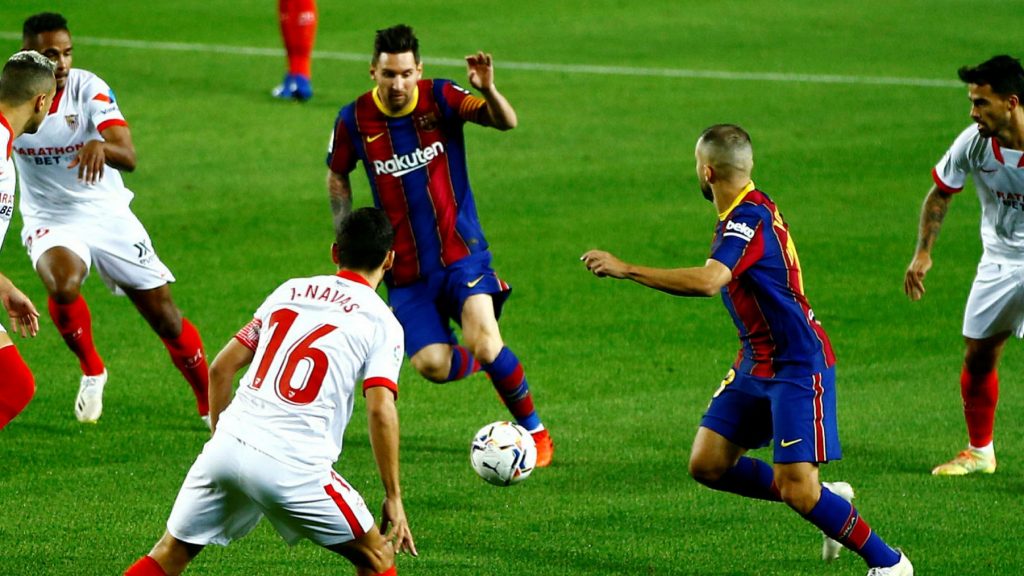 It’s unlikely that La Liga will allow a club of Barcelona’s standing to go bankrupt. They’ll help as much as they can, but they’re likely to impose sanctions in return for that help. Laporta might be forced to step down. The club might be forced to accept any reasonable bid for any of their star players until they become solvent. For now, though, their days of spending massive sums on big stars are over – and the Messi era might have ended too. There will still be a Barcelona team playing in La Liga next season, but it’s likely to be a far cry from the great Barcelona teams of the past.