With recent changes, everyone is asking themselves is Bitcoin the new Gold? With Bitcoin hitting an all-time high lately, everyone important in the trading community is looking to diversify their portfolios by looking for the best or better returns on their investments. It seems that Bitcoin is going to be just that and crypto traders can’t get enough of saying “I told you so!”.

This leads to the fact that crypto traders are now pouring a lot more money in this and the fact that institutional investors are now adopting Bitcoin can only mean that the prices of Gold will suffer further. If you are going into trading and you are choosing these two, then you have to know a few things before you dive in.

First, it’s the value. Just how much value do all Bitcoins hold and how much is all the Gold in the world worth? 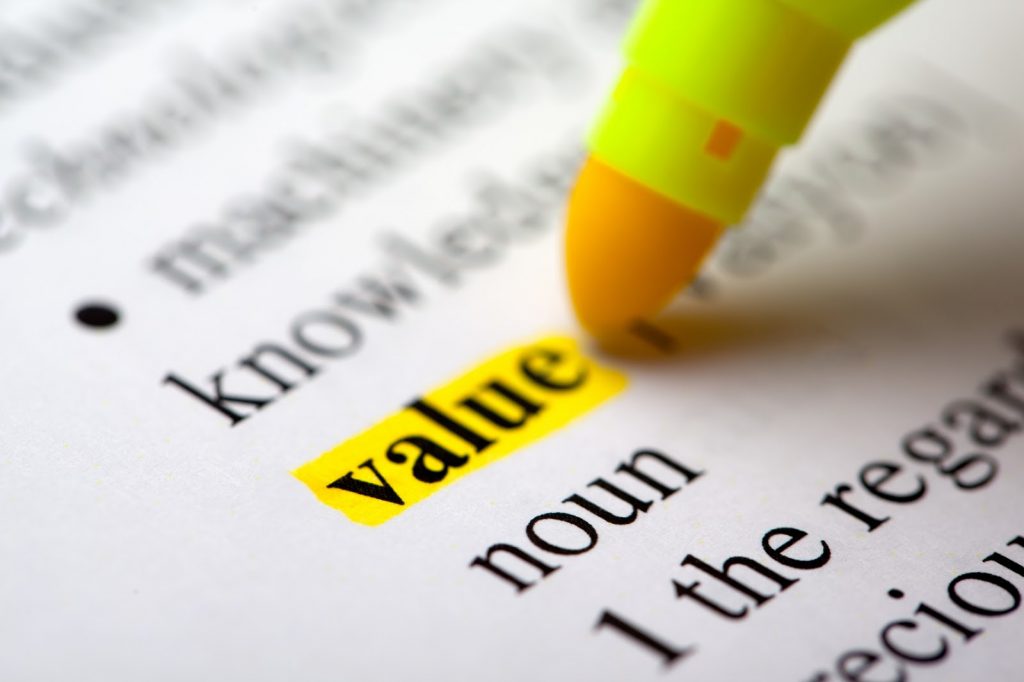 When it comes to Bitcoin, an approximate $442 bill. market capitalization is the value as of today and that makes it equal to around 2.5% of the estimated world Gold value, which is around $11 trill as of today. But this shouldn’t be a single fact that will sway you to one or another. There is one more thing that should be taken into consideration and it’s the growth. This fact gives you a clear choice – Bitcoin jumped over 300% while Gold had a 23% gain. This does show Bitcoins superiority but with these results, it is safe to say that they both did extremely good in their respected timescales. One more thing goes into Bitcoins favor and it’s the fact that this is its 12th birthday while you all know that Gold has been traded for a very long time.

The second thing is the rarity of both. Both Bitcoin and Gold are rare resources and thanks to that they have a higher perceived value that is based on that. We know that there is a final number of Bitcoins that will be mined and out in circulation by the year 2140, while we are still unsure just how much of the World’s gold is out there and when will it be depleted. The only thing we know is that more and more gold mining companies are predicting to dig out smaller and smaller quantities of this precious metal. 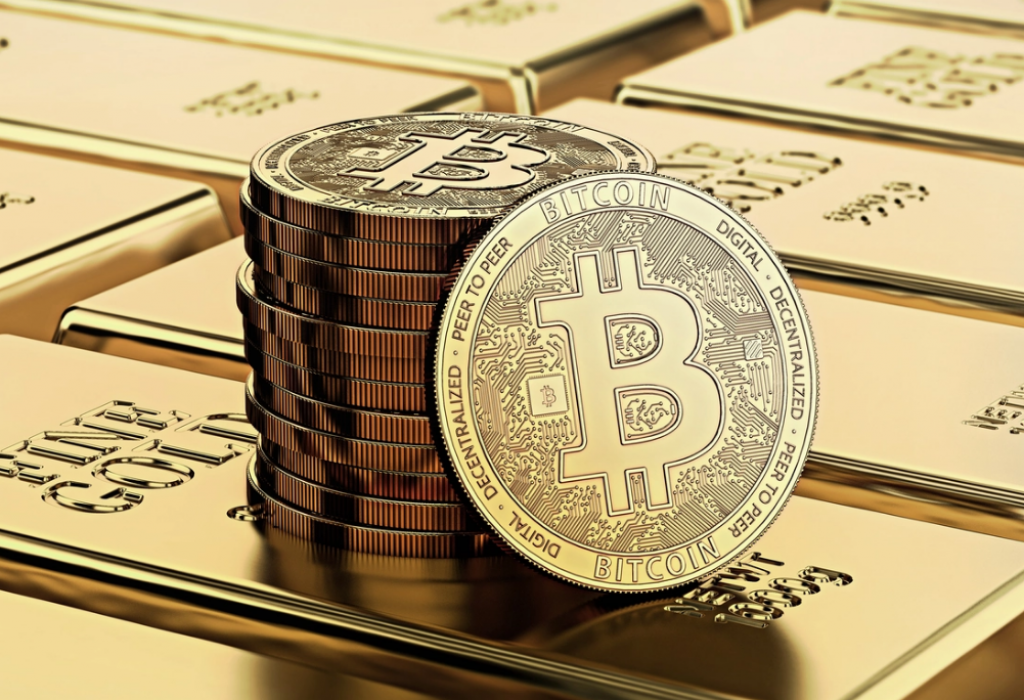 The third thing that is important in these affairs is the safety of the resource as well as its transparency. Let’s talk about Gold first. Since it is here for longer it is only normal that it has a stern and well-established system for trading which is easily transferred to modern age online trading with orders and delivery. You can’t easily steal it or even pass fake gold for real which only boosts the credibility of this resource. Bitcoin on the other hand is also very difficult to corrupt and it has its decrypted decentralized system, as well as complicated algorithms to thank for. The only bad thing is that no infrastructure is supposed to ensure the safety of Bitcoin in place and it is one of the things that has put big trading players off of it. One of the most known disasters that prove this point is the Mt. Gox affair which showed us why Bitcoin traders have to be very vigilant. If you recall this event, here a popular exchange went offline and users lost around $460 mil worth of this resource.

Fourth is the essential value of the resources. We all know that Gold has been used in many applications throughout history. It could be found anywhere from items considered as luxuries such as jewelry to special applications in medicine for dentistry to electronics and much more. This assures us that Gold will have a steady demand in the foreseeable future. Bitcoin brought us something else, and it is awareness of blockchain tech that has value in investing purposes but also doubles as a tool for people that don’t have access to banking infrastructure as well as traditional means of finance with credit. Thanks to this sort of technology, you can send value across the globe and you don’t have to pay any fees. 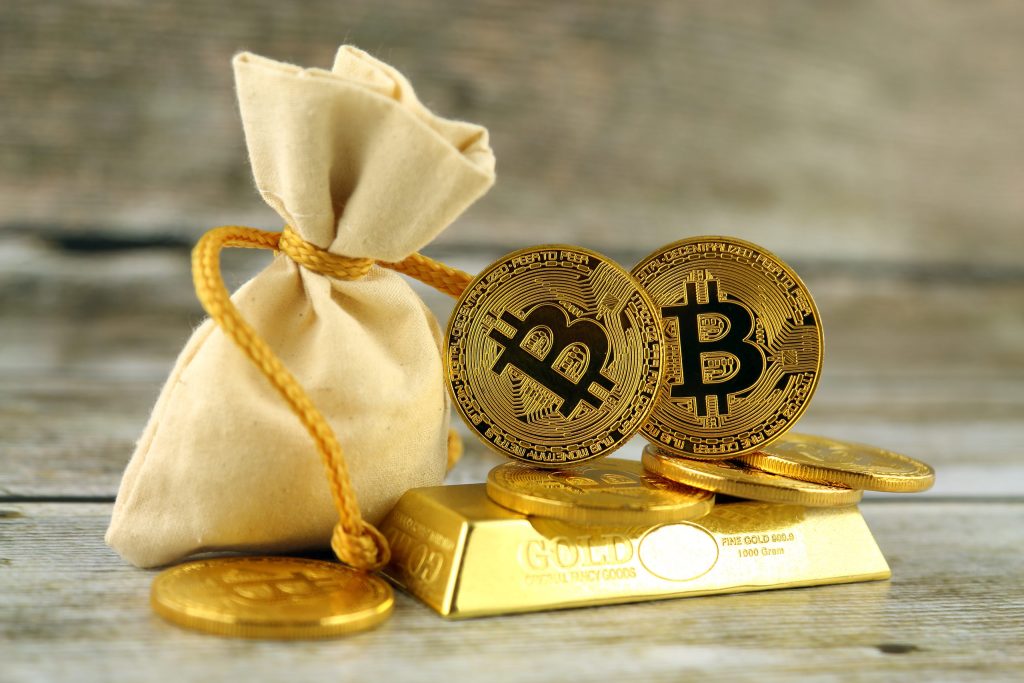 Liquidity is something to consider as well. Thanks to the recent events both of these have become very liquid assets. Before, Gold was always in a better position over Bitcoin or any other cryptocurrency, but thanks to recent investments by the billionaires and different funds in this cryptocurrency, Bitcoin came to be a very liquid asset. That fact places it in the same or similar bracket with Gold. Bitcoin is more and more attracting traditional market “whales” and turning them into crypto “whales”.

Volatility is one more thing to bear in mind. This is something that trades adore while investors steer clear out of. The question here is – has Bitcoin grew matured enough to be considered a stable asset and be considered as a safe-haven? Yes, it is at its all-time high but still, it is a very volatile instrument. If you remember it dropped around 80% in 2018 to $4000 after its high of the year, while in 2020 we had a magnificent jump to 300% which was its new all-time high. This only shows just how volatile Bitcoin is and it should tell you that it is more fit to be a short-term as well as medium-term trade rather than something you could rely on for the long run. Gold on the other hand has significantly limited volatility. Although we saw volatile movements in 2020 with gold as well, we should be pointing fingers to this Covid19 situation which is the sole culprit for this. Thanks to this global pandemic, the entire world’s economy were struck and brought to its knees which is why this volatility isn’t something that should surprise you. 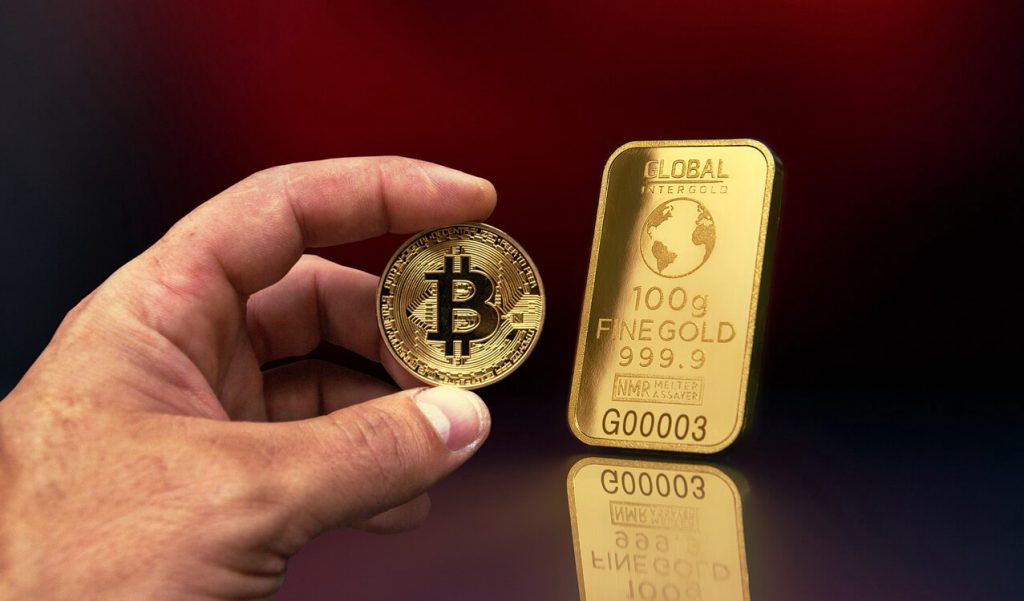 As a conclusion of all this, Bitcoin is something that could offer a lot more return but thanks to its volatility it is very hard to reliably calculate and find an entry point. The advice might be to try and trade it for a while until you get to know it and hold out of any investments at least in the long run. Gold, on the other hand, will probably not return as much as Bitcoin could but it is a lot safer and a lot more control. Volatility is present but not as drastic as with cryptocurrency which means it could be safer for both short and long-term trading as well as investing. Visit www.dailyinfographic.com, get more information and check some interesting infographics.