When it comes to 3D scanners, the speed at which they operate can be a major determining factor in how effective they are. Scanning speed is determined by a number of factors, including the type of scanner being used, the object being scanned, and the settings that have been selected. Let’s take a closer look at each of these factors to see how they can affect scanning speed. 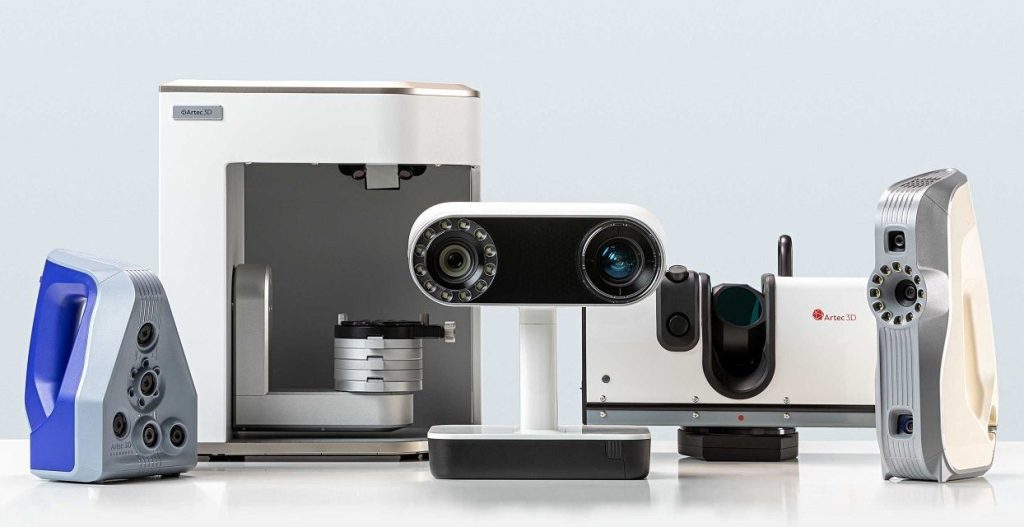 The type of scanner you’re using will have a big impact on scanning speed. Some scanners are designed for quick scanning while others are meant for more detailed work. Let’s expand on that.

When we talk about speed, we’re referring to how quickly a 3D scanner can scan and capture an object. To be even more precise, we’re about how main points can a scanner capture in a second.

A structured light 3D scanner, for example, measures its speed in terms of frames and points per second. Some of the most sophisticated white light 3D scanners can capture up to 16 frames and up to 2 million points of the subject in a second. And, if you think that’s fast – just wait until you hear this.

The top-of-the-line handheld scanner that relies on the VCSEL (vertical-cavity surface-emitting laser) technology can capture up to 4 million points and 80 frames per second.

However, it’s not just about the shape of an object – material makes a difference, too.

For instance, if you’re scanning an object that’s made of a difficult-to-scan material, such as metal or glass (or any other reflective or transparent surface for that matter), it will take longer to get a good scan. This is because these materials reflect light differently than other materials, making it more difficult for the scanner to capture all the necessary data. 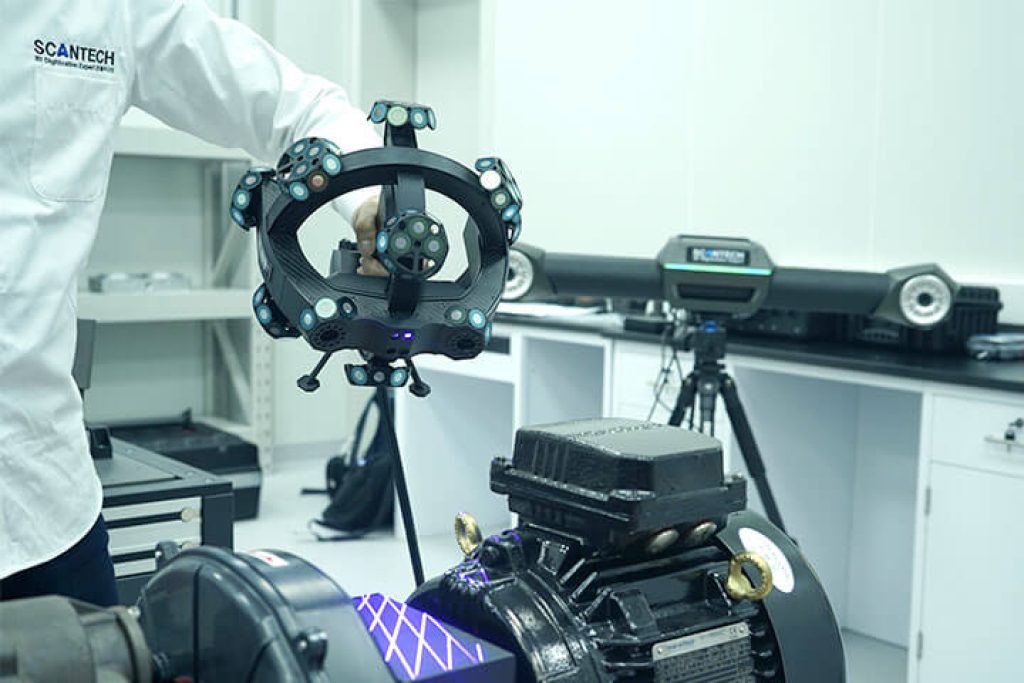 The settings you select on your scanner can also have an effect on scanning speed. If you need a quick scan, you can choose settings that are designed for speed.

Some scanners, some of which you can find at https://www.3d-scantech.com/, have the option to perform “Turbo scanning” which will effectively double your scanning speed. However, this will result in a low-resolution scan.

It’s not just the scanner that will affect the speed – it’s the computer, as well.

When you’re using a 3D scanner that’s connected to a computer, the speed of the scan can and will be affected by the computer itself. To put it simply – the more powerful the computer, the faster it will be able to process the data captured by the scanner. This is why it’s important to use a premium device when working with 3D scanners.

For example, a 12th generation CPU and a 30-series GPU will offer the best scanning speed at the moment. Most of the time, the scanning process will be more dependent on the GPU than the CPU, but still, you won’t be able to enjoy blazing speeds without the processing power of a late-generation CPU.

There are also some other factors to consider while we’re on the subject of computers and how they can speed up or slow down the scanning process and one of those factors is the USB connectivity.

Namely, for top speeds, you’ll want to use USB C or regular USB 3.0 instead of 2.0 because of one simple reason – the transfer rate. USB 2.0 caps out at 480 Mbps, which might sound like a lot, but when you’re trying to push 3D scans – you need more throughput. That is where USB 3.0 comes into play.

USB 3.0 has a maximum transfer rate of 4.8 Gbps, which is 10 times as much as USB 2.0, and USB C can go up to 10 Gbps in ideal conditions. Now, does that mean your scans will be 10 or 20-something times faster? No, absolutely not. However, you will notice a significant difference.

How To Improve 3D Scanning Speed?

Now that we’ve looked at the main factors that affect scanning speed, let’s see what you can do to improve it.

There are a few things you can do:

Use A Faster 3D Scanner 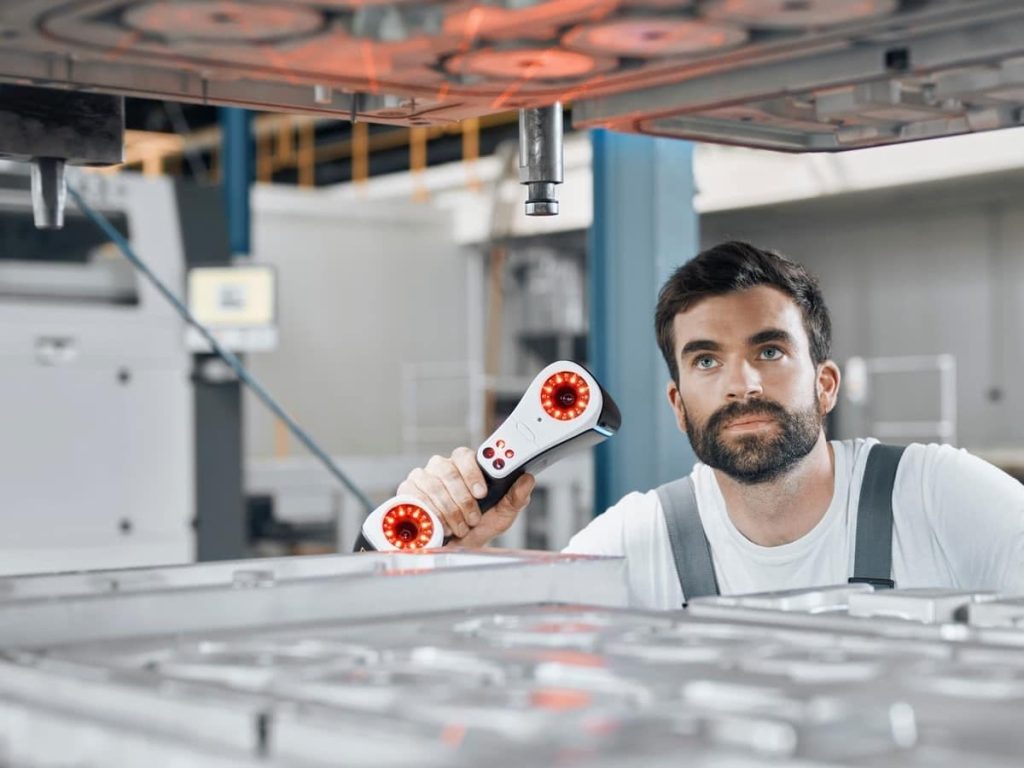 Premium products usually equal greater speeds – it’s as simple as that. However, not everyone can afford a premium scanner, so we do have a few other tricks that may prove to be useful.

As we’ve mentioned before, scanning simple objects is easier and quicker than scanning complex ones. Now, we know this might not make much sense if you actually have to scan something intricate and god forbid made out of glass, but the truth remains – if you want a quick scan, scan a simple item. Okay, this one’s actually helpful. The better your conditions are, the less time it will take to finish the scan. This means setting up perfect lighting, having a black backdrop, keeping the object perfectly steady etc. Once again, this won’t make your scanner capture data faster, but it will eliminate mistakes that could prolong the process.

Use A More Powerful Computer

This one is pretty self-explanatory – if you want your scanner to work faster, give it a powerful computer to work with.

Finally, this is what it all boils down to – you. The more you practice, the better you’ll get and the quicker your scanning sessions will be. This is probably the most important thing on the list because, in the end, you’re the one that will make the most difference.

As you can see, there are a number of factors that affect the scanning speed of a 3D scanner. The type of scanner you’re using, the object being scanned, and the settings you’ve selected will all play a role in how fast the scanner operates. Additionally, the computer you’re using can also affect scanning speed. So, if you’re looking to get the fastest possible scan, be sure to keep all of these factors in mind!