When selecting a pistol drill that works for you, one of the first things you’ll discover is that the internet is chock-full of hundreds of different types you can choose, even the increasingly popular AR carbines here.

The problem is that a lot of these drills create a little more excitement and fun to the act of firing your pistol and add very little value when it comes to enhancing your ability to defend yourself in a dynamic situation when seconds count.

A drill should help you isolate and improve the flaws in your pistol deployment style, how you manage a reload, and the essential habits and actions when defending yourself.

These two top-shelf drills may not be the most fun you’ve ever had on a day at the range, but if you practice them vigilantly, they will make you better with your pistol. 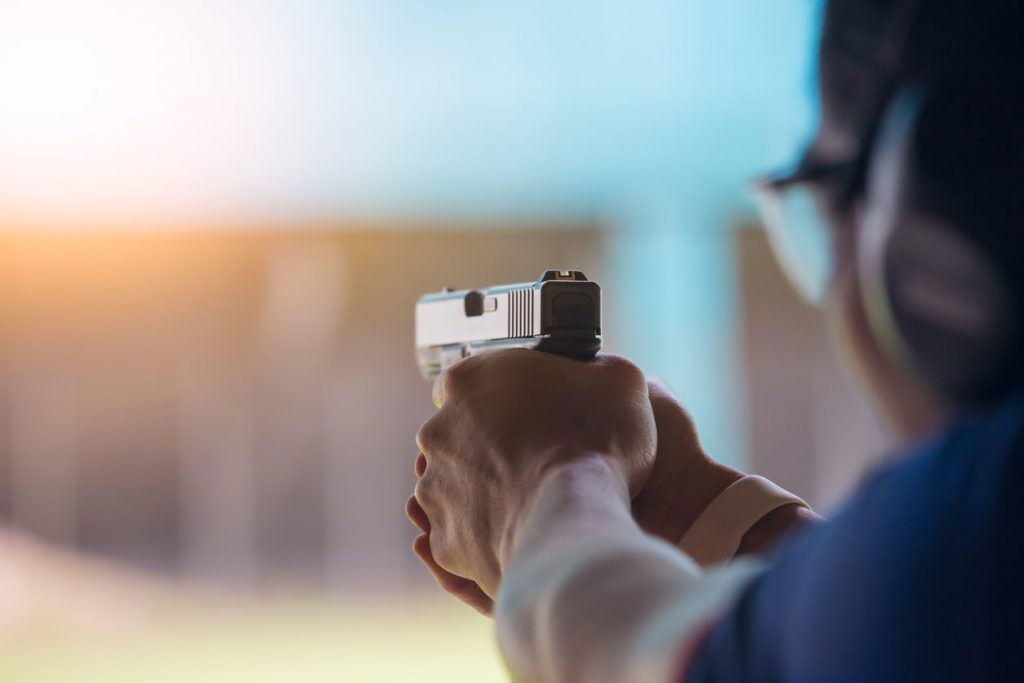 One of the best live-fire drills that’s simple and effective is a Pick a Spot drill. There are no time regulations, set distances, or a fixed round count. You only need to pick a specific spot on the target, aim at the target while focusing on the front sight of your pistol, and fire.

Then quickly pick a specific area on the target while sighting on the front sight. You may want to attach a few sticky notes in particular regions of the target, requiring you to move your pistol and acquire each spot.

Once you’ve chosen your target spot, concentrate on a smaller aiming point in the center of that spot. After you’ve satisfied proper target acquisition, switch your focus to the front sight only and begin to fire using whatever mechanism you’ve chosen.

In the beginning, with a Pick a Spot drill, you’ll quickly discover that hitting that location on the target with any consistency is more complicated than it sounds and may require several adjustments in your shooting style to get it right.

With a Pick a Spot drill, you are forcing your brain and eyes to acquire and process an unexpected target area and making you choose a particular aiming point on the fly and as quickly as possible. This drill is perfect for training the brain and eyes to focus more efficiently, especially when you are in a defensive shooting situation. 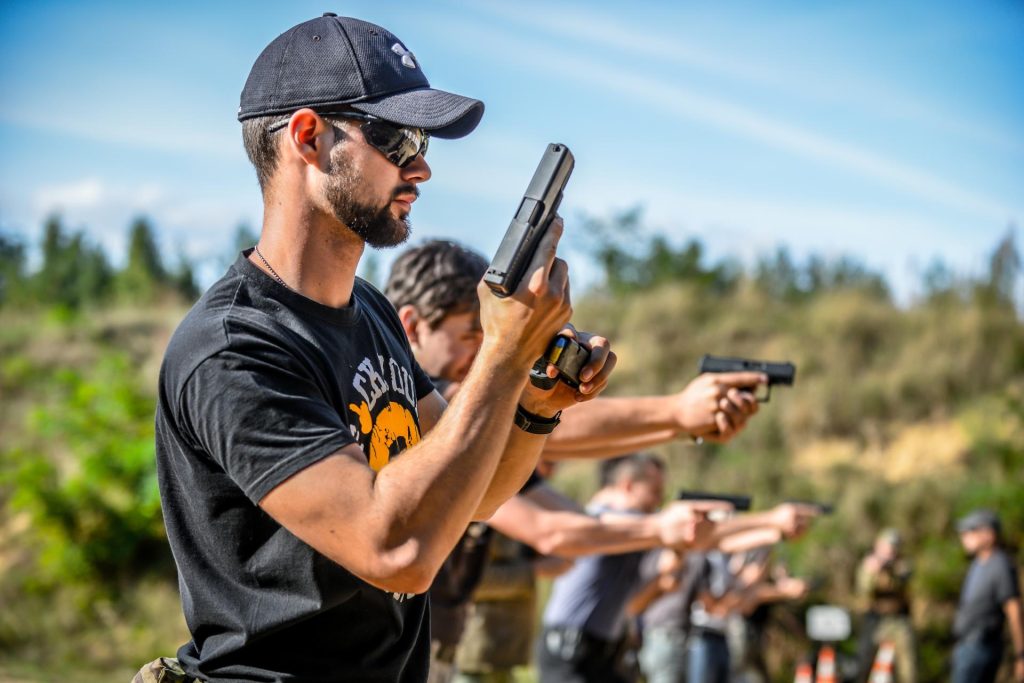 Suppose you’ve spent sufficient time at the range to master the Pick a Spot live-fire drill finally, and you’re looking to graduate to a more aggressive and precise routine that puts your shooting capabilities to the next-level test. There’s probably not another drill that can do that besides the Wizard Drill.

Although only five shots total, the Wizard Drill requires precise aiming while drawing your pistol from a concealed location and movement while firing your gun and hitting the target in specific areas.

What’s novel about the Wizard Drill is the par time or the time elapsed from the minute you draw from your holster until you fire the fifth and final shot is between 2.5 and 3 seconds.

It’s one thing to hit a target with five shots in three seconds, but the Wizard Drill takes it to a completely different level.

The Wizard Drill requires you to fire the first two shots in the target’s center mass with both hands at ten yards out and then one shot at the target’s head with two hands at seven yards away.

Drilling with the Wizard Drill means that you will need to fire, then move and fire again, but the routine doesn’t stop there. 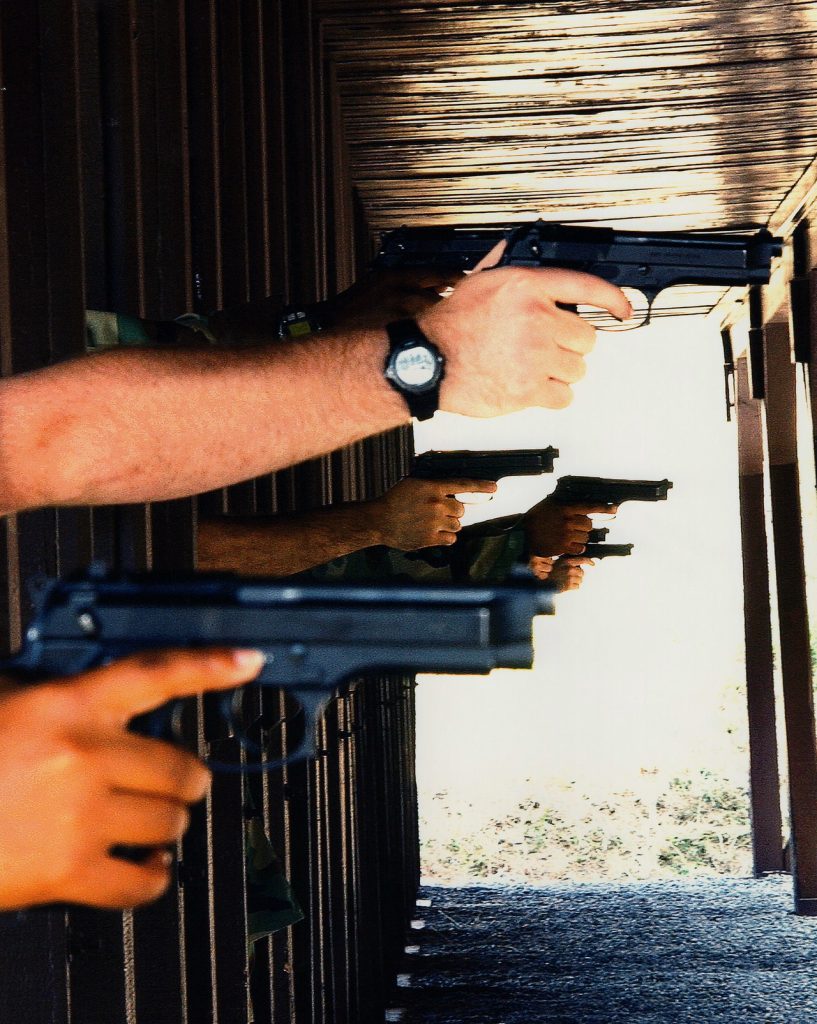 The last two stages of the Wizard Drill require you to make a single headshot at five yards away with two hands and a final headshot with one hand, and each session or string must happen inside 2.5- or 3-seconds tops.

If you think the Wizard is formidable, it is, and it’s even more challenging when you stop to consider that with each string you are firing, holstering as you move, deploying your pistol, and firing again. Not only are you moving and firing, but there’s a point value associated with each hit of the target.

If you managed to get all three headshots in the circle at the end of the four firing strings, you get five points for each or fifteen overall points. If both are where they’re supposed to be during the ten-yard firing session, you get another ten points.

If you’re searching for a pistol practice drill that simulates real-world engagement, the Wizard Drill with Total Accuracy is probably one of the best drills around for that.

Train and Drill and Train Some More 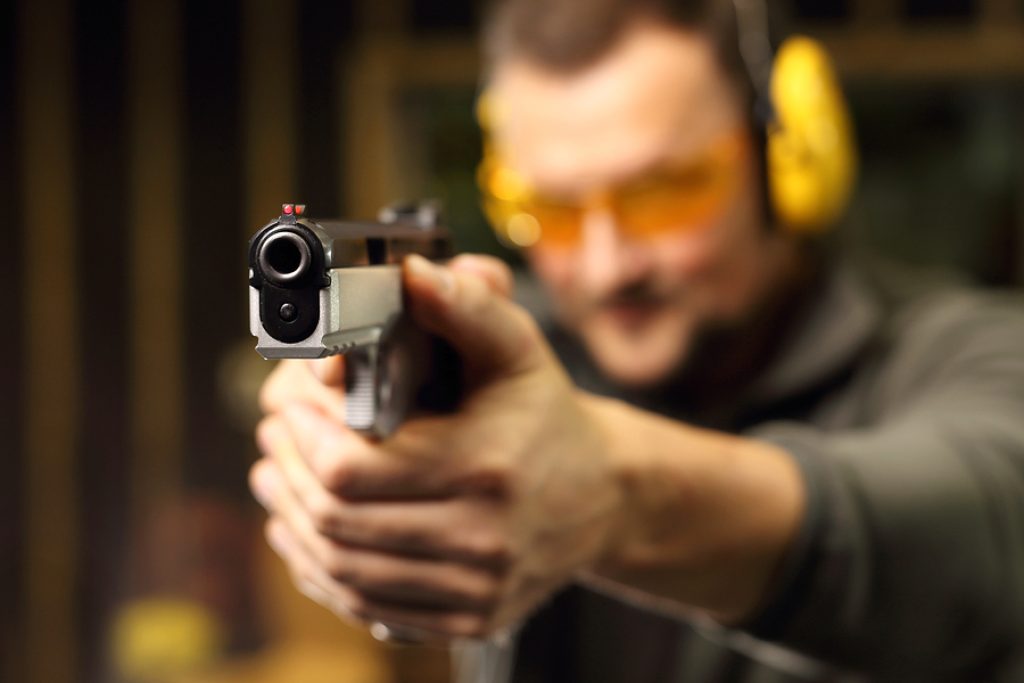 Becoming proficient with a handgun requires training and drilling and training some more. None of us know when we may end up in a dynamic situation, but the entire goal of firearm practice is to improve your performance.

Consistent practicing of these types of drills will ultimately lead to intuitive action. Routines such as the Pick a Spot and Wizard Drill with Total Accuracy will help you condition your brain, eyes, and motions until you’ve reached a perfect union of movement and accuracy.

When the adrenaline kicks in, hours spent practicing at the range will quickly become something you instinctively do, not something you have to think about and know.

These drills, in many cases, will give you the advantages you need when seconds count and defense relies on the speed of delivery and the accuracy of your shots.