Why you should start playing Division 2 Today

The Division 2 will be going through a massive transformation with the latest title update six introducing new ways to get gear narrative content with Episode two and much more. Now is the perfect time to jump into the division universe level up and get ready for the most significant update so far including content that takes you to one of the most highly defended places in the world, the Pentagon. Today we will learn why you should be playing and what’s coming unlike its predecessor the division two you received overwhelming praise at launch by not only the critics but the players too. Division 2 boosting is available on sites like lfcarry.com. Boosting in such games becomes quite essential to achieve a higher rank.

It would be a lie if we said the game hadn’t experienced some issues since launch, including time-gated activities like expeditions, a friend gated raid in-game activity and more. But since launch, the devs have been working really hard on the game. Trying to iron out all of the bugs and answer all of the community’s problems. Just like the division every week the developers stream their weekly state of the game where they address the priority things with the game and most recent interview developers of the game either about future things coming or what’s currently in the game. What you don’t have to worry about is a constant iteration and communication with every new update intended to address the community’s most pressing issues.

This leads us to the next significant update end content drop, title update 6, and episode 2. It’s best to think of these as the same entity as they will be released at the same time at some point mid-October. The exact date is yet to be confirmed. Well, that does give you though is about three weeks to enjoy the level one to three experience which by the way is one of the best experiences in this genre ever. It is about 30 to Forty-plus hours of gameplay that more than justifies the game’s current price tag for a digital download version on console. You pay more than that for just fortnight skin these days.

So besides the apparent campaign and levelling system why should you get the game right now?

There’s plenty of reasons. Update 6 is so huge that it simply cannot go over everything in this article. However, what we will do is tell you the most significant changes and additions that are coming. Now since players started reaching the end game, one of the biggest problems Division 2 has had was a big loot pool. Meaning the chance of getting the gear that you want was astronomically low. One person worked out that if you wanted a specific brand of gear with specific attributes and talents, the chances are meagre. Now with title updates 6, the devs have remarkably alleviated this horrible attribute without removing the grind altogether because let’s be honest Division 2 is a looter Schewe and the grind is part of that experience.

Now update 6 includes a new feature that allows you to target specific brands of gear or weapons that you won and that just removes a colossal layer of R and G. The map will now tell you where specific glue or weapons will drop giving you an increased chance of getting that gear in those zones. Missions want to have an increased chance to drop specific things as well and every completed activity or named boss will guarantee the gear you are targeting. Now what makes this targeted loot even better is the rotation. Instead of having to farm the same mission, we will go to the same zone for a specific piece of gear our weapon these drops will be on rotation meaning that they’re gonna change every so often, they’re going to change where they drop it shouldn’t feel like you’re doing the same thing over and over again. Now overall, this change alone is a massive step in the right direction and a massive undertaking. We imagine from a part of the devs, of course, you will still have to pray to the RnG gods for the right role, but that’s part of the fun.

What does every looter shooter game have to contain that the division two did not? 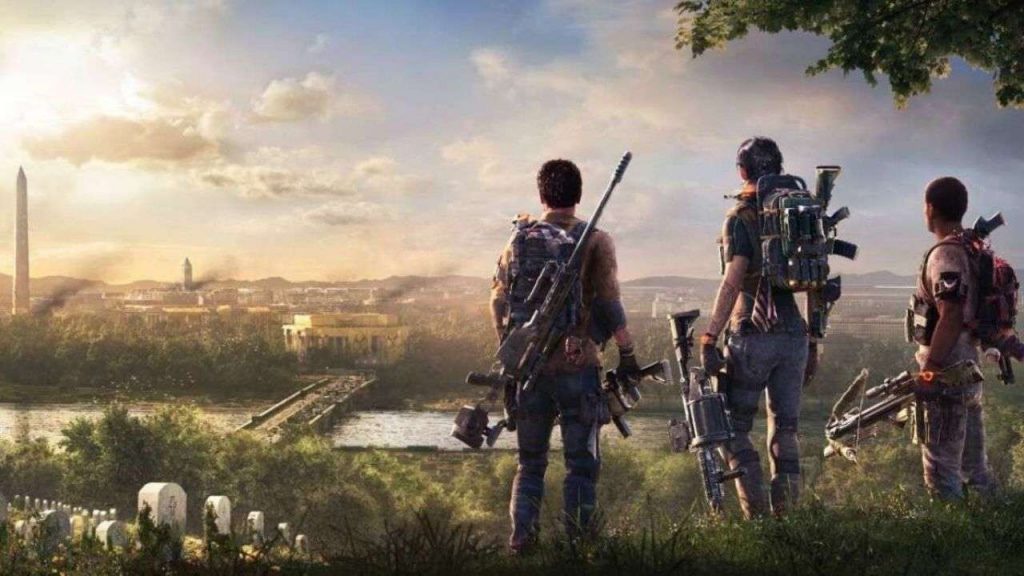 Unique, full gear. Unlike the division, the division 2 stepped away from having exotics that were very powerful to having exotics that were more of a collectable item in-game. There were some unique ways of getting them, but they were really just collectable items with unique ways of actually using the weapons. But they were no more potent than some of the other weapons or the general loot pool of weapons in the game. Whilst this has taken a 180-degree turn with title update six now having some of the most vital and most unique talents in the game.

What’s more exciting are the new named items. Until the title of day six, there are only two named items in the game. With this update, we are getting an extra 35. Named items are going to be those rare drops the division 2 has severely missed. These named items will be about 5% stronger than ordinary brand set items or weapons, with all new law designs and their own special drop icon and animation. The dark zone is one of the most significant selling points for the division, and most existing players expected the same for division 2, but this just didn’t happen. With title update six now when you enter a checkpoint the server will check for an ideal server for that player, so they join a dark zone that is a high population already.

If you want a looter shooter game that has an unlimited amount builds a very long and rewarding level 1 – 3 experience and a very vocal community and a dev team that is moving the game towards the best loot issue on the market if you want all of that then Division 2 is the game you should be playing right now.