Safety Procedures and Standards of a Collaborative Robot

While the first industrial robot was created in the 1950s, the world’s first collaborative robot would be invented much later in 1996. It would take another 12 years for the collaborative robot to be used commercially, and today the market is worth an estimated $815.4 million and is projected to reach nearly $2 billion by 2026.

What makes a collaborative robot so different from an industrial robot is its ability to work safely alongside humans. However, these are still machines with many times the strength of a human, and since inception, their industrial robot counterparts have proven to be very dangerous to workers.

When the first collaborative robot was installed in a Danish factory, many were sure the authorities would shut them down due to severe safety concerns. Even when they entered the US market, they were still an oddity. In a 2012 article for Robots & The American Dream, Travis Hessman, Editor-in-Chief with New Equipment Digest, recalled the first-hand experience of seeing them operate.

“The Danish startup’s bots were a bit of an oddity at the time. They ran without the cages and barriers of traditional robots, in fact waving their arms through pre-programmed dances right over the heads of visitors. The UR staff drew crowds and shocked gasps by letting the robots run right into them on purpose.” 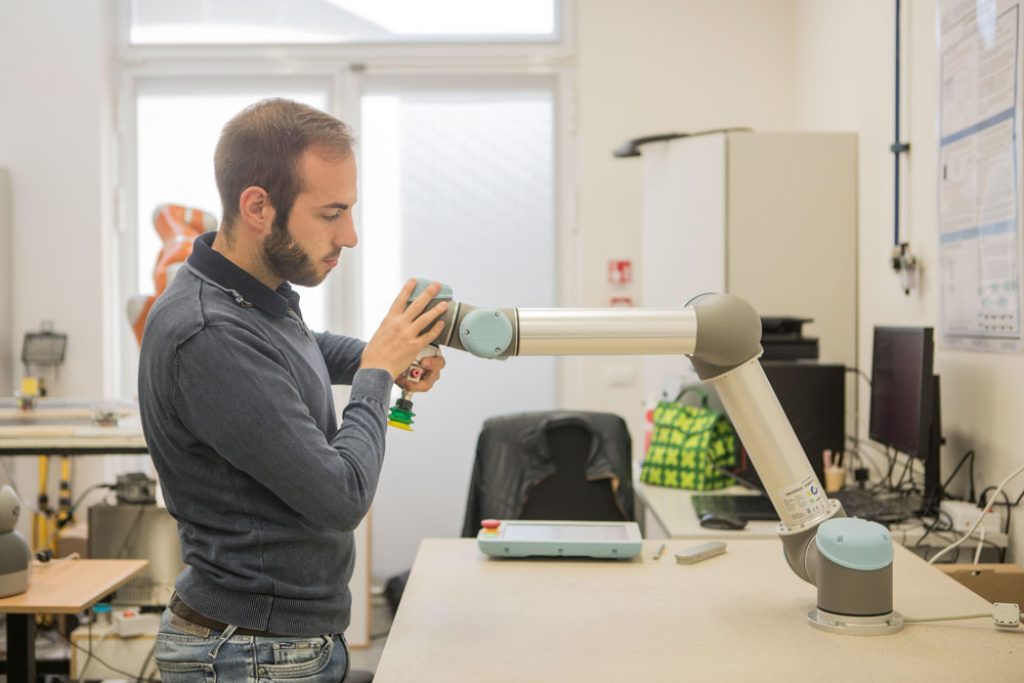 In a 2012 paper outlining the framework for a safe physical Human-Robot Interaction (pHRI), authors De Luca and Flacco designed the following three-layered approaches that robots need to excel at for them to be considered safe for collaboration:

An active scenario constitutes one where a robot and human work together on the same task without contact or coordination.

Physical collaboration entails direct and intentional contact between robot and human. Contactless collaboration requires the human to control the robot without contact through body gestures or voice commands.

However, these guidelines are constrained by the unpredictability of human actions depending on the environment the robot is employed.

There are two methods robots and collaborative robots use to execute a task. 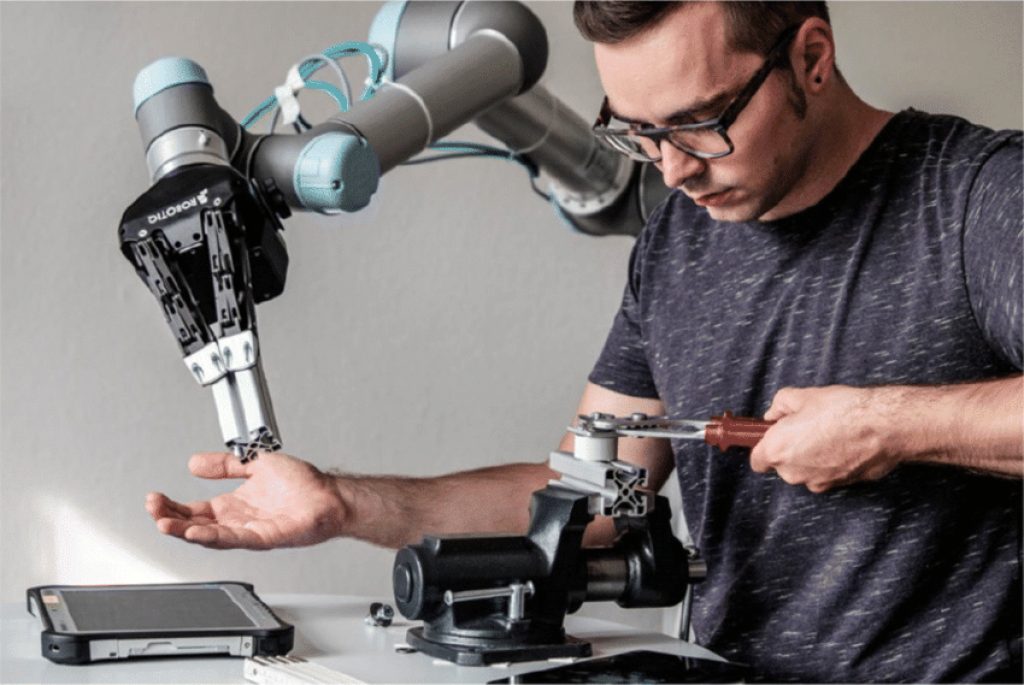 This task execution method relies on the robot’s complete prior knowledge of the surrounding geometry and environment. Hence, the layout cannot change once the robot begins operations, making this method unsuitable for a collaborative robot but more suited to the closed-off and barricaded industrial robot.

This method uses sensors to take in information with which it creates an image of the current environment. This is a real-time method that can consider the changing environment enabling a capable robot to react appropriately. This method can incorporate the unpredictability of humans and create a safe Human – Robot workspace.

It is, therefore, sensor-based planning that powers collaborative robot features. 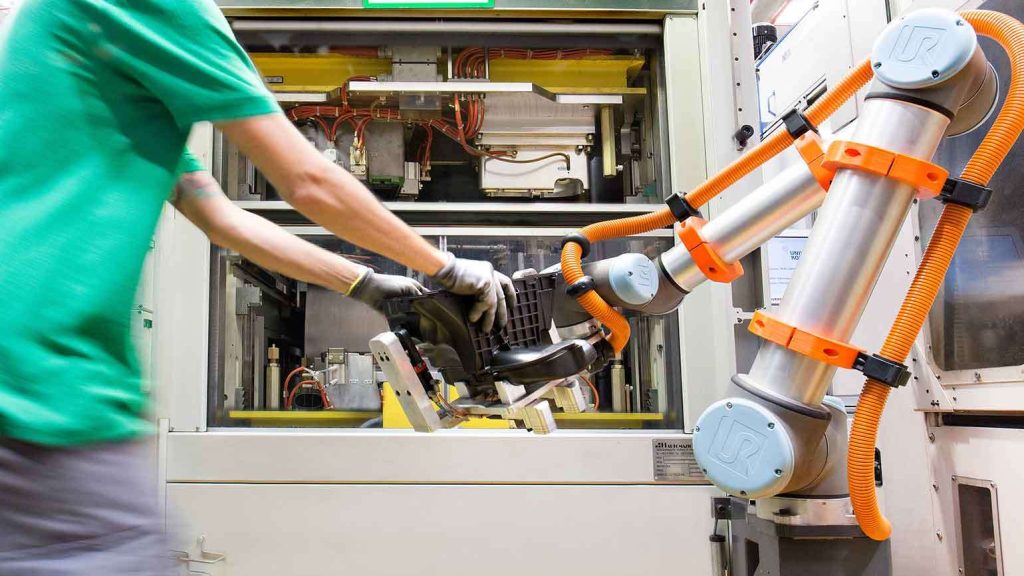 This method cannot truly take advantage of the benefits of collaborative cooperation and requires barriers similar to an industrial robot.

With separation monitoring, the collaborative robot moves away as the person comes nearer, maintaining a specified distance away from a person. You can check more on universal-robots. 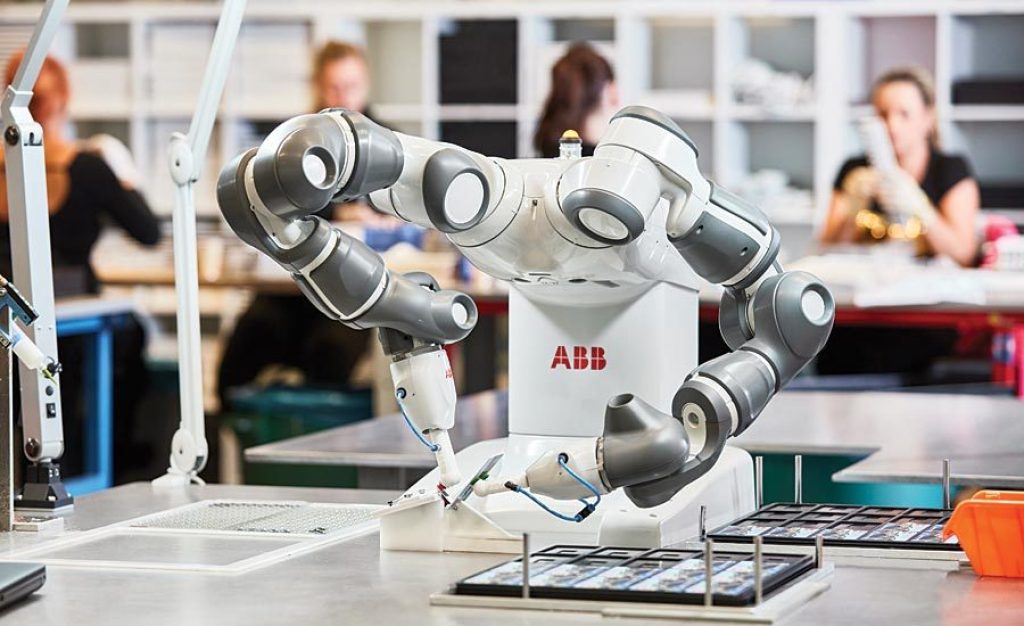 A collaborative robot can meet the prescribed safety standards necessary to keep people and robots working in a collaborative environment safely through this combination of sensors.

Collaborative robots are becoming a fixture of commercial applications. They offer many advantages apart from safety over the larger, bulkier industrial robots. To begin with, they are easy to program, making them ideal for small to medium businesses with a high mix – low volume production process.

One does not even need a background in robotics to operate and set them up due to an intuitive setup up procedure. Their prices are also getting increasingly affordable.

Manufacturers can use collaborative robots to improve productivity. Along with that comes improved procedures and turnaround times, leading to a fast return on investment.

Low prices and fast returns mean manufacturers are less reluctant to invest in the industry. The consulting group, NMSC, estimates that the global collaborative market will keep growing at a compound annual growth rate of almost 12% from 2020 to 2030.

Cobots currently see many real-world applications. An example is the automotive industry, with uses ranging from welding to machine tending. Another example is the electronics industry, where they can accurately pick and place circuit boards onto an aluminum presser.

Collaborative robots have been used to perform grinding and polishing assignments in a rubber and plastics factory, as well as packaging, palletizing, and labeling tasks. Machine tending, especially with the advent of 3D printing, is an up-and-coming application of cobots.

The field of collaborative robots definitely has a positive outlook.