How do You Level up Your Skills Faster in Elder Scrolls Online?

If you’re like me, you probably like playing MMORPGs and if you’re thinking about trying Elder Scrolls Online, the first thing that you should know is that the leveling process will be quite different then other games in the genre, mostly because it makes the world within the game level up as the players do. This means that it’ll offer new zones that you can explore to learn more about Tamriel.

Since the leveling process is different and unique, you might be wondering about what you can do in order to level up faster in Elder Scrolls Online. Fortunately for all individuals that found themselves in this same situation, our article can help. Here are the top tips for leveling up your skills in ESO: 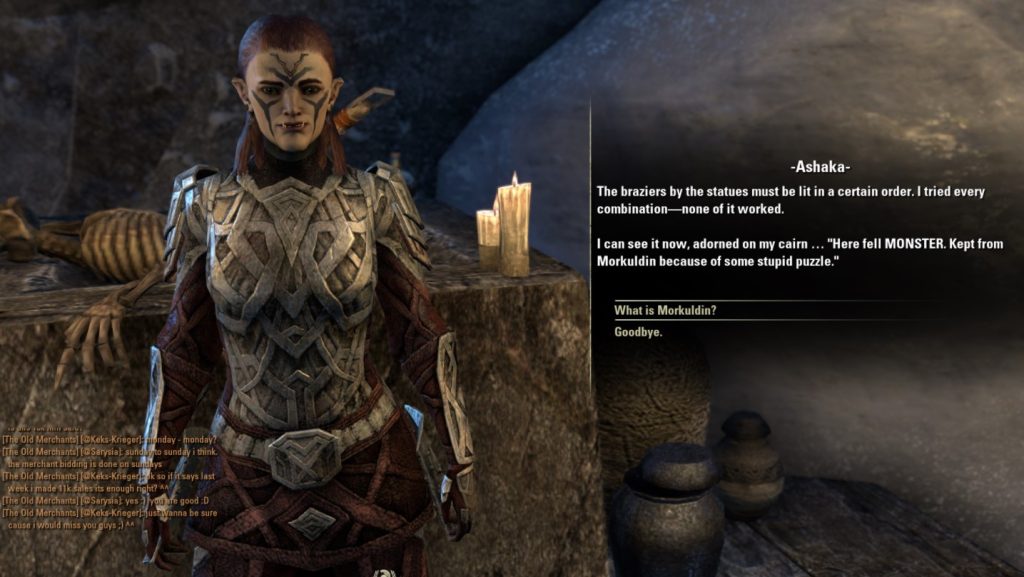 When it comes to saving real-time, one of the first things that you might want to do is to skip all quests text that’ll be displayed whenever you have a conversation with someone, except for the text where you’ll need to make a decision. Won’t this cause gaps in the story? Well, it won’t, especially since you can check your journal and fill in all those gaps. Besides saving time, it’ll also allow you to immediately finish or head to quests, thus, you could level up quicker.

2. Battle Monsters & People That Are Already in Combat

While you’re roaming the world of Tamriel, you should always look for monsters and/or people that are already engaged in combat and once you find them, join the fight and hit your chosen opponent as a way to gain skill points! You could either choose a melee or a ranged attack, hit the enemy, and simply walk away. By doing so, the other character engaged in combat will end up eliminating the rival, while at the same time, you can watch your XP increase.

3. Kill Everyone & Everything While Heading to a Specific Location 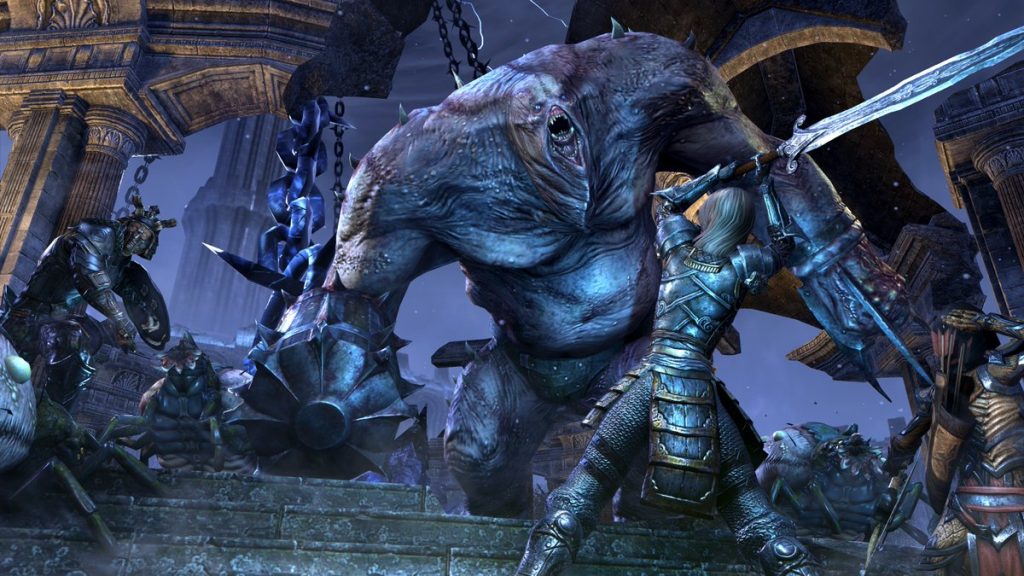 Elder Scrolls Online is all about walking and exploring, hence, while you’re heading to one of your quests or unexplored locations, you could choose to do several things that’ll help you level up. For starters, you can craft materials, gather ingredients, and discover new places, however, you could also meet different enemies, all of which will provide you with a way to gain experience points, thus, improving your level.

Instead of simply going off the beaten path and avoiding the enemies that are right in front of you, you should take out as much of them as you can and whenever you can. This is something that should be a habit for you, mostly because it’ll help you with improving a wide range of your skills. Hence, when you meet some unexpected rival, never avoid them, instead, you should eliminate them, and improve your character.

4. Deal With Several Quests at Once

When I first started playing Skyrim ten years ago, I ensured that I finish all the quests as I received them, however, I soon realized that this is a waste of time, especially since it isn’t an efficient strategy for leveling up. Because of this, you should opt for dealing with several quests at once, especially if they’re located in the same or nearby location. This means that you should complete the ones located in the same area at once all, and then enjoy all the perks you’ll receive.

Now, you should know, in Elder Scrolls Online, “quest hubs” like the ones we can see in WoW don’t exist, which means that you won’t be capable of receiving many quests at once. Instead, once you arrive at a new city or while you’re roaming the online world, talk to different characters in order to get more quests. By doing so, you’ll not only gain a lot of XP, but you’ll also improve your overall gaming skills.

5. Boosts Are a Thing 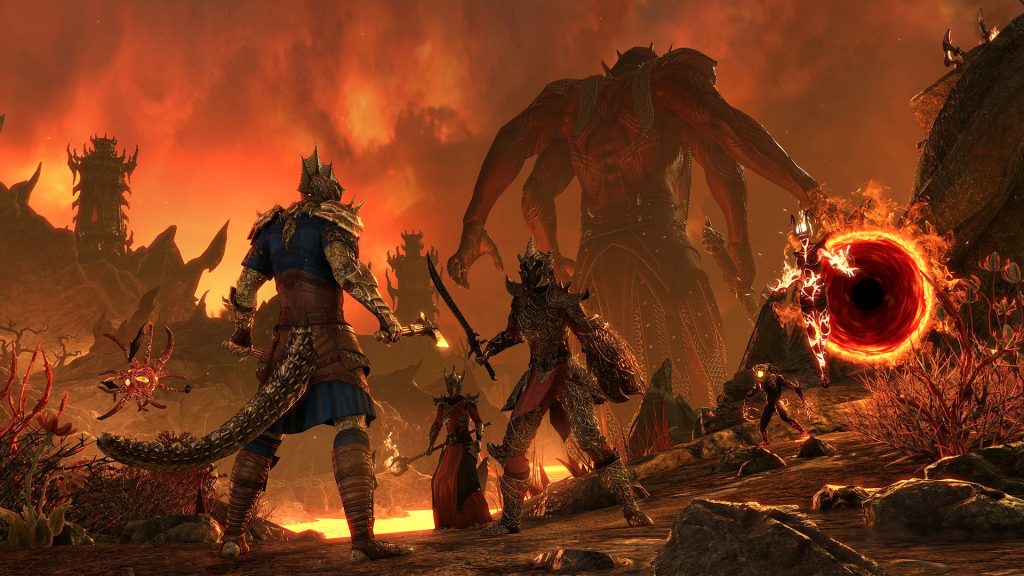 Another thing that could help you improve your skills and in-game character is to choose boosts. There are various online companies that offer these boosts for Elder Scrolls Online, thus, if you want to quickly receive some weapons, armor, or other important items for the game, you could opt for purchasing and using these boosts. Keep in mind, before opting for a boost, you should learn more about them to determine what you’ll receive.

6. Combat Several Enemies at Once

As you continue playing the game, you’ll realize that you won’t have trouble dealing with enemies. This means that it’ll be easy for you to evade attacks, take some rest to heal up, and battle several beasts – such as mammoths – at once. However, people who understand that they need to level up quickly to proceed and enjoy the game, even more, go for more than this – they choose to combat several enemies at the same time.

7. Carefully Choose on What You’ll Spend Your Skill Points 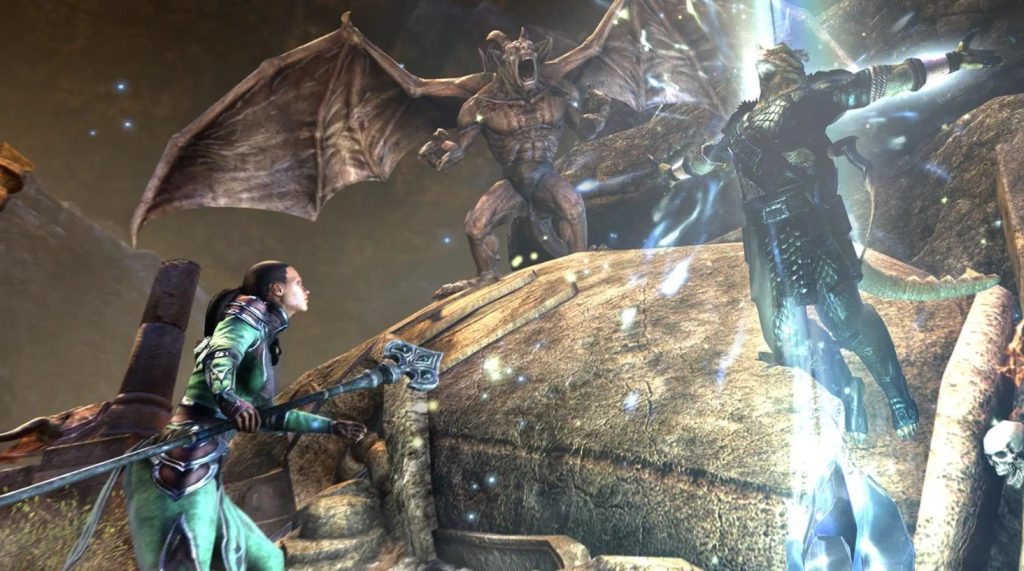 One of the things the developers behind this game praise themselves for is that they allowed players to have freedom, and unlike other games, it’s extremely easy to reset your character’s skill points. This means that if you want to try something different, you could visit a major city, find a Shrine, and once you spend some gold, you’ll be capable of relocating some of your strict and morphs skill points.

It isn’t expensive to reset your skill points, however, it can be daunting and time-consuming to travel to a major city if you’ve chosen the wrong skills, which is why you must make sure that you take some time to think about what you’ll choose. Hence, if you’ve reset your skills, don’t rush the process, instead, read everything about the skills, take some time, and then determine what might work for you best.

Although many people think that it’s extremely hard to level up in Elder Scrolls Online, it doesn’t have to be daunting. Hence, if you choose to follow the tips we’ve mentioned in our list above, you’ll be capable of making the leveling process easier and less time-consuming, but more importantly, you’ll improve your overall gaming skills which will help you quite a lot.

Since you now know what you’ll have to do to improve your skills and character in EOS, don’t lose any more time. Instead, you should open up the game and while keeping all of the tips from above in mind, start exploring Tamriel – something that’ll help you level up quicker.