How Will Listening To Music Change In The Future?

Music is old as humans themselves. From the earliest days, humans used sound, music, and dance to communicate with one another.

From dancing around the fire back when we were living in tribes all the way to church choirs, we can’t really say how or when we became so tightly knit with the music, but what we do know is that most of us can’t live without it. We shaped music through centuries, and music shaped us, as well.

Nowadays, music is more present than ever. We can’t go through a day without listening to some of our favourite artists. We sit on the train or in the comfort of our homes, blasting the newest tunes on our speakers or headphones, enjoying every second of it. But how long will that last?

Not that long ago, headphones weren’t even a thing, let alone these new, wireless, noise-cancelling in-ear monitors that immerse us into the sound.

Well, we can’t say for certain, but we do have an idea of where all of this might go. 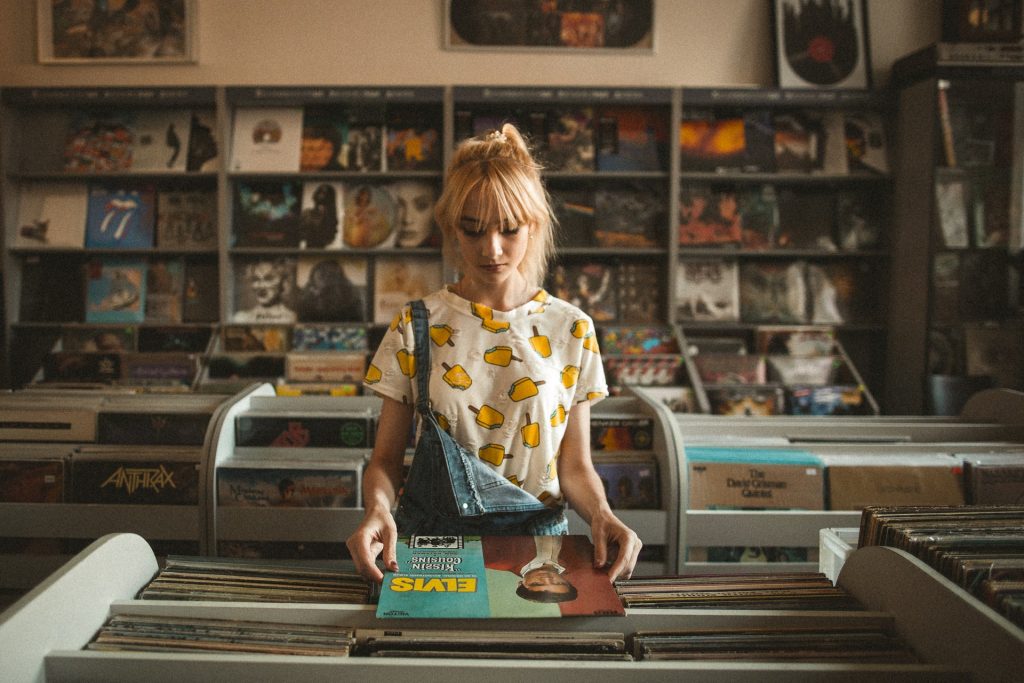 Before we get into the future, we have to take a look at the past.

While gramophone records became a thing in the late-late 19th century, it wasn’t until the early 40s that we really took to vinyl. The first vinyl record as we know it came about in 1931, although it wasn’t necessarily made for music. Then, during the 40s and 50s, when blues, jazz and rock and roll became cultural phenomena, vinyl records overtook the world.

Shortly after, transistor radios found their way into everyone’s household. After all, it was cheaper and easier to listen to music over a radio than it was to buy vinyl. Radio certainly shaped music listening and overall culture, but it wasn’t until the mid-60s that we really found the best use for it.

When cassettes came about in 1963, most people thought that the era of vinyl was over. However, they were very wrong. Vinyl records still stayed strong, but the cassettes have also made their mark, fighting for their place on the market. As you know, they’ve held up quite well over time, as some of you certainly remember using a pen to rewind the cassette, don’t you?

During the 80s, when computer technology was still in its relative infancy, we were introduced to a compact disk or a CD. However, it wasn’t until the 90s and MP3s that we really took to digital format. Everyone was burning CDs left and right. Music piracy became one of the most lucrative hustles. Everyone had their Walkman and a bunch of CDs in their fanny pack.

And then, smartphones came to be.

21st Century And The Rise Of Streaming Services 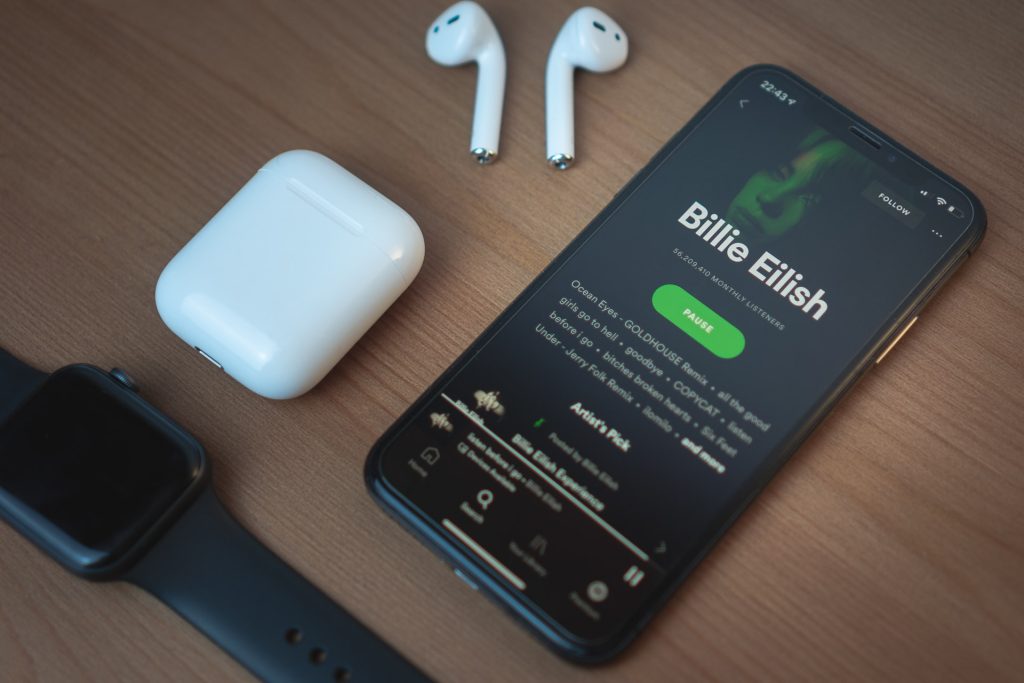 The 21st century was completely revolutionary for music listening and consumption. Up until that point, most of us had radio transistors, some lame computer speakers, or those now-iconic Walkman headphones, and we had to buy our music – even if it was pirated.

Internet became widely available, and that allowed us to share and consume free music as much as we wanted to. Napster, torrents, Limewire – these things were infinite libraries of music. YouTube also became flooded with music anyone could listen to. It was truly earth-shattering.

At this point, consumer and professional-grade speakers and headphones became readily available for anyone that wanted to spend some money on them, and what’s even better, by 2010 – most smartphones came with headphones right there in the box.

Around this time, everyone was enjoying music on their own terms, and why wouldn’t they? It was available, and it was “kind of” free – it was paradise. Kids would walk in groups on their way to school, not saying a word to one another because they had headphones in – at least in our experience.

What many don’t know is that companies like Spotify actually came to exist back in the mid-2000s because they didn’t really make their mark until the mid-2010s. But here we are – in the era of streaming.

Nowadays, everyone and their grandma has a subscription to Spotify, Tidal, Apple Music, or whatever else is there at the moment. Streaming services have overcome the world of music. Artists don’t even bother putting out their music in non-digital format. It’s just uploaded on the server, and they make their money with each stream.

Now, the thing that’s funny is that while we have had several different mediums of reproducing and playing the music – one thing remained the same.

We still LISTEN to our music. The music is still playing from speakers or headphones.

Becoming One With The Beat

A few years ago, we were introduced to haptic suits and vests like Woojer Vest. Around that time, the idea of VR or virtual reality was already well embedded in our brains, and while for most of us, the idea of experiencing digital in the real was years away – some visionaries had other plans. It’s safe to say we were quite wrong about the timing.

Even nowadays, in 2023, you can get your hands on a haptic vest like the Woojer and FEEL the sound. Not just listen to it, but actually feel it flowing through your body.

For a more in-depth review of the Woojer Vest, check out:

These almost Ready Player One-like suits allow you to immerse yourself into the world of sound and feel every punch of bass, whether you’re listening to your favourite tune, playing a game, or watching a movie.

And while it’s true that this is the latest and greatest in music/sound experiencing tech, we’re still far away from actually feeling the music.

Our guess is we’re still a decade or so away from completely revolutionizing the way we listen to music. What we feel like it will happen is we’ll end up with chips or some other form of tech that will allow us to hear and feel the music without the sound ever being produced. In other words – we’ll feel and hear it from within.

Imagine putting on a VR headset and attending a concert from your bedroom. But, not only that, instead of listening to music through headphones – the music’s directly streamed into your brain. Fascinating, isn’t it? 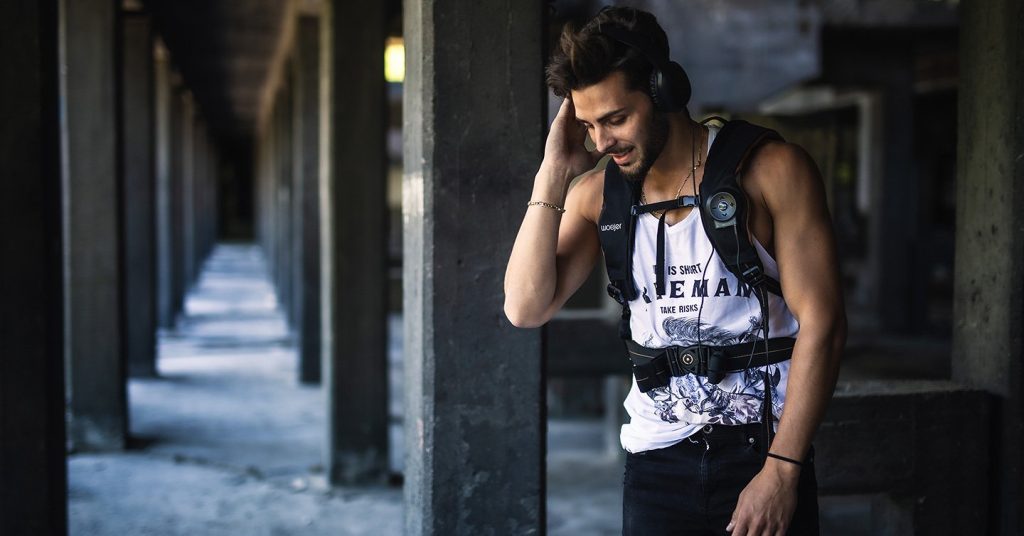 While it’s true that this is both scary and exciting at the same time, there’s no doubt in our minds that something along these lines will happen sooner rather than later. Elon Musk is already working on a similar product, and if you take a look at his track record – he rarely fails in the long run.

At this point, we can just kick back, relax, put on our favourite pair of headphones and play some tunes – with or without the vest. But, how long will that last – we can’t know.