Video games are all about relaxation and enjoyment. However, it’s also very enjoyable to excel at them. When it comes to Elder Scrolls series the focus is rarely on the actual combat mechanics. These are frequently left simple, along with a few other mechanics, which isn’t necessarily bad. What this means is that the skill ceiling to the actual mechanic is hit early and you are able to enhance your capabilities through engaging with the world. This doesn’t mean there are no important tips to be had for the sake of becoming a legendary Dragonborn you are playing as.

This is why we’ve assembled some of the basic tips you need to get good in Skyrim. 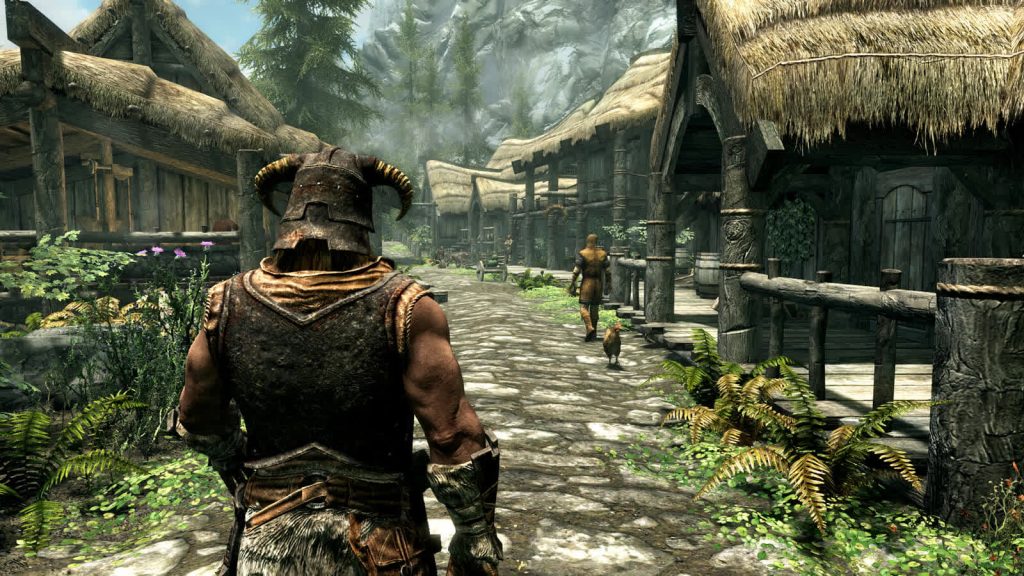 Skyrim isn’t very harsh on racial restrictions nor does it restrict your class choices harshly. No matter whether you are going for a sneaky thief, beefy warrior, or skillful wizard there’s always an opportunity to dabble into something on the side. That said, if you wish to get the optimal build going it’s best to pick a race that will support what you are aiming for. For warriors, these will most likely be Bretons, Imperials, or Orsimer. The reason being that Bretons get an amazing 25% resistance to magic boon right from the start while Imperials are very decent in Heavy Armor, Block, and One-Handed skills. Imperials also get a nice boost to their Restoration skill, which makes the Healing spell more effective. Orsimers are big meat fortresses capable of using most melee weapons, blocking, using huge armors, and even doing some enchanting. Any choice works but keep in mind that Bretons are regarded as one of the best races due to their resistance.

If you are more of a sneaky type there are way more options open. Argonian, Bosmer, Dunmer, and Khajit are all viable choices depending on your desired approach to the game. Bosmer and Khajit are exceptionally good as thieves while Dunmer and Argonian races get some points into the magic skills which makes diversifying your roster of abilities easier.

If you want to be a wizard Bretons are once again on the menu. They are capable of multiple schools of magic along with alchemy. Alternatively, if you wish to know all the spells and really flex those magic muscles going for Altmer is a great choice. They get extra points in every single school of magic. The third choice is Dunmer who don’t have as much versatility but make up for it with their high sneak skill and Light Armor skill.

Whatever your initial race choice and your distributed points are, it’s very likely you’ll come back to stealth eventually. The reason being that it’s the safest possible option. Poking an enemy with a ranged attack and ducking back into cover is a constantly useful tactic. This tactic may also work with melee attacks if you can bring the enemy down without being seen. Regardless, it makes it easy to clear some of the earlier areas rather easy and even later on you can get some nice use out of it. The skill itself is leveled up through its use which allows us to level it up very quickly. It becomes even faster if you use one of the tricks to leveling stealth up. The most basic way of leveling it up is by sneaking behind a bartender in a tavern and rubber banding your controller’s stick to keep the character walking into a wall. The game still counts this as you sneaking and will increase the level of your sneak skill throughout the process. The stealth skill was so potent they had to fully rework the way stealth works in Elder Scrolls: Online.

The sneak skill was replaced with skill lines which improve your sneaking capabilities. This alone makes it harder to cheese but a higher level character will still be capable of doing some potent damage without being seen. If you want to try out the difference for yourself or if the mechanics of this stealth style entice you more then consider trying Elder Scrolls: Online. In case you aren’t able to grind the levels, lfcarry.com may be of use, allowing you to get right into the big action part of the game.

3. Learn to get money 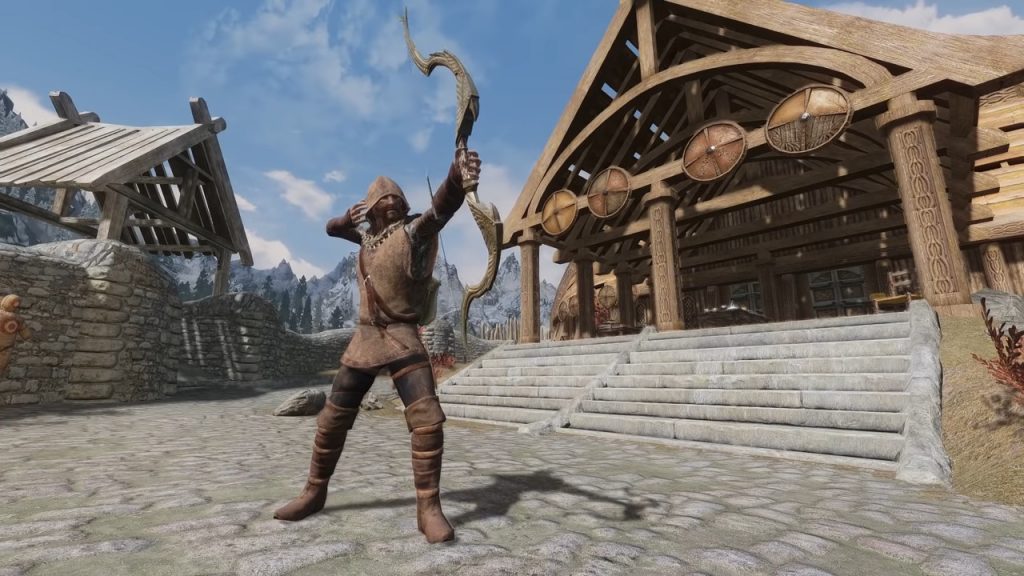 The constant struggle in most RPGs is that of money. With all the items constantly baiting us from shopkeepers’ menus it’s very fruitful to always have gold on hand. There are multiple ways of going through with earning big amounts of money. Stealing is one way to do it and it works very well as long as you aren’t seen. Even if a shopkeeper’s entire stash disappears he won’t suspect you as long as you haven’t revealed yourself while stealing.
The other way to do so is to find Transmute Mineral Ore. This is an Alternation Spell that allows you to turn iron ore into silver one and then improve silver ore to gold ore. Selling the ores is an easy way to earn a buck especially if you’ve stacked up on iron ore. The spell itself can be found at the Halted Stream Camp. The book for the spell is in the mine which you can sneak through or gain access to by slowly picking off all the present bandits.

Once you reach Dawnstar, you’ll get another source of easy income. Near the entrance to the Iron-Breaker Mine, you can find three rocks and some bushes. Within this formation is an invisible chest that you’ll get a prompt to open. It’s full of useful weapons, jewels, potions, gold, and many other items. The chest will be restocked every 48 hours too so you can get constant cash from visiting it. However, this does require you to talk to the owner of the chest. The owner is a Khajit trader camping outside of Dawnstar, she can show up in other places too. You just have to find her and ask her what she has for sale.

Earning money allows you to stock up better for upcoming dungeons, purchase better gear and even complete some quests. Getting a quick stack early can help you simplify the rest of the game.

4. Always keep an eye on your gear 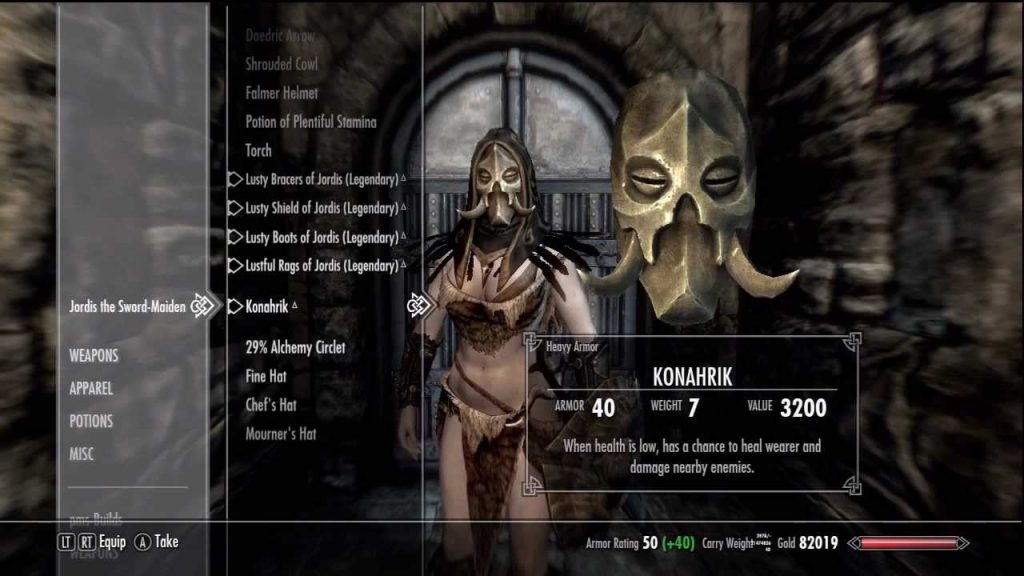 In Skyrim gear is everything. The game mechanics for combat and traversal may be rather simple and easy to learn but the extent of possible effects changing gear can have on your character’s capabilities is huge. From simple health and defense boosts to making your weapons so powerful that they kill most enemies in one shot. For the sake of always keeping up with the proper gear layout, make sure to compare your currently equipped gear with the one available in your inventory. It also helps to hunt down proper equipment that enhances your desired capabilities. It’s good practice to look up the location of the sets you are looking for and then make your way towards it.