How Effective are Electric Cars in Winter?

The electric car revolution is largely considered to be past the point of no return. It seems likely now that electric vehicles will completely supersede gas-powered vehicles at some point within the next two decades. However, one advantage that the older exhaust-emitting models still have over the electric car is they have been coping with cold climates for considerably longer. As such, and have built up a range of technologies, adaptations, and driver’s good practice that has made them adaptable to conditions at the lower range of the temperature scale.

This is not to say that none of this cold-beating innovation can be transferred over to electric vehicles (indeed, much of it already has) but simply that the average driver of a gas-powered vehicle, if they live in a cold climate, understand the best way to cope. The same might not be true of electric car owners who are, by the nature of the situation, dealing with much newer technology.
Indeed, just as electric cars have come with all sorts of anxieties usually surrounding their range and effectiveness in non-urban environments, so too do owners of this new technology worry about its performance when things get sub-zero. What is it that every driver should know regarding electric cars and low temperatures? Many of us are familiar with how low temperatures can adversely affect battery performance in everything from our smartphones to the car battery in a gas-powered vehicle, but what does the cold do to the battery in an electric car? Will it affect the range, the charging time, and the overall performance of the car? Do electric cars handle worse or better when the ground is icy?

These are questions on the lips of many motorists who have made the switch to electric power. And with the technology being so new, it is only natural that many are concerned about whether electric cars really can cover every one of the bases that their old gas-powered ancestors could.

Electric Cars in the Cold

With an electric car, the questions become all about the reserves of electric power that exist within the vehicle. Whereas with a gas-powered car there is a distinct car battery that covers all the onboard features – primarily heating – that are necessary during the winter, electric vehicles have to share that power with very engine itself. Accordingly, many worry about whether there is enough power to heat the occupants of the vehicle and still make it home without having to visit a charging station. And with these charging stations not yet as ubiquitous as they will probably become, this is a very understandable concern.

The bad news is that yes, an electric car’s range and battery life are indeed reduced when the weather is cold. Whereas with a gas-powered vehicle, there is always a set amount of fuel which dictates the range of the car, things don’t really work like that where electric cars are concerned. Fortunately, however, electric car batteries are equipped with advanced smart battery systems, which allow for all sorts of power-saving features and driver alert functions to ensure you are at least never caught out and always know precisely how much juice you have left.

Another upside is that the effect is not especially pronounced. There is some reduction, yes, but not enough to make a difference to those embarking on short to medium range trips. The reduction should also pose precisely no problem to those living in urban centres (or with easy access to charging points) and who are simply taking their car through its daily motions. Rest assured, any winter power shortage onboard your vehicle is not going to make your commute impossible. 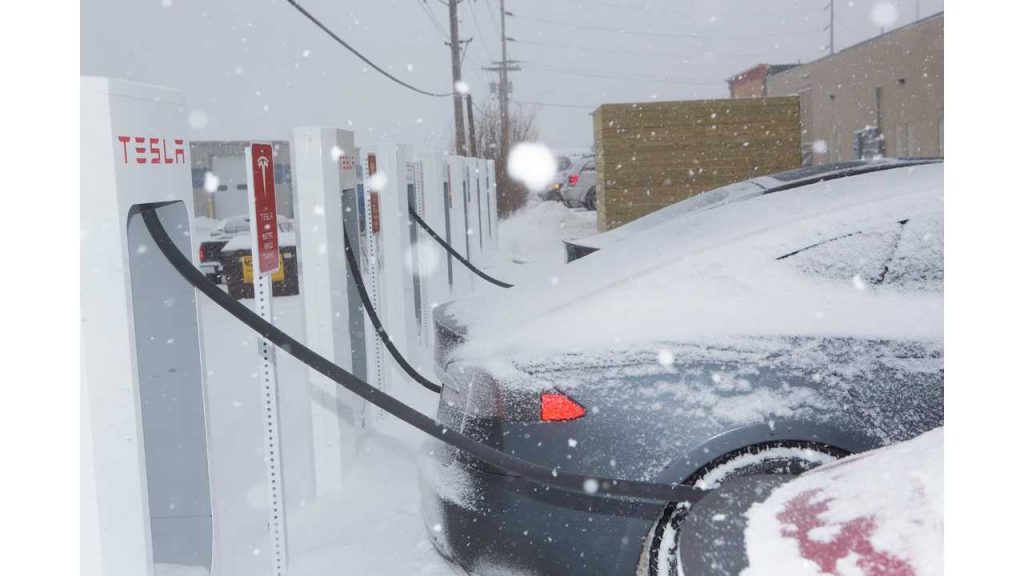 Of course, it isn’t only fuel and range that causes concern when the weather is wintry. There are also the somewhat more urgent concerns such as how the car will handle on icy roads or when driving over snow? Winter driving is simply more hazardous than driving on, say, clear and warm days. This is a constant of motoring which certainly hasn’t changed with the advent of the electric vehicle. Winter driving is more hazardous in any vehicle. We still require things like slower speeds, road clearing services, and grit bins available here in order to make winter motoring that bit safer. That is something that has not changed.

But when taking this as a metric for a comparison between the two different types of vehicles, the electric car actually comes out on top. For one thing, there are no gears in an electric car. This in turn means there is no need to shift gear – either manually or automatically – when accelerating. This combined with the generally smoother motors that are found in electric vehicles means that there can be considerably less slipping, sliding, stopping, and starting when it comes to traversing winter terrain in an EV.

The power characteristics in an electric vehicle also make it considerably easier to pull away and minimise wheel spin. Braking distances themselves might be more or less the same, an electric car simply threatens less erratic motion when the car doesn’t have an ideal amount of grip on the road.

Meeting the Challenges of Winter 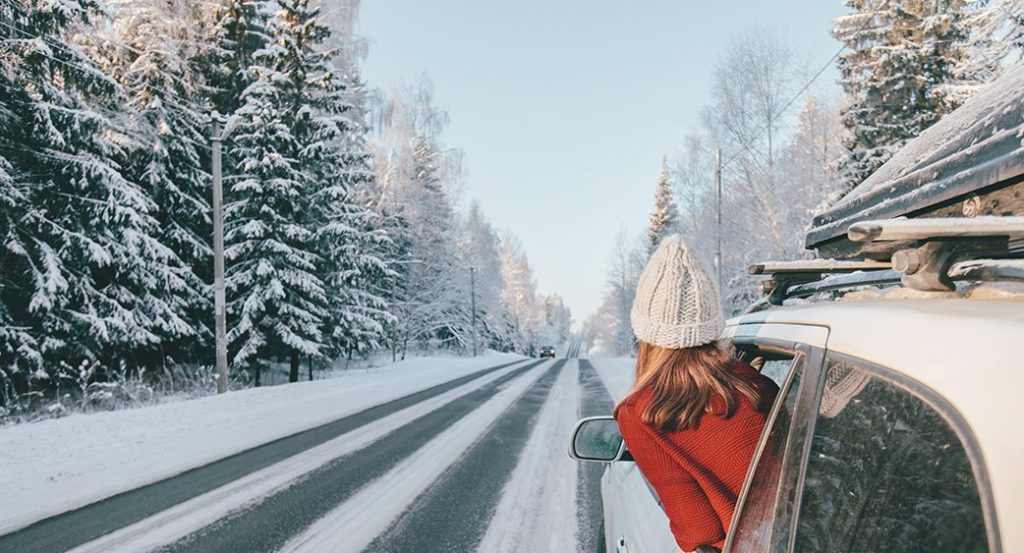 And just as electric vehicles represent innovation in itself, there is a whole load of innovative technology typically loaded on to these models to help meet the specific challenges winter brings.
For example, regenerative braking is one such technology that is doing something about the decreased range of electric cars in cold conditions. Regenerative braking, which is when the motor progressively slows the car and the motion of the spinning wheels is used to charge the battery. At each stage along the braking process, the wheels are spinning a little faster than the power being supplied at that point (which is being progressively reduced) and so this excess energy can be converted into electrical power.

Generally speaking, it is this greater integration of all the features of the car into one system, with the battery at the heart of it, which simply makes everything smoother, eases transitions between gears and speeds, and ultimately allows for excess energy to be rerouted towards charging the battery wherever possible.

So yes, there is an issue with range. But with all the new technological innovation and improved handling that comes with an electric car, there should really be no cause for anxiety where driving them in winter is concerned. In fact, you should look forward to some benefits.

What Are the Ways to Upgrade Your Car’s Features