Since the Premier League was established in 1993, it has been regarded as one of the best leagues in the world. While the league has produced some of the best players, fans have also witnessed some of the best managers. Some of them have won many titles, while others struggled to meet board expectations cope with violent fans and the ever-changing complexity of the league.

While most fans love to slate ex-managers, we don’t give enough credit to successful managers. One of the reasons is most managers are remembered for the reason they departed. So who is the best to ever managers to sit in the dugout? We’ve attempted to rank the best seven football managers in premier league history. 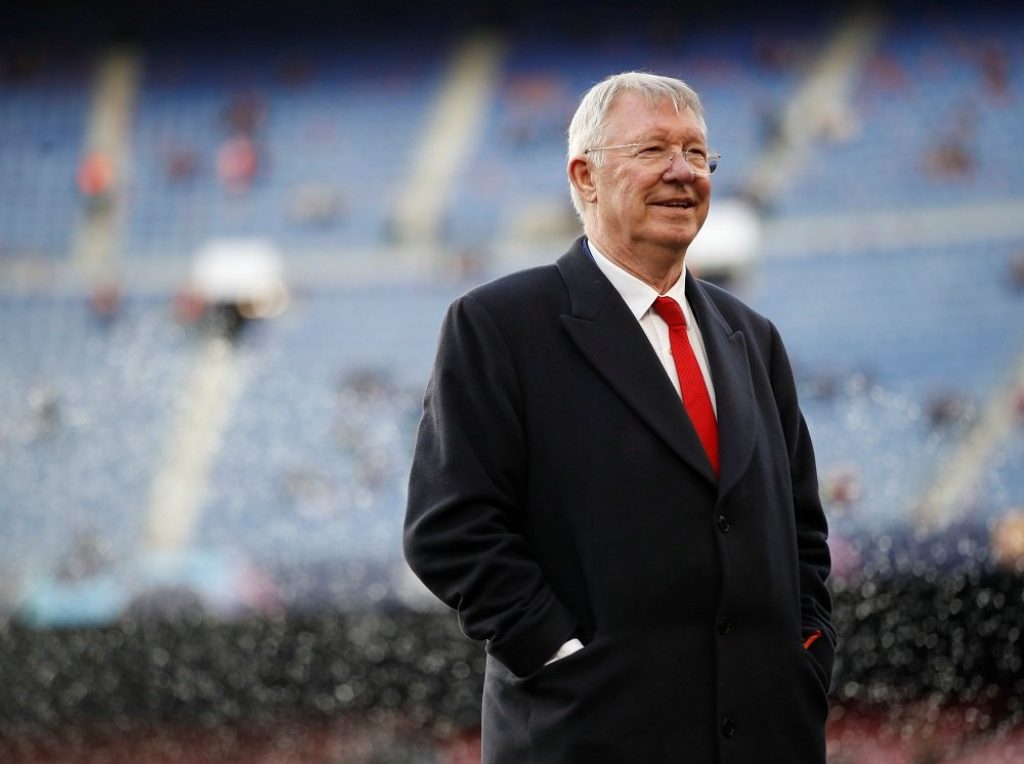 No one was going to doubt this, was there? Alex Ferguson won 13 premier leagues over 21 years at Manchester United. He retired in 2013. On top of this, Sir Alex won three league cups, four FA Cups, and two Champions League titles. He also won the Club World Cup to complete his CV. No manager on this list can match this legendary CV. Football fans thought Pep could not do it in the Premier League after leading Manchester City to third in his first season at the club. He had won it all at Barcelona and Bayern.

Pep has gone on to win three league titles and several league cups. Pep’s team has the record for the most points and consecutive wins in a season. Ninety-eight points and 100 points are the top two highest points in the premier league. Many pundits suggest this Manchester City side might be the greatest team in the Premier League history. 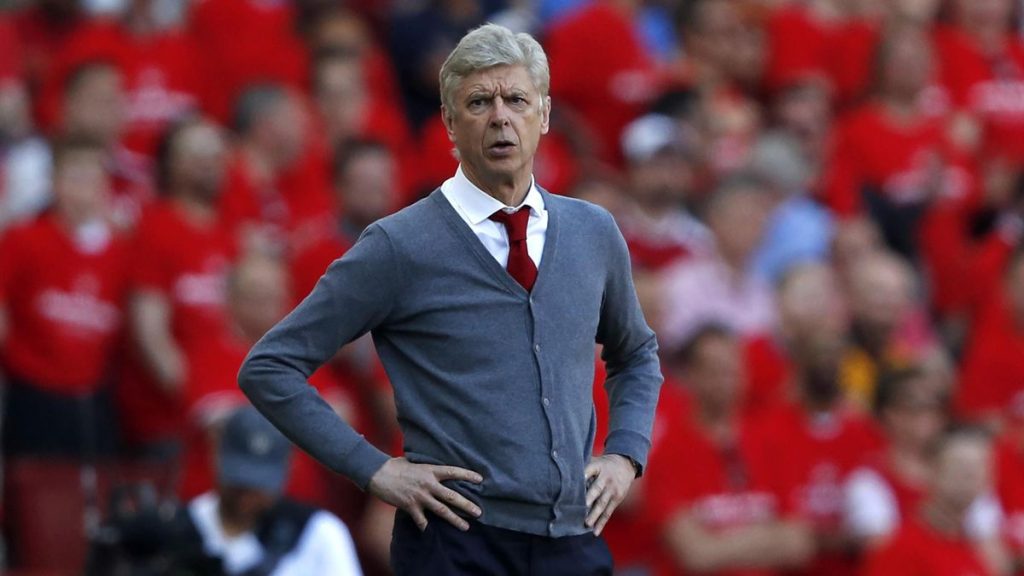 Arsenal signed Wenger as a relative unknown, but he left north London as a legend 22 years later.

He led the Gunners to an ‘invincible’ season – and they are the only English team to go unbeaten in the modern era.

Wenger won three Premier Leagues and seven FA Cups at Arsenal, and although fans were divided at the end of his tenure, there’s no denying his status as an icon. Jose Mourinho revolutionized the Premier League. He came to the premier league in 2004 and immediately announced himself as the special one. Most rivals hated his guts but according to Mountbet.com Mourinho’s rivalry with Arsene Wenger is one of the greatest football manager rivalries in the EPL.

The special one guided Chelsea to two consecutive EPL titles in his first two seasons in London. This was the first league title for Chelsea in over 50 years. Mourinho also won the league cup and the FA cup before he left.

In 2016, Mourinho returned to Stamford Bridge and won another league title and a league cup before losing his job.

Mourinho would then join Manchester United, winning the Europa League and league cup. He was sacked at this club.

Mourinho would later join Tottenham Hotspurs. His stint at spurs was unsuccessful. 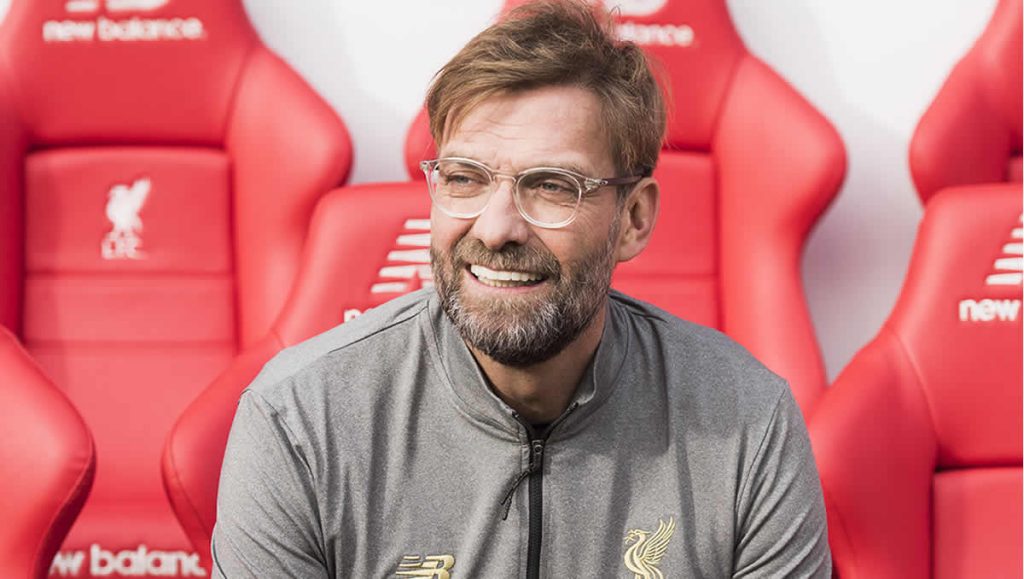 Klopp came to the Premier League with a big reputation, and he has already lived up to it. The manager has led Liverpool to a Champions League triumph in 2019 and a league title the following season. It’s Liverpool’s first EPL title, and it’s Klopp who delivered it. 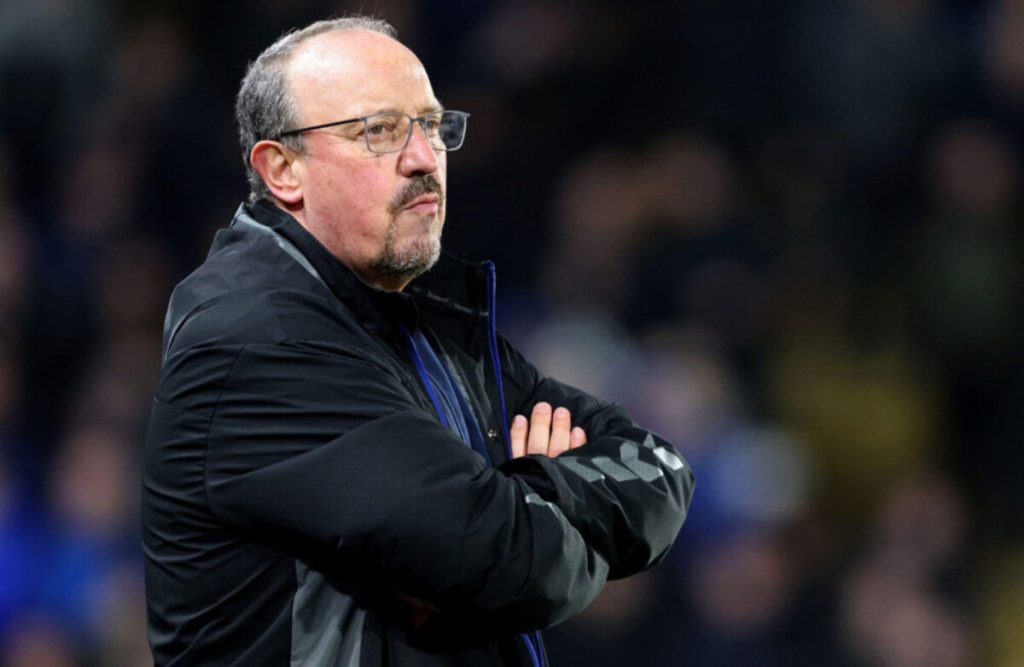 Rafa Benitez is another manager who almost won the first-ever EPL title for Liverpool. Although he didn’t succeed, he did lead them to a Champions League triumph in his first season at the club.

In the premier league, Rafa led Liverpool to 5th, 3rd, 3rd, 4th, 2nd, and 7th. The manager also had a great career at Newcastle. After failing to save the team from relegation, he stayed around and won the championship the following year. Rafa would go on to finish 10th and 13th on a tight budget. 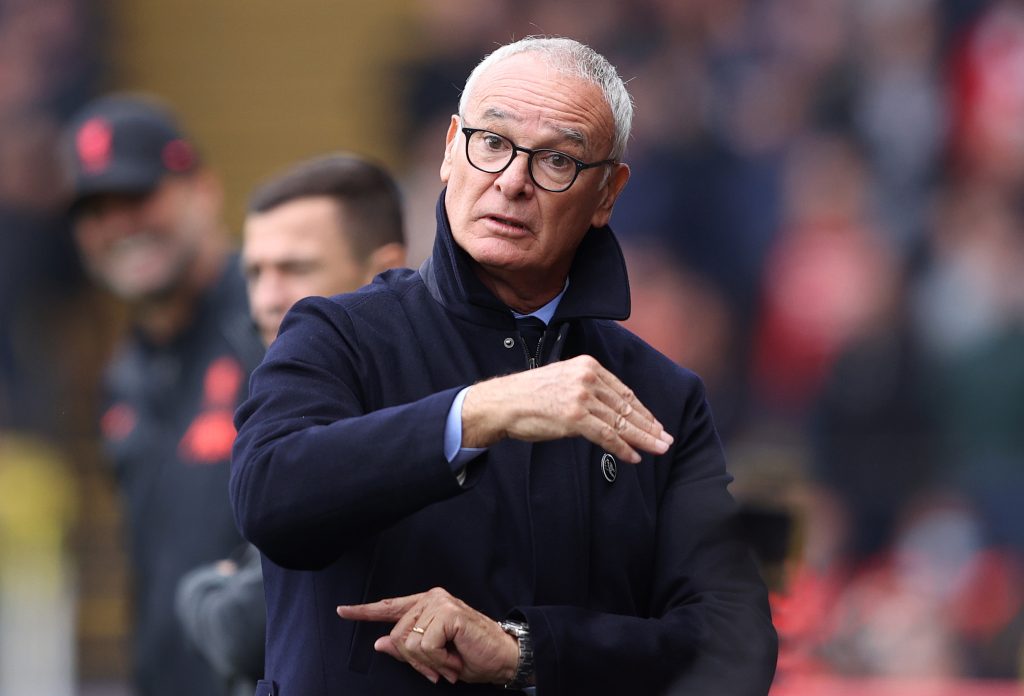 Not many fans remember Claudio’s four seasons at Chelsea. He finished 6th, 6th, 4th, and 2nd in those years. In the 2015/16 season, his Leicester team defied 5000/1 odds to win the Premier League. It is considered one of the most incredible moments in premier league history.

Even though he was sacked midway through the following season, he had one of the greatest seasons in the game’s history anywhere. Sir joined the club of his hometown Newcastle when he was a member of St James Park for five years. When he joined the club, the destiny of the club turned upside down. He joined in the year 1999 and when he joined there were battling relegations l, though after the tenure of five years, when he left in 2004, the Toon was established as one of the biggest contenders of the Champions League.

One of the biggest regrets of Bobby Robson’s life is that he couldn’t win any silverware just like Allardyce. Though, he was a remarkable member and is still remembered by the fans of Newcastle. 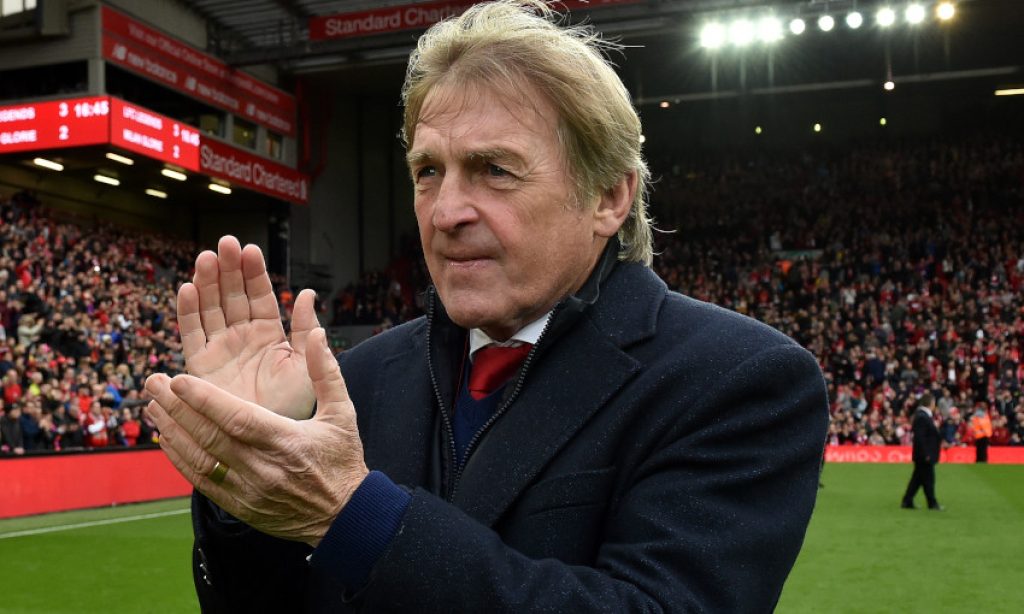 King Kenny has been one of the most remarkable members of the football league team and is still remembered. He was one of the best in charge of Liverpool and has given a great time to the team. At the same time, he also used to manage Blackburn and Newcastle to make the most of his sessions.

He used to guide Blackburn in the year 1995 to unlikely the premier league. It was on the top of the winning of first division along with the Reds, a few years ago. It was all because of the triumph that he became the next manager to win at the English top-flight with two different clubs at the same time. He was an incredible member and manager after Herbert Chapman, Tom Watson and Brian Clough. 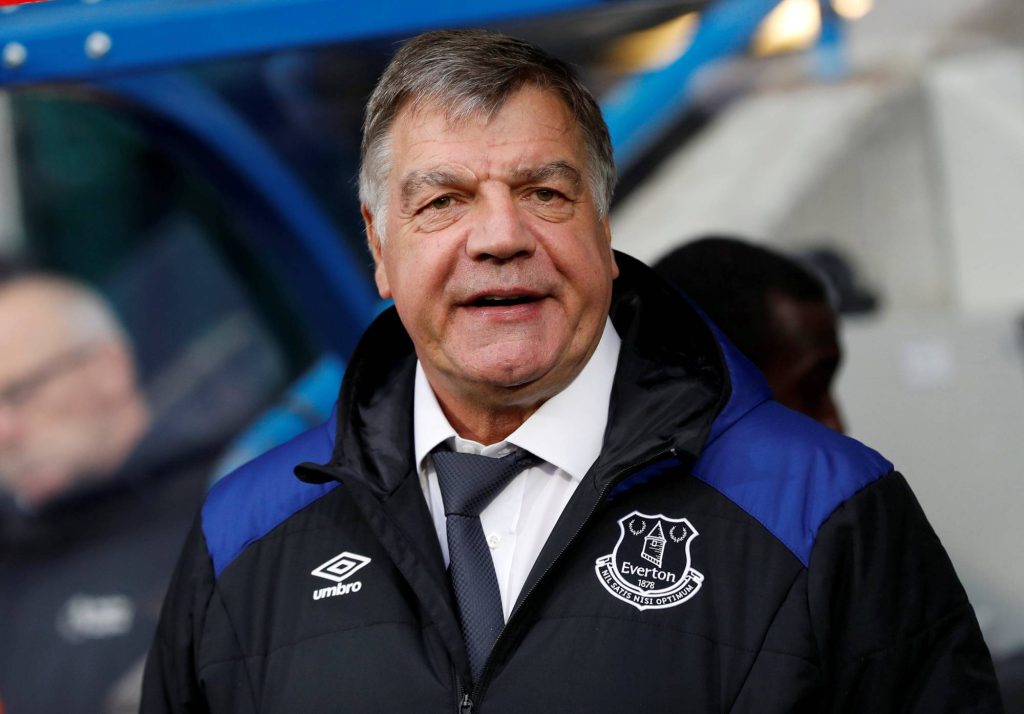 A well-known journeyman among the other people who played the role of managers, Big Sam is one of the most remembered coaches of Blackburn, Bolton, Newcastle, Evrrton, Crystal Palace, etc. This speaks about his greatness and how he has managed to coach one of the most renowned teams and has done a great job.

Though, no doubt in the fact that his resume is lacking Silverware, he has done a commendable job throughout his journey as a manager. He is a cultural figure, well-known and honored by the fans. One of the major reasons behind this is that he has been saved from relegation over several years. 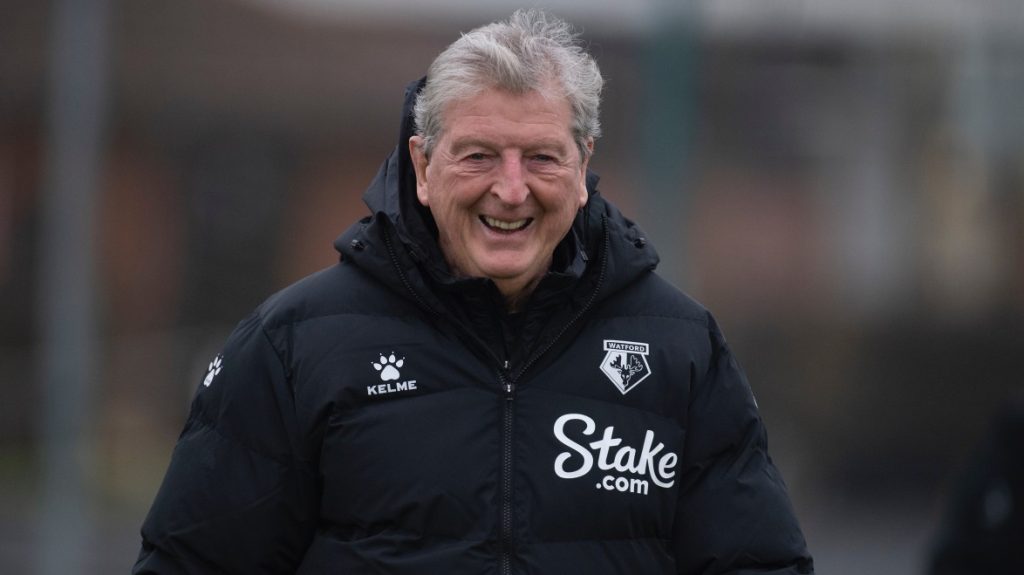 Another incredible team player and manager who was completely devoted towards the tasks that he had to perform for the team. He has coached a total of sixteen countries throughout his journey as a team player of the premier league. He has coached different teams from different locations, and has a great experience in handling several kinds of teams.

Though, he is best known for allowing Clint Dempsey to take Fulham to the Europa league finals held in 2010. He had also stood a chance to coach the sides of the premier league in LiverPool, Blackburn, Crystal Place and West Broom.

In this article we have listed some of the best managers of the premier league who proved themselves while coaching some of the best teams. All these names and some more are still remembered and will be remembered throughout as an inspiration to others.