8 Best Destinations to Learn Spanish in 2023

Learning a foreign language is one of the greatest gifts you can give it to yourself. When you know some language, you can easily learn another one similar to it. For example, there are a lot of similarities between Spanish, Italian, Portuguese, and even French, because of the same root – the Latin language. Almost all of the languages we mentioned in the previous sentence have a similar vocabulary, so even if you only speak Italian, but try to read some Spanish, you will recognize at least 40% of the words, that will give some context to what you’re reading.

Even without the use of Spanish translations, there are some helpful hints to languages to show you how to learn Spanish more effectively. In order to learn any language, it is best if you can find the means to interact with native speakers. This involves the process of what is more commonly known as immersive language learning. The best thing about learning how to speak Spanish with this method is the ability to constantly use and expand what you have already learned. There are many great resources online to facilitate your ability to learn Spanish. Figuring out how to learn Spanish effectively is ultimately much easier than you think. 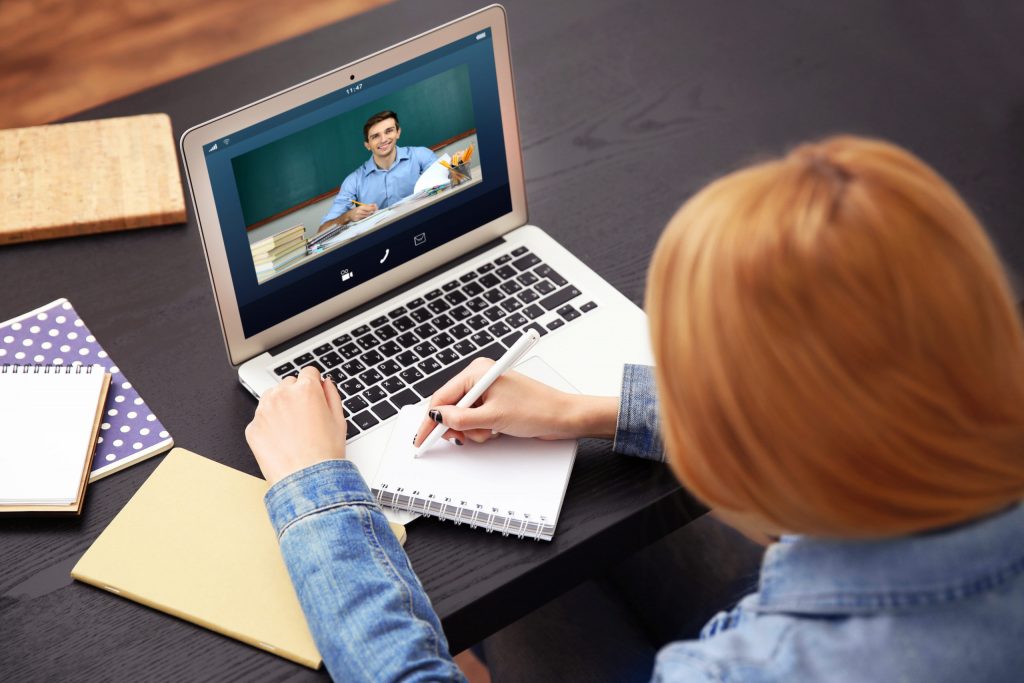 The best way to learn some new language? There are two recipes of success: find a good teacher, or move to a place where that language is official. The Spanish language is also known as Castilian, and that’s the official language of Spain. It has almost 500 million native speakers that live mostly in Spain and South America. Many people will find interesting the fact that this language is the second most spoken native language, and fourth in the list of most spoken languages in the world, right after English, Mandarin Chinese, and Hindi.

So, there is nothing weird or unusual if you want to learn Spanish. People often fall in love with it by listening to Latino songs or watching Mexican or Venezuelan soap operas, that are still very popular around the world.

Another one advantage of this language is that it’s rhythmic, and that makes it pretty easy to learn and remember the words and grammar rules. So, if you want to learn Spanish you may consider moving to Spain, or Madrid to be more specific, where the standard “Castellano” language is spoken. This language has a lot of dialects and varieties, but if you embrace the standardized version, you’ll be able to understand every other dialect, or even learn it for a very short time.

Here are some of the best places around the world where you can learn Spanish: 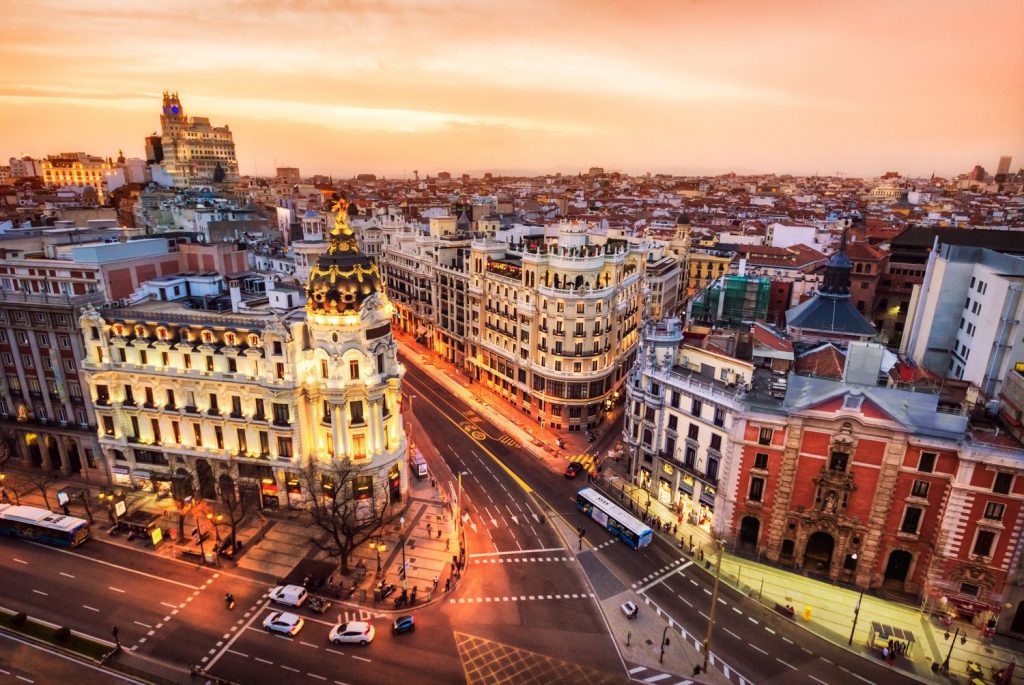 As we said earlier in this article, if you want to learn basic Spanish, then you need to take Castilian lessons. This version is mostly spoken in Madrid, the capital of Spain. This city is also the political center of the country, and many foreign students are choosing it for academic purposes. Also, people, there are very communicative and they will surely help you understand the basics and learn their language in just a few months.

Barcelona is the most acquired tourist center of the country, but people there speak the Catalan version of the language. But, that doesn’t mean that you can’t take some courses, learn the basics, and then build up your vocabulary. If you plan to move to Barcelona, you can click here and explore your possibilities for language courses. Keep in mind that if you have intermediate knowledge in Spanish, you won’t have any problem with communication in Barcelona. But, if you are not sure about this, it’s maybe better to start learning it at your homeland, and after you receive an A2 or B1 degree, move to Barcelona and continue with the whole process there. 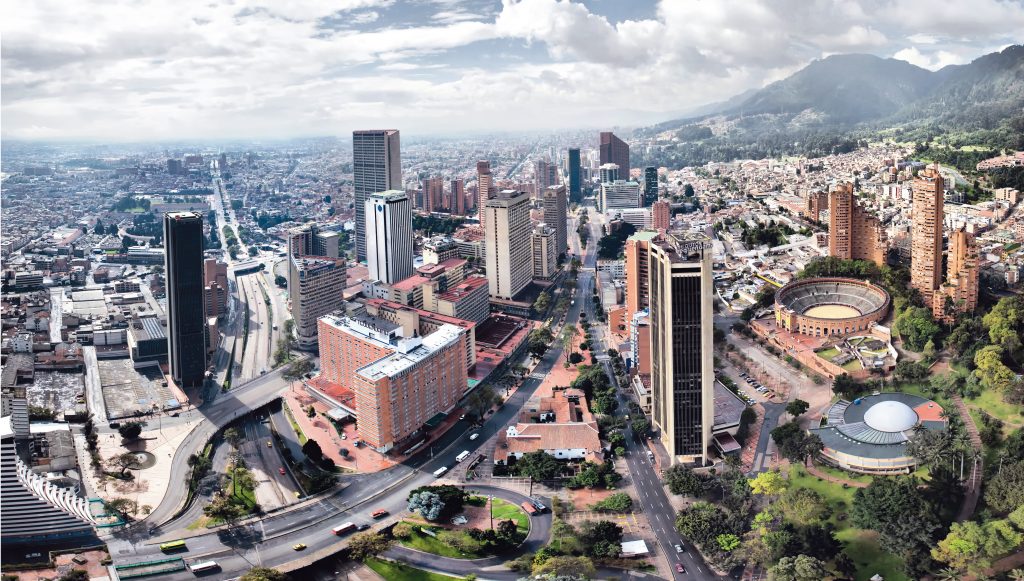 This is a very happy and optimistic place, even though it has a bad violent reputation. But, it’s a fact that students love it, especially those who live in neighboring countries. Also, many soap operas are situated in Bogota, so the dialect they speak will be pretty close to your ears, especially if you are a fan of these TV-shows. There are also rumors that their accent is the easiest in the world when it comes to Spanish.

Chilean dialect is also one of the most recognized Spanish versions. They say that if you once learn Chilean, you will be able to understand and adapt to every other variety of languages. You can choose to attend some courses, or spend a lot of time with the locals and see the benefits of learning a foreign language by naturally accepting it as your second (or third, fourth…) mother tongue. 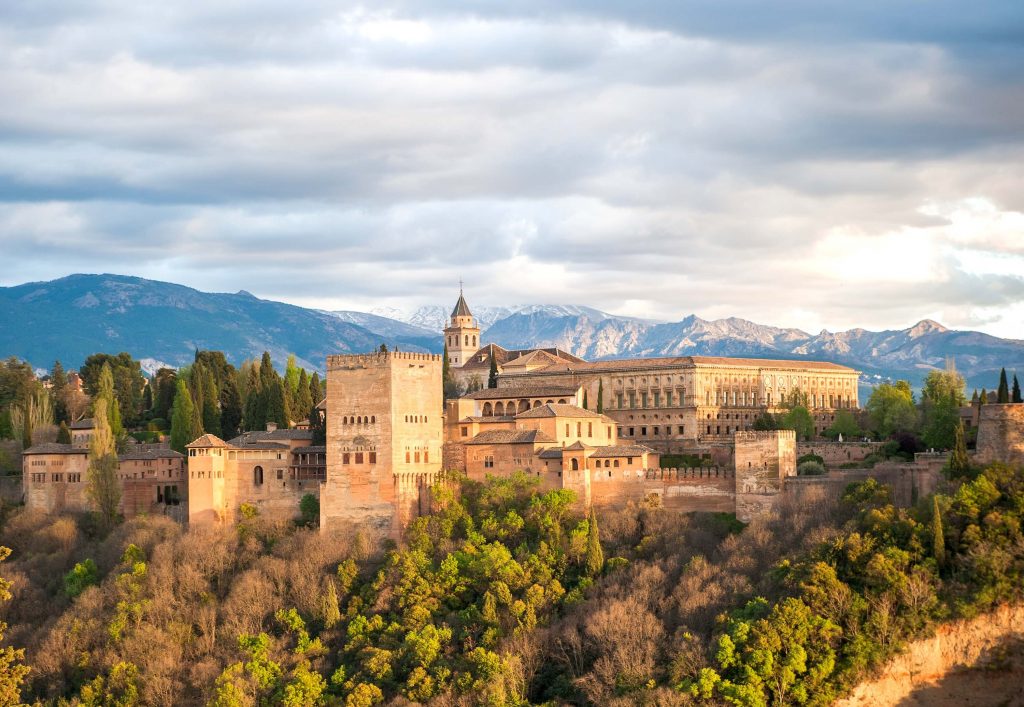 There is nothing specific about their dialect, but many foreign students are choosing Granada as a university center, that covers and organizes so many student events. It also has a good climate, so you can easily adapt no matter where you are coming from. Spending a lot of time with the locals and other students that came to study in Granada will give you a unique chance to feel the language under your skin. One day, you will wake up in the morning and realize that you are a great Spanish speaker. 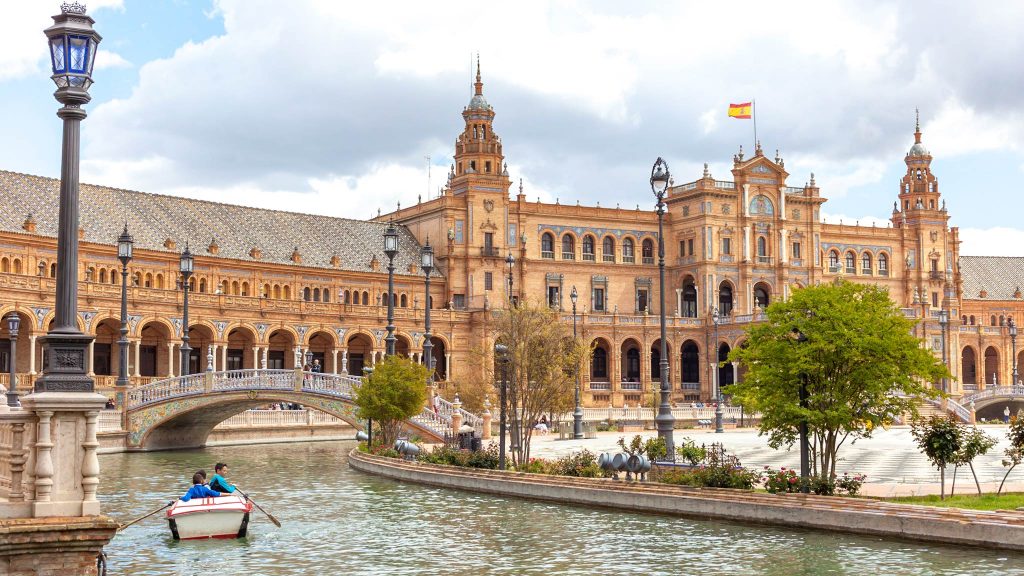 This is another one student center in the country, that provides a lot of entertaining and socializing options between the students. They speak Andalusian, which is quite different than Catalan, so we recommend you to learn the basics before you arrive there. But, once you know some basic Spanish, you will be able to adopt the Andalusian accent, like you’ve spoken it since forever. 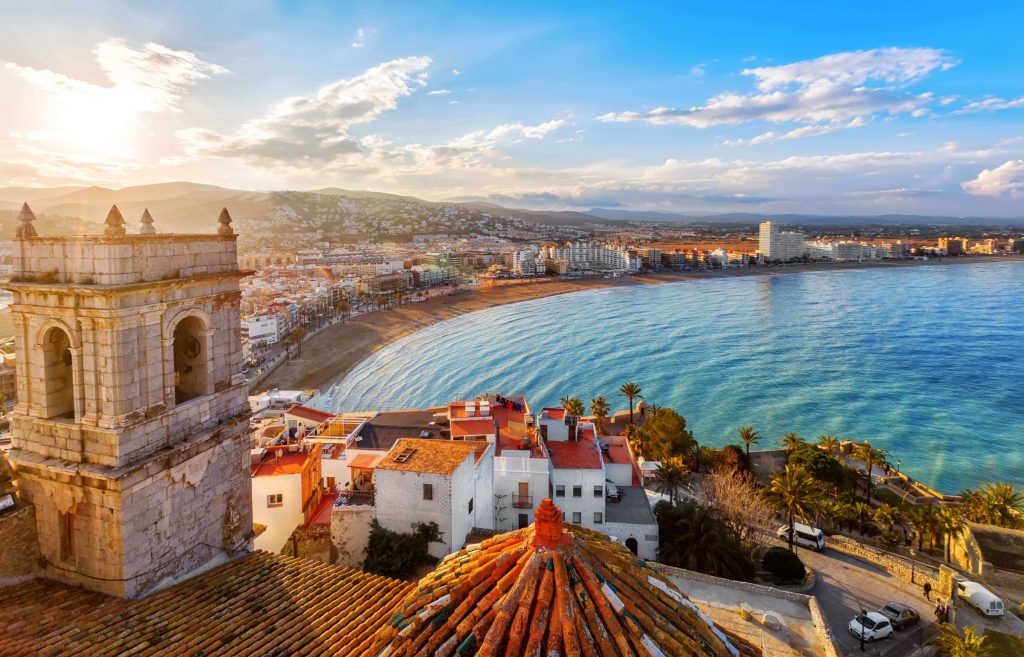 Valencia is great for tourist visits, and the food there is great. It’s located by the sea. People there are speaking the Valencian dialect, so if you know standard Spanish, you may need to take your time and embrace this version, and then start your life there. 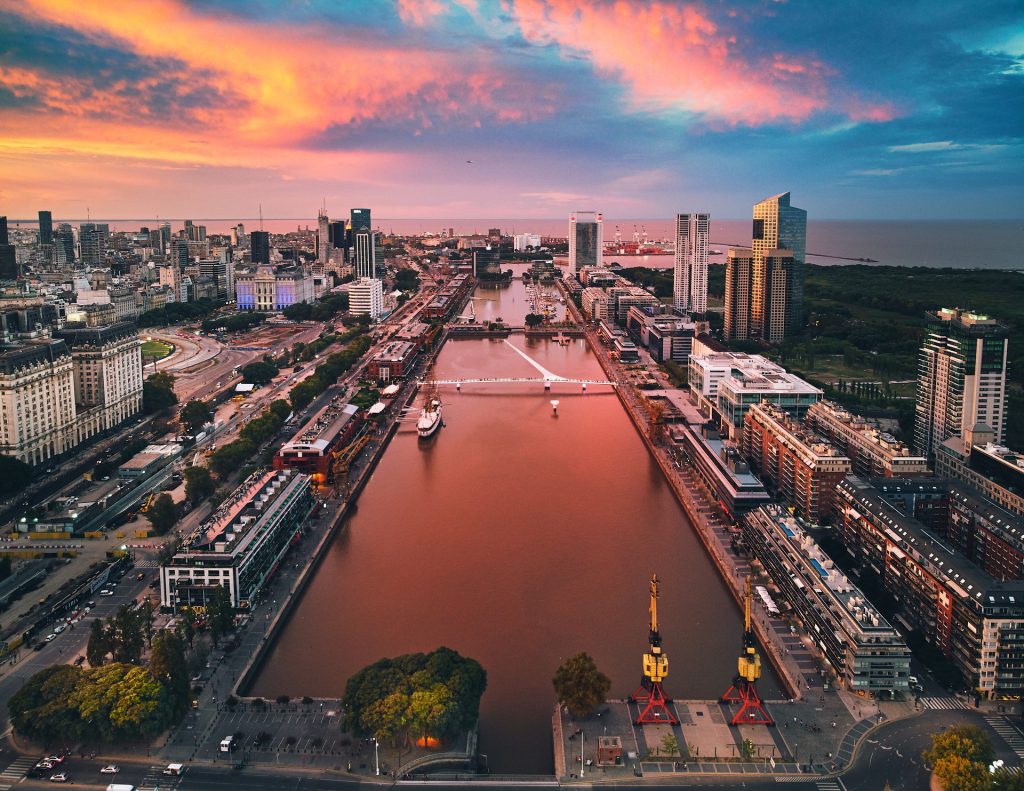 If you want a rich nightlife, dancing clubs, tango, breezy summer nights, music, and meeting new friends, Buenos Aires is the place you are looking for. But, what do you get more than that? Of course, a great chance to talk with the locals and learn their accent. That will make you fluent in Spanish in just a few weeks.

Of course, there are a lot more places where you can learn this language, including Quito in Ecuador, Cadiz in Spain, San Juan and San Jose in Costa Rica, Havana in Cuba, and so on. You can choose every Spanish speaking destination to improve your language skills and vocabulary. There is no bad choice, but you should decide which dialect you’re ready to expert.

Why I Didn’t Know About This Graphing Calculator Page Before