I love reading and writing fantasy. I love immersing into magical worlds full of heroes, adventures, and monsters. As a writer, world-building is a daunting monster itself. Since the world around us is so vast and complex, to “realistically” create a world would require a level of detail that’s simply unfeasible. You could write a thousand-page book about the life of one man. Or a single event. Or a place.

That’s why authors have to walk a fine line between exploring the worlds they create, the history, the lore, the nitty-gritty details about how the entire economy of the village at Ragnaflar 7 actually depends entirely on the taxes on the local EasyBet Casino, etcetera… versus sticking to what’s actually relevant to the plot.

All this to foreshadow my review of China Mieville’s, “Perdido Street Station”.

Our story follows a scientist-wizard named Issac, who lives in the metropolis “New Crobuzon” with his hot bug-girlfriend named “Lin”. Their relationship is a secret because inter-species romance is taboo among the more elite social circles. Don’t worry though – you’ll get plenty of hot human-on-bug action (okay, in all seriousness, it’s not as lewd as I’m implying).

The plot kicks off when Issac is approached by Yagharek, a bird-man whose wings were removed as a punishment of some kind. Yagharek asks Issac to restore his ability to fly, and Issac agrees to take on the challenge.

Over the course of Issac’s efforts, he accidentally releases dream-eating, murderous, interdimensional moths onto the populace. To stop them, Issac teams up with Yag, Lin, and a wide assortment of other characters in order to stop these monsters from feasting on the entire population of New Crobuzon.

The world is vivid and dangerous. The government is corrupt and dystopian. Poverty is rampant. Punishments are customized to an individual’s crime. People are disfigured by alchemical processes as a sort of gross, karmic justice. These unfortunate souls are known as Remade. Stole a painting that depicted birds? You’re gonna have feathers infused into your skin. Stole a horse? You’re remade into a donkey-human hybrid and now have to pull street carriages for a living. 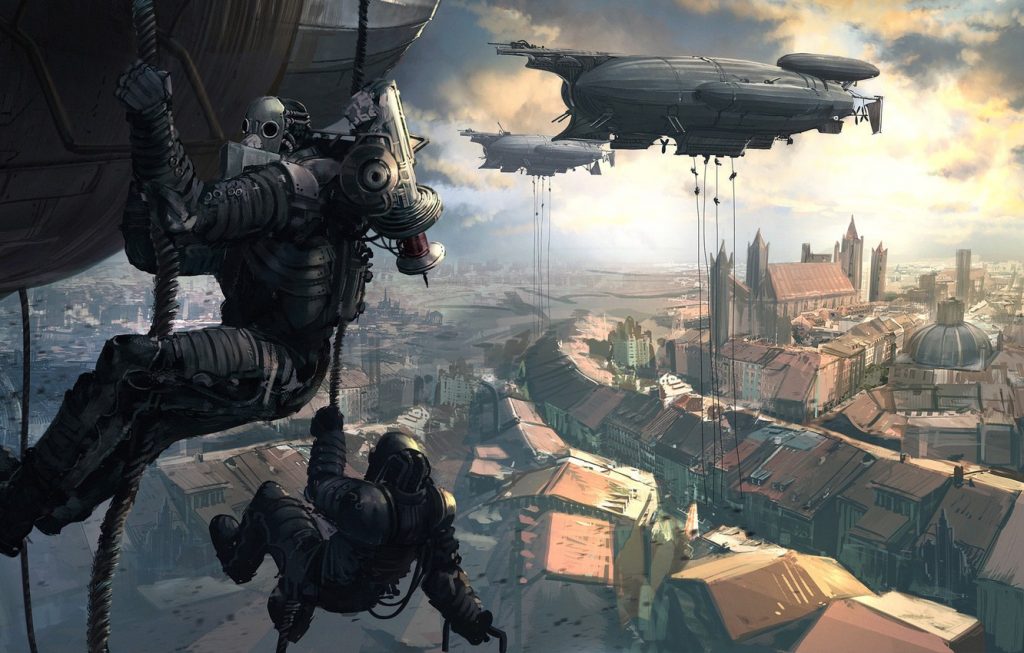 Let me start off by saying that I recommend “Perdido Street Station”. It’s a very detailed fantasy world with some truly unique elements that all come together with one of the most in-depth looks of a fantasy city I have ever read. New Crobuzon is grimy, grim, and full of character. The races developed here are fascinating and unique, steering far, far away from the box-standard Tolkien races of Dwarves and Elves.

The monstrous moths that are the villains of the story truly feel monstrous, yet at the same time they never come across as being anything other than animals. You often see in horror films that the spooky ghost or monster likes to dick around with the people it eventually murders, but that’s not the case here.

These murderous moths are hunting because they are hungry, and humans are its food. There’s nothing more to it than that, yet they never come across as anything but horrifying. By the way, there’s a good amount of body-horror in this book, so if that’s something to be warned about if you’re on the squeamish side.

The main cast is relatable, with distinct personalities and motives, and it sometimes feels like the city itself is its own character. 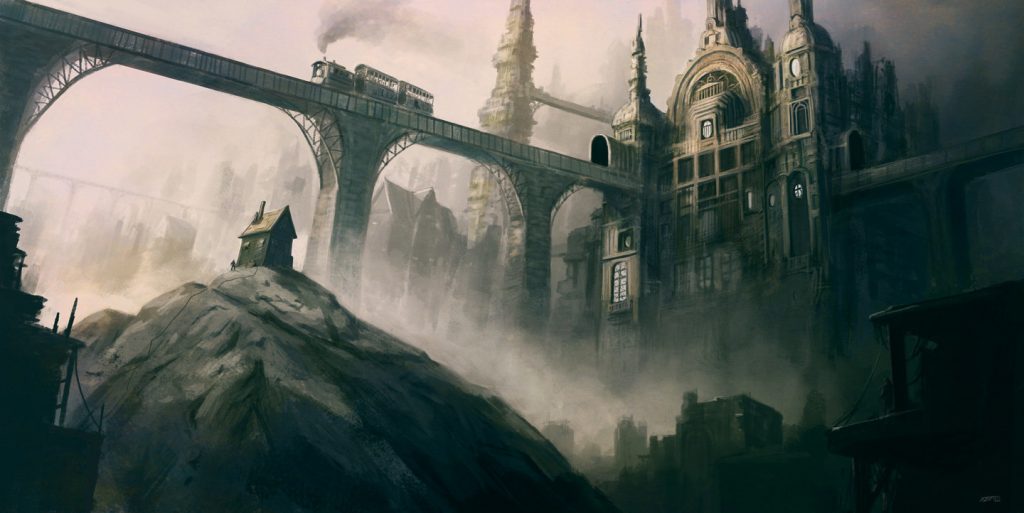 No book is perfect, and “Perdido Street Station” is certainly no exception. First off, I read through this entire story and still had to google what the name of the city was afterward. I just did not find the name “New Crobuzon” to be very memorable. That’s just a tiny nitpick, though.

I feel that “Perdido Street Station”‘s greatest strength and its greatest weakness is its worldbuilding. This goes back to what I was saying right at the beginning of this article. “Perdido Street Station”‘s worldbuilding is so in-depth as to be excessive. There were parts where the pace really slowed down to talk about a building’s architecture or a subculture, and my eyes glazed over and I skipped ahead to when a relevant character appeared again.

Maybe a third of this book could be cut out without forsaking any of the important plot points.

At times, it feels like the author created a world to play Dungeons & Dragons in, and then decided to write a book about it. There’s even a part where Issac hires some “Adventurers” who do anything for “gold and experience”. They all have cool magic items and names and implied backstories, and then get murdered and are never relevant again.

That’s kind of a running gimmick with a bunch of elements of this book. For instance, there’s a cool race of weird zombie-hand things that parasitically attach themselves to hosts and live in secret among the populace… until they get murdered and are never mentioned again.

“Perdido Street Station” also tends to over-explain its magic system. There’s a bit where Issac is talking about his work to Yagharek, and he starts throwing out words like “Crisis Energy” and it feels like technobabble ripped straight from an episode of Star Trek.

If I were to describe this book in a single word or adjective, it would either be “Bloated” or “Excessive”.

As a sort of side tangent, the advantage of having such in-depth worlds is the sheer variety of solutions characters can attempt to solve any given problem. For instance, when the Moths start their murderous hunts, the Government opens a portal to literal hell and asks a demonic ambassador for assistance (who refuses because these Moths even scare demons).

“Perdido Street Station” also does a good job of handling the more lurid parts of its world. While it certainly doesn’t avoid the topic, it never feels like the author is fetishizing the weirder, grosser aspects of the story. It’s depicted as more of a sad reality rather than something to be reveled in, and kudos to the author for that.

Some authors I’ve read seem to get weirdly into the sex-parts of the story, and it can pull me straight out of an otherwise good story if not handled well (Cough-”ExilesAtTheWellOfSouls”-Cough). There are limits as to what I’m willing to read, and I’m relieved to report that despite all of the body horror, inter-species romance, brothels, and grim atmosphere, “Perdido Street Station” never crosses the line from “Gritty Worldbuilding” to “Fetishistic and unnecessarily gross”. 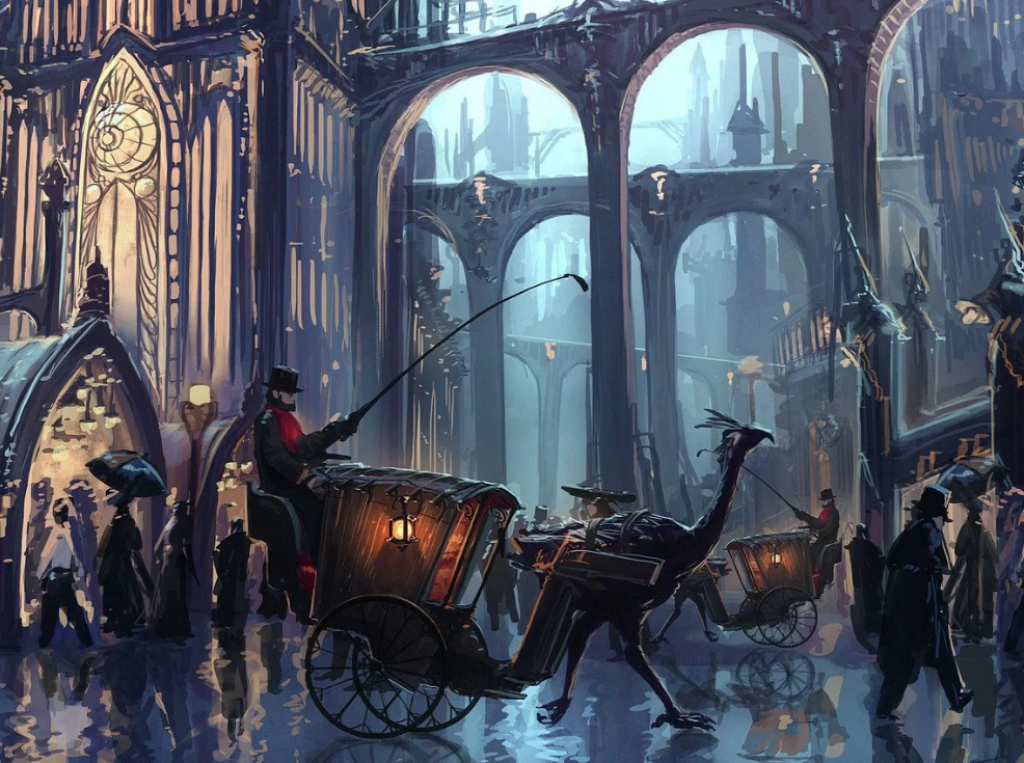 Now, it sounds like I’m very down on this book, but I’m not. I enjoyed this book. At it’s best, the worldbuilding adds too much to “Perdido Street Station”. It makes the world feel so much more alive. There are plenty of parts to this book that I am simply not going to be able to cover in much detail for this review. I never even touched on the totalitarian and corrupt military-government, the cactus people, or the walking, talking, drug-slinging abomination of a man named, “Mr. Motley”.

I never even got to my favorite character, an insane dancing spider named “The Weaver”, who has the habit of mutilating people at random because he thinks it makes the world prettier.
The worldbuilding is great. It’s wild and creative, and Mr. Meiville is not doing himself an injustice by describing his work as “Weird Fantasy“. There’s just too much of it. It seems to me that this book needed a harsher editor.