Are Memory Foam Mattresses Safe To Sleep On? – 2022 Guide

This is a question that you will sometimes hear asked. Before we look at the answer to it there are a couple of things to look at first that will help clarify things as we investigate this.

First, we need to look at just what memory foam is. Where it comes from and where it is used.

The second thing to examine is just why some people would think that there could be any unsafe aspects of sleeping on a memory foam mattress.

So just what is memory foam? Memory foam is a temperature-sensitive foam material that molds itself around weights placed on it and gradually returns to its original shape when that weight is removed. Remembering the shape gives this process the name ‘memory’ foam. See a range of memory foam mattresses here. When used for a mattress the temperature sensitivity and the gradual forming around the shape of the body while still retaining support is what gives memory foam one if its key advantages. It supports the body so uniformly and well that one of the earlier uses for memory foam was actually in the medical field. When patients had to be immobile for long periods of time it was used to prevent pressure sores from forming as it spreads the pressure evenly rather than at single points.

Memory foam was originally developed in the mid-1960s by NASA, an organization that has safety baked into its fundamental makeup, as a way to improve the safety of aircraft seats providing better protection against impact than previously used materials. In the original incarnation, memory foam was known as Tempur Foam.

In the intervening years, there have been various advances and changes in the formulation of memory foam, particularly for mattresses. Changes in both the physical make-up, such as the inclusion of gel beads in some and the ingredients used with a variety of substances added by manufacturers including aloe vera and other healing or aromatherapy materials.

It is not only in mattresses that memory foam is found. There are numerous other places that the properties of this material have made it an ideal fit for. It is found in some headphones, gymnastics and yoga mats, bicycle seats, sports helmets, and insoles among other places. Memory foam bathmats are also commonplace. Again this is due to the fact that it distributes pressure so well and can be incorporated into mats well suited to the bath environment. 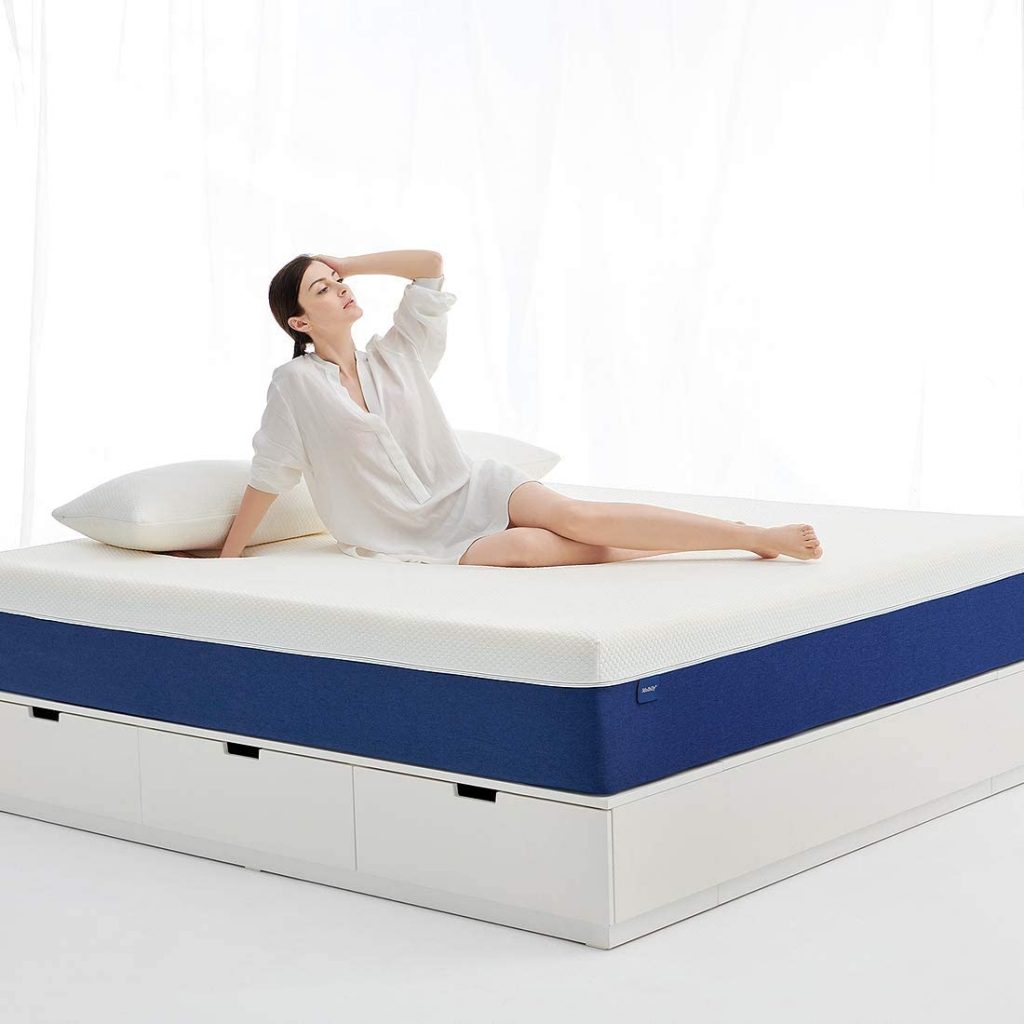 So, with such a well-respected history and with such widespread adoption of so many different products in our daily lives why would some people worry about the safety of these mattresses? The reason most often cited is something called ‘off gassing’, you may also hear it referred to as ‘out gassing’.

Just what is off-gassing? You may be familiar with that new car smell, or the smell you get when you unwrap a new carpet. It also happens with new paint or vinyl. The smell that you associate with new products is a result of what are known as volatile organic compounds (VOC’s) used in the original manufacture being released into the atmosphere when new things are unwrapped, opened, or exposed to the atmosphere originally. As you will have found the smell dissipates over time and your items no longer ‘smell new’.

Some of these VOC’s are a result of the manufacturing process of the memory foam itself. In today’s world we also have strict fire safety requirements for furniture in most countries and the flame retardant chemicals that are needed for this can themselves be a source of volatile organic compounds and hence some off-gassing.

It was also the case that previously some early manufacturers would include some actively harmful chemicals as part of the process. In most developed nations regulatory bodies have clamped down on just what can and cannot be used to produce materials such as memory foam for furniture use so a lot if not most of the historical concerns have now been addressed. It is pretty well accepted that the level of chemicals is so low when it comes to outgassing from just about anything we buy that it produces minimal or no risk. This is more a matter of personal taste on most occasions.

It is even possible now to search for green, eco-friendly mattresses that have been manufactured with natural ingredients free from VOC’s and therefore with no or minimal chance of outgassing.

Another advantage of strict control over the creation process is that governments require clear labeling so you can be reassured by reading the list of chemicals used. This gives you the ability to research each mattress and gain the comfort of knowing that any potentially harmful VOC-producing chemicals have been either minimized or cut out of the process altogether.

With all this said it should also be noted that off-gassing is usually a transient process. This means that the smell, and release of VOC’s, is most noticeable right after first unwrapping and fades over time, often very rapidly. 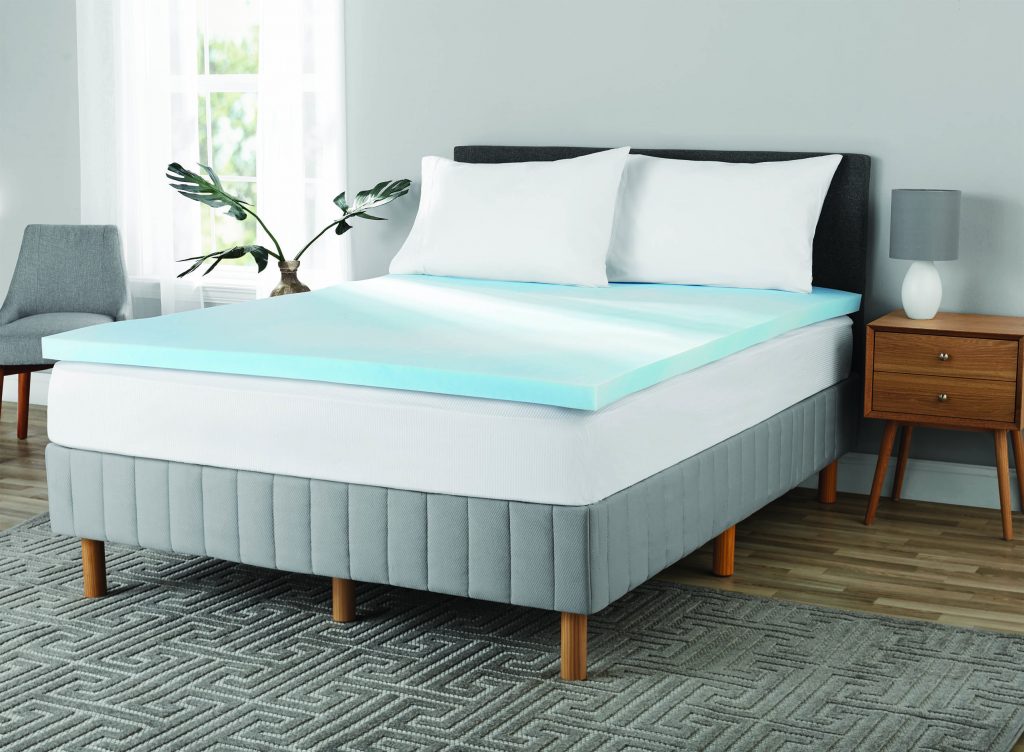 Should there be any remaining concerns even after knowing the history of the material, learning about how widespread its use is and the availability of natural, organic options you can still reduce worry further if there is any odor from your new mattress, to begin with? The best way to do this is to open the packaging of the new mattress in a well-ventilated area and allow it to breathe for a time. If you have space, time and luxury to do so you may even choose to open it up in an outbuilding or area and leave it until the new smell is no longer noticeable. Be advised however that you may find it hard to move the mattresses around as when opened it will tend to expand to its full size and with the weight of the supporting foam could be awkward to move around depending on where you have placed it. It may be easier just to leave it on your bed early on in the day of purchase and wait a while before making the bed.

There are countless numbers of satisfied, happy and comfortable users of memory foam mattresses. Are they safe to sleep on? Yes, they are true.

How to Avoid Overdecorating Your Bathroom