We have reviewed a few mountain bikes in various articles, such as the best in categories of under 200, under 300, and under 500. However, what we haven’t covered there are the best bikes by size. That is why we have written this article about the best 27.5 inch mountain bike choices of 2022. 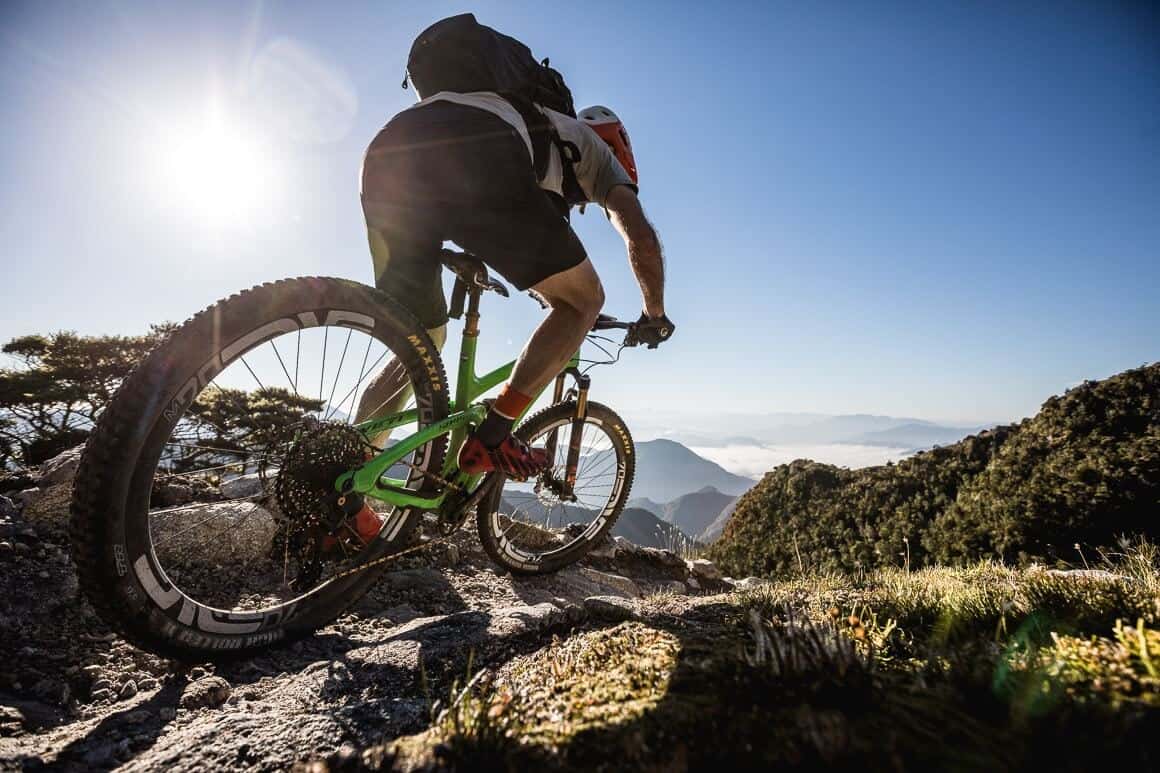 As with all mountain bikes, there are quite a few things that you need to consider when you are buying one. One of those is the size of them. In the past, the two most standard mountain bike wheel sizes were twenty-nine inches, and twenty-six. However, they were often too large or too small for some people.

That is where the 27.5 inch mountain bikes came along. They’re a compromise between the two sizes that were already available, and they were greatly received. So much so that the 26-inch variant actually became almost set aside from the standard, and moved into being the exclusive possession of dirt jump bikes, free ride, and children’s bikes.

The debate is still open to which is the best size for your wheels. And to be honest, that all depends on what you are planning to do with the bike. However, we will go into that further in a future article. In this article, we are going to focus solely on the 27.5 bikes.

One of the best hardtail mountain bikes out there is the Diamondback Sync’r. Diamondback has been a massive contender in the mountain bike realms for a long time, and it is no different today.

I will not go into the whys of their status, as I am sure you are aware of how large they are. What I will do is talk about the bike!

While you may think that a hardtail is not for you, if you have not tried the Sync’r, then you do not know what you are missing. Straight out of the box, this may be one of the best 27.5 inch mountain bikes that money can buy.

It is a mountain bike that is more than capable of tackling almost anything that you throw at it. Whether you want a bike for just around town, or if you are looking at trailing or downhill courses, this bike WILL produce results that you are happy with every time.

The progressive geometry of the frame provides you with a lot more room to move about and also enhances the precision of riding. That may be a little bit of a downside for the people who would rather be a bit more upright, but we did not find it to be an issue. Let’s not forget that this is a mountain bike that is for all-round use.

Having a hardtail mountain bike is not frowned upon as much now as when full suspension first hit the market. And for a good reason. They are great all-round mountain bikes, and this one proves it. Although full suspension may be better if you are doing a lot of off-road biking, the Sync’r will not disappoint you.

It is also one of the better 27.5 inch mountain bikes that you can buy. However, if you ever do want to change them for 29ers, this can accommodate them.

If the hardtail bike above is not convincing you about being the best 27.5 inch mountain bike, then perhaps this one will? As I said in that section, people get automatically drawn to the full suspension variants of many mountain bikes. Now, that could be because they are the newest style, or it could just be for comfort on the trails.

Either way, Diamondback has done it again.

The absolute first thing that I would say that is a downside to any full-suspension mountain bike is that when you are pedaling, a lot of the force transfers into the rear suspension. I know a lot of you reading this may know this, but when you usually pedal on a full-suspension bike, you tend to “bob” up and down.

With the Diamondback Release 1, this was the first thing that they thought of changing. They have incorporated their Level Link suspension system that completely isolates the drivetrain from the suspension. That means that you can accelerate with the effortlessness of a hardtail, but still keep the comfort and abilities of a full-suspension bike.

There is a lifetime warranty on the frame, so long as it is the original owner that owns it. However, that does not include the SR Suntour forks. The main reason for that, I presume, is that SR Suntour does allow the end-user to maintain them themselves, while companies such as Rockshox do not.

If you are looking for a top-end, 27.5 inch mountain bike with full suspension, then this may be the one to get. It will perform slightly better on the trails than the hard-tail, but that depends if you are going to use it to its potential.

Electric mountain bikes are the new addition to the bike range. Although they are not that new in reality, they are certainly getting more mainstream. That is why we have included the NCM Prague. You may well be a little apprehensive about buying an electric mountain bike for off-road, but you really shouldn’t be.

NCM is a German manufacturer, and we all know what sort of quality they provide you. The NCM Prague is no different.

The first thing that we need to look at is the electrics. The kit that you receive with the mountain bike is all-inclusive. A 350W rear-drive motor connected to a 468W/h battery has enough power to keep you going for up to 40+ miles (depending on weight and terrain). Not only will it get you that far, but it can also do it at up to 20 MPH! However, you do need to think about how you are going to use the bike. If you are heavier, you will not get the same results as someone who is very light.

One of the best things that the electric mountain bike is good for is to help you get up some of the tougher hills. With the pedal-assist feature, you still have to try, but the battery will last you a lot longer when you only use it for assistance.

NCM is one of the biggest e-bike brands in Europe, and I am sure that you will see why, with this bike!

If you are looking for an electric 27.5 inch mountain bike, then this is undoubtedly the way to go. The Germans have had the upper hand in technology in Europe for a while, and this bike proves it. If you are thinking of going very seriously off-road, though, I would still suggest the full suspension, Diamondback Release 1.

All three of the best 27.5 inch mountain bike reviews that we have done in this article are great. However, I think, as with anything, you have to look at what you are going to use them for. If you have a long commute to work and want to do fair weather off-roading, then the NCM is probably your best choice.

If you do a lot of town riding with some more severe off-roading, then I would suggest the Diamondback Hardtail Sync’r. However, if you want some serious offroading machinery able to tackle anything you throw at it, then go for the Diamondback Release 1.